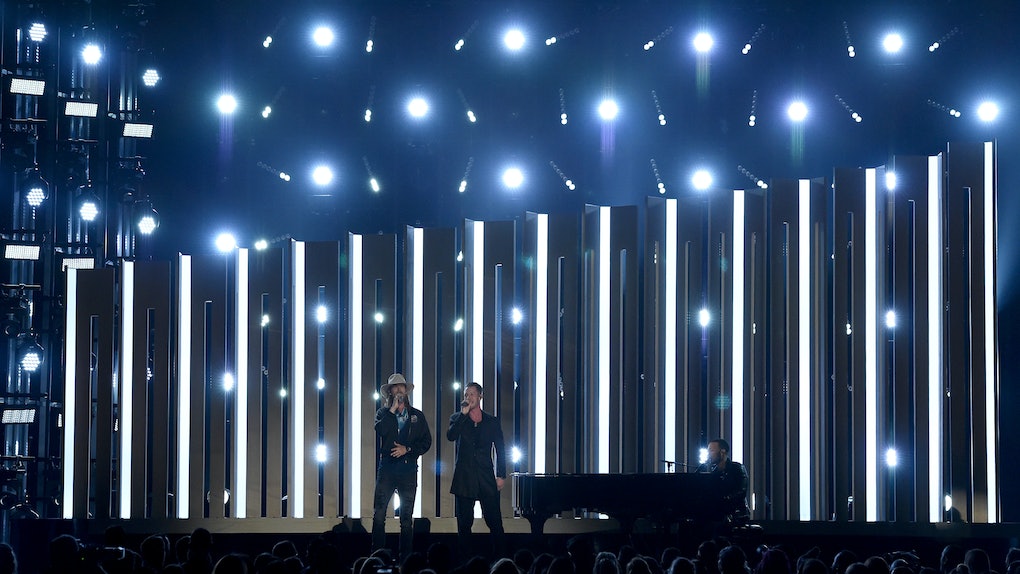 The Billboard Music Awards are only a few weeks away, and the line up this year is going to be spectacular. For the first time the music awards will be broadcast by NBC, and to celebrate, it's taking the newest judge of The Voice, Kelly Clarkson, and having her host the show. But for cord cutters, this might present a bit of a dilemma. For those who want to watch the awards show, here's how to stream the 2018 Billboard Music Awards as well as the red carpet.

Thought the show is a step down in status from the Grammys, it's also one that has its finger on the pulse of popular music far better than its more respectable cousin. The most decorated nominees this year are Kendrick Lamar and Ed Sheeran, with 15 nominations each for their albums DAMN. and ÷.

In the Female Artist category, Taylor Swift came away with five nominations for her Reputation album, while Cardi B was far more dominant with eight between “Bodak Yellow (Money Moves),” and her collaboration on "Finesse" with Bruno Mars.

Kelly Clarkson's press release that she was hosting promise that she'd been exactly what we want from her:

To prepare for hosting the Billboard Music Awards, I already have 20 costume changes planned. I will be flying in like my girl P!nk, and calling Amy Schumer and Sarah Silverman for jokes. Well, or I’m just gonna show up and celebrate my favorite artists and get to know a few more. Yeah, maybe I’ll go with that plan.

When it comes to making content available NBC is pretty good at offering live streams. For the nominations a couple of weeks ago, there was a live stream of the announcement (made by chart-toppers Khalid and Bebe Rexha) that ran on both Billboard's website and their Facebook, simulcast with it airing on The Today Show.

With E! being part of NBCUniversal, it's almost certain that the red carpet affair will be covered between the two channels, with live streams found on their respective websites. The program itself airs on NBC starting at 8 p.m. ET and should be available on NBC.com, as well as the NBC app. You can also follow the Billboard Music Awards (The BBMAs) on Twitter and Facebook, which will doubtlessly be updating throughout the night.

According to NBC's site:

The Billboard Music Awards showcase the hottest musical acts, biggest performances, unexpected collaborations and buzzworthy pop culture moments that will have the world talking. Billboard Music Awards finalists are based on key interactions with music fans, as well as album and digital songs sales, radio airplay, streaming, touring and social engagement, tracked by Billboard and its data partners, including Nielsen Music and Next Big Sound. The finalists and award winners are determined using data reflecting a 12-month tracking period. Since 1940, the Billboard charts have been the go-to guide for ranking the popularity of artists, songs, and albums, and are the ultimate measure of success in music.

Check out some of the major nominees for the this year's ceremony: