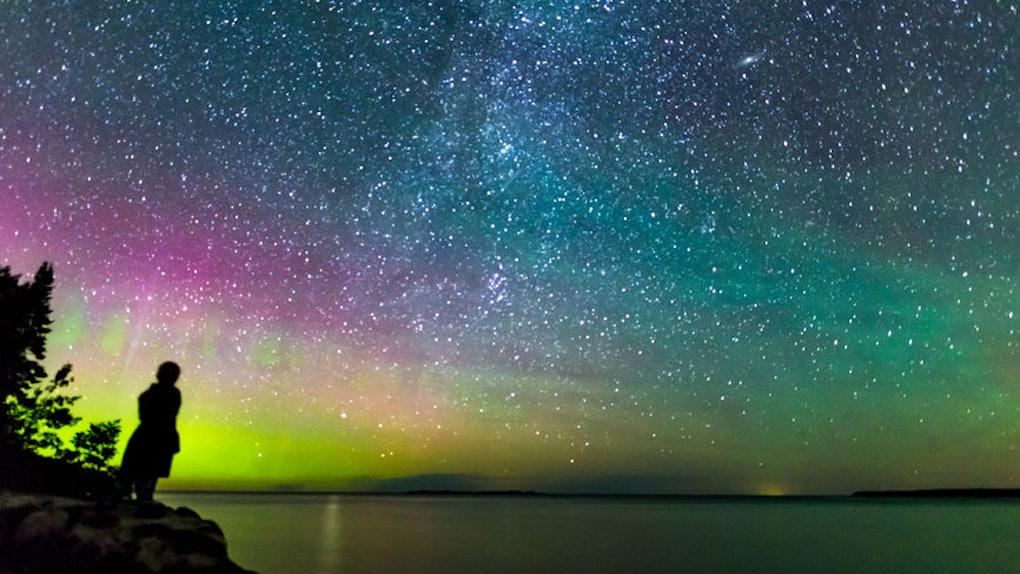 Can you believe we're all tiny star seeds floating around in an infinite galaxy? I know, I know. It's hard to imagine, especially when you get to experience some of mother nature's beauty first-hand. Speaking of beauty, if you're wondering how to see the Perseids Meteor Shower 2018, we've got you covered. Trust me, as a fellow stargazer, there's nothing I love more than a shooting star, let alone a plethora of sparkling meteors.

So, what exactly is a meteor? Well, as per Astronomy Today, meteors, (aka shooting stars) are the streaks of light produced when a meteoroid burns up in the earth's atmosphere. The meteoroids, which produce the meteors, are dust and rocks in space. Now, for those of you who haven't had a chance to witness this celestial phenomenon, it looks like a cluster of shooting stars falling towards us, as seen from the earth.

According to Space.com, the Perseids Meteor Shower is the best meteor shower in 2018. That's not all, stargazers. Apparently, this year will be extra spectacular, considering the moon will be in its dainty crescent phase (near new moon phase) leaving a dark canvas in the sky for the meteors' vivid streaks and stellar fireballs. Are you ready?

Here's a closer look at how you can witness this stellar magic:

The Perseids name derives from the constellation Perseus, and the Perseid Meteor Shower happens every summer, as per Space.com. It's when the earth passes through a trail of stardust, which was left by the XL and in charge "Comet Swift-Tuttle." Apparently, this comet makes a cosmic cameo near earth every 133 years, during its orbit around the sun. This is when the meteors rush through the night sky, and pieces of debris start to go up in flames. According to Space.com, the Perseids shower is known for its "fireball"-like appearance. I don't know about you, but I'm picturing all of this in my head, and well, mind blown.

Where To Catch A Glimpse Of This Cosmic Event

The Northern Hemisphere, aka China, India, and the United States, has front row seats to the Perseid Meteor Shower. Woohoo! The only thing to keep in mind is, you need to find an area where there is complete darkness, like the country side or suburbs. It normally takes a couple of minutes for your eyes to adjust to the darkness, so the longer you wait, the more you'll see. Stargazers in the Southern Hemisphere, however, will have to look toward the northeast horizon to see the meteors, as per Space.com.

According to Space.com, earth has already started its journey through Swift-Tuttle's comet path, as it began on July 17. However, the meteor shower's peak is on Aug. 12, when the earth glides through the area with the most stardust. What this means is, viewers will see the most meteors during (or closest) to the shower's peak time. However, not to worry, if you don't get a chance to see it then, you can still catch a glimpse of the Perseid meteors, just in smaller numbers, of course. Truth is, the earth will continue its journey through this magical trail of stardust until Aug. 24. So, there's time.

Raise Your Hand If You're Going Camping

Alright, alright... maybe not camping per se. Although, you better believe I will try my absolute best to drive out into the suburbs and watch this cosmic fiesta first hand. The best things in life are free, people. I say we bask in mother nature's goodness. Why not, right? Besides, if wishes come true with just one shooting star, can you imagine a meteor shower?