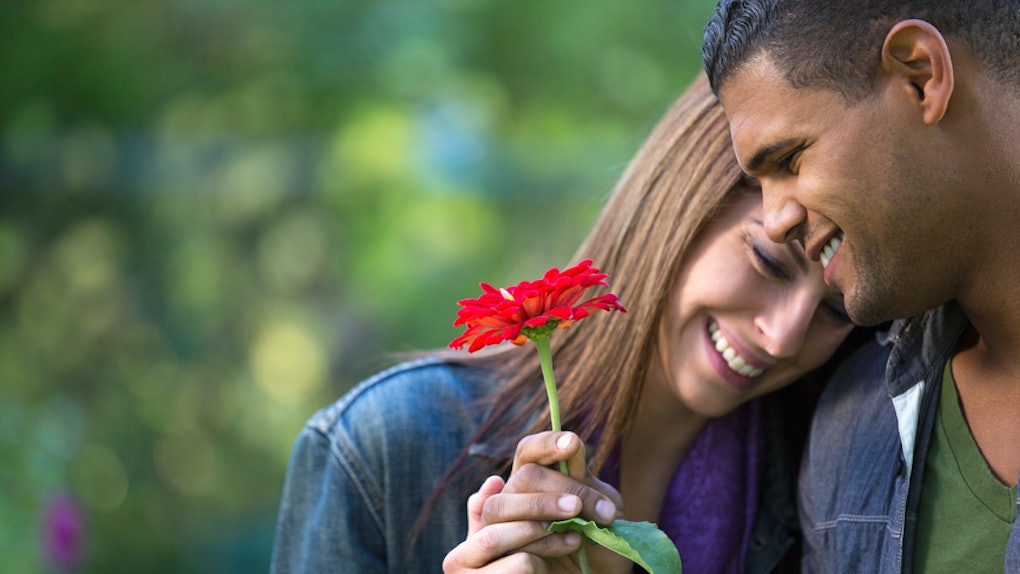 How To Romance Your Boyfriend, Based On What Real Guys Find Romantic

My boyfriend is definitely the romantic one in our relationship. He's the one who remembers random things I've said in the past and uses those things to create an unimaginably thoughtful gift that I didn't see coming in a million years. OK, I'll stop gushing here and cut to the chase. Of course, I want to show my boyfriend I love him in the same thoughtful way he conveys that to me, but HOW do I do that? Well, a recent Reddit thread in which guys explained how to romance your boyfriend may be helpful here.

And the best part? These are actually creative, thoughtful pieces of advice. They're not just dumb dudes telling you to go home and boink your boyfriend. These are real answers based on what really makes these guys feel happy and loved — other than sex. Of course, every man is different. What some of these guys enjoy may not be the same thing as what your boyfriend would enjoy. But use these responses as some inspiration! Maybe combine two of the suggestions and do one super-romantic gesture for your partner (or your husband or your casual hookup buddy whom you aren't calling a hookup buddy) to show them how much you care.

He wants you to take him out and spoil him for no reason at all.

I want to be taken on a fucking date and have it clearly communicated before hand that I'm being spoiled and won't be paying for shit.

And I don't want it to be for any special event like my birthday or whatever, that cheapens it because you're supposed to pamper your man on his birthday.

Besides that just bringing home a beer I like unexpectedly would make me feel loved so it's not like you need to go crazy, just show you're thinking of him during your day (through actions, not texts or whatever, that shit can be smothering)

Touch is the fastest way to his heart.

For a surprisingly large number of us, touch IS our "love language". Touch him, cuddle, hug, fondle, kiss, nuzzle, grab them big man-paws and put them on your body. Touch.. Is words in action.

He just wants to feel wanted.

He wants to be treated after a long day.

Being treated. After a good couple hard days and my wife knows I’m tired or stressed, she’ll tell me to relax and put on my favorite shows and makes me something to eat or gets me coffee. And then just cuddles up next to me or let’s me be the little spoon

She puts down her phone and gives him her full attention.

When she pours two glasses of whiskey and puts down her phone.

He just wants to cuddle and talk.

My last date, we didn't have sex because she wasn't feeling up for it.

So we spent the entire time just hanging out and talking, cuddling up, and massaging each other. It was incredibly romantic, and I came away from it feeling real good.

A good inside joke is the way to his heart.

Shared inside jokes. When something reminds you of that inside joke and you look at the other person and you both grin because you know you're both thinking the same thing.

A soulful connection warms his heart.

Talking. Not about anything in particular, often without direction. Just that soulful connection. I live for that.

You can have a "sensuous" experience without having sex.

Something personal and sensuous. Reading together or being read to.

A compliment goes a long way for him.

He just wants to be called... your king?

One of my past girlfriends used to call me her king in her native language. I thought it was very flattering and romantic. This is coming from someone who actually hates pet names but she managed to put so much dignity and respect into it. She knew how to treat me.

Plucking his back hairs is a real act of romance for him.

Plucking my random back hairs.

All right, now, go plan that grand romantic gesture you've been working on!