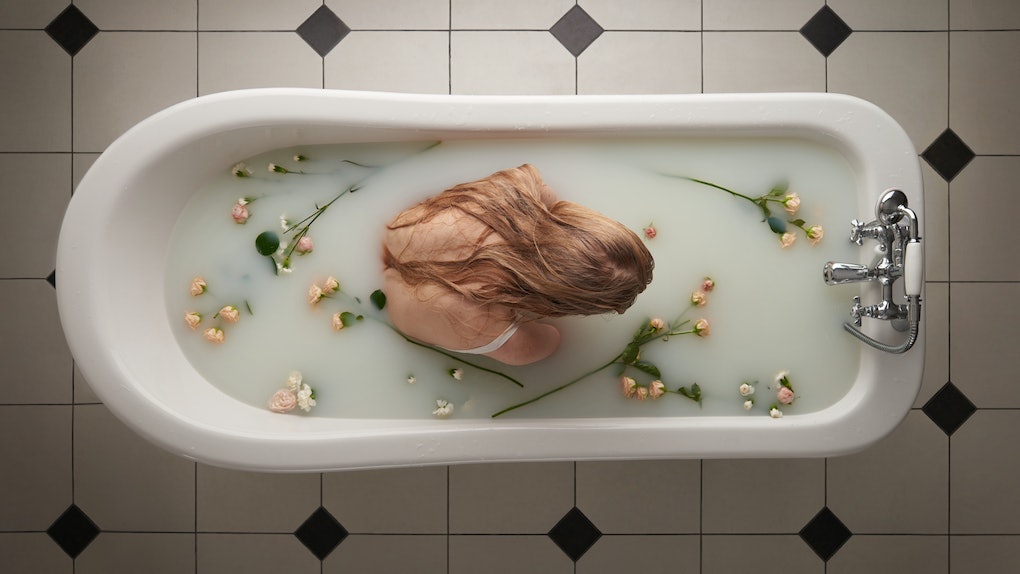 How To Get Through The Winter Blues, Because You Can't Sleep For Three Straight Months

If you thought the holidays were exhausting, strap in. You now have to deal with just... winter, and if you haven't noticed, that can make us all a little tight. Winter bums me out, and I know I'm not the only one. How to get through the winter blues without hibernating until spring, you ask? There are a few subtle life changes you can implement for high-impact success, and they aren't hard enough for you to use "but I just caaaan't," as an excuse.

If you weren't aware already, it turns out that Seasonal Affective Disorder is no longer classified as a mood disorder, instead it's classified as symptomatic of other mood disorders in the DSMV-5. Therefore, unless you've been diagnosed with depression or another mood disorder this falls under, you don't get to say you have it. But that doesn't mean that winter can't provoke a bout of the blues in all of us.

After all, reduced sunlight, a decrease in daily outdoor activity, and a full year without "Game Of Thrones" is enough to bum anyone out. But just because winter is a drag doesn't mean life itself has to be. There's plenty you can do on even an every day, low-lifting level to nourish your spirit until spring has sprung again — and remember, it will. The only constant is change, people! So keep your chin up, and try these simple tips to slay the winter blues.

Brighten up your environment.

The lack of sunlight outside can definitely decrease the amount of vitamin D you intake, so taking a supplement can help, but also, light therapy — which is also suggested as a therapeutic cure for S.A.D., can help boost your mood. In fact studies have shown that sitting by an artificial light box for thirty minutes a day can help with the blues as much as antidepressant medication.

Get out of the house.

As someone who works from her home, I cannot recommend this enough. I know that cold temperatures make you want to snuggle on the couch with the remote and not come out until spring, but it really does help, no matter how cold it gets out there, to just take a brief walk and get some fresh air. Whenever I do it, I come back more focused and refreshed. You don't even have to take my word for it, though. Scientific studies can back me up on this: spending time outside will boost both creativity and concentration.

Not all exercise has to challenge your will to live. In fact, when it's absolutely freezing outside, just a little exercise can go a long way. You could even combine my last tip, and kill two birds with one stone. Harvard University published a study that suggested walking fast for about 35 minutes a day five times a week, or an hour a day three times a week improved symptoms of mild to moderate depression. You don't need a gym membership for that.

OK, so you have roommates who dislike loud music. That doesn't mean you can't make use of it's benefits on a lower volume. In fact, when there's a Bomb Cyclone brewing outside your window pane, nothing can bring a smile to your face faster than listening to your favorite song. The effects aren't just short term, either. A 2013 study at the University of Missouri showed that listening to music improved the moods of participants in both the long and the short term. Happiness is literally at your fingertips.

If all else fails, and you've got the money to do it, I say plan yourself a short term vacation to a warmer climate. Even a weekend at the beach can jog your memory, reminding you that, in fact winter is not forever. Visiting a beach during times like these can feel like visiting an old lover. If you've got the budget, go for it.