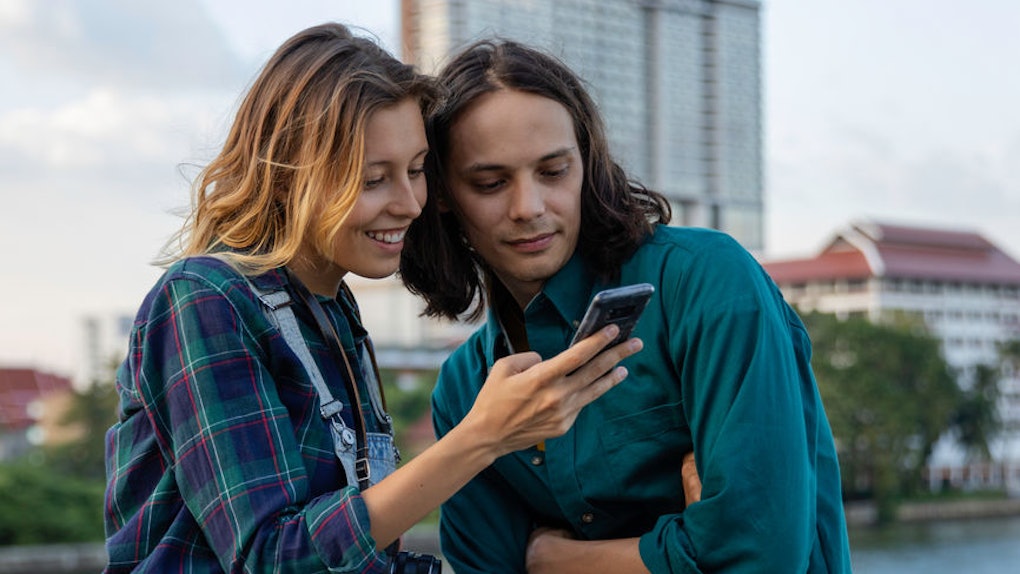 How To Get Someone's Number, According To 9 People, Because The Right Approach Is Tricky

One of the trickiest parts about meeting a potential bae IRL is figuring out how to ask for their number without coming on too strong. For those of us who live in big cities, making connections in passing can be extra tough because so many of us have our I'm on my somewhere and don't want to be bothered armor on. Or worse, we're so glued to our phones that interacting with an actual human who we don't already know feels too bizarre to handle. Figuring out how to get someone's number effectively depends on the specific circumstance. That's why having a few different approaches up your sleeve is key.

After all, the thought of missing out on the bae of your dreams just because you couldn't come up with a strategy to get their number is a huge bummer. Luckily, flirting your way into their contacts doesn't have to be as complicated as you might think. In the end, if someone thinks you're the type of person they'd be interested in seeing again, they're probably not going to say no. And if they do, it's important to be gracious, back off, and not dwell on it too much. So, here are some ways people on Reddit have asked someone for their number.

Start with some small talk.

Just do it. Chit chat a little, if you or he/she have to get somewhere, say that you'd like to talk again sometime, ask for number. The great thing about straight up asking for someone's number during the day is that it seems like a lot of people aren't ballsy enough to do it these days. It sets you apart and it's endearing, so don't worry about being nervous or bumbling.

Say something like, "You seem like a really interesting person, so I thought I would say, 'Hello.' My name is..."

Then, start conversing. Ask questions. Answer questions. Hold up your side of the conversation. It is almost guaranteed to go somewhere if there is any spark of mutual interest.

Talk about doing something together in the future.

Usually when flirting I throw in a lot of future projections, and if/when [they] responds favorably, I follow up with "yeah that sounds awesome! Let me get your number so we can make it happen." and pull out my phone. Real low pressure/natural type of thing.

Last girl that hit on me, just walked up and gave me her # and said "call me some time". That worked out pretty well.

Waitress said to me "You should give me your # sometime." I did. We are now married.

Give them your number.

You don't ask, you give yours to them.

I had a really hot waiter and wrote on the receipt that he had a lovely facial structure and is love to draw him some time. Left him my number and he texted me the next day.

Try to make a genuine connection.

Being an introverted person that doesn't date often, I'd say just genuinely relate to me and then just ask about meeting up again some time.

Field tested this one with a bartender last night. I told her to hand me a piece of paper and started playing tik tac toe with her after some small talk. Before the last game finished, I told her that I had to leave but before I do, I want to draw her a picture. Worked wonderfully!

Even though working up the courage to put yourself out there can be tough, you just might connect with some really cool people in the end. Worst-case scenario, you get in some flirting practice. Best-case scenario, you score a date. Either way, you've got nothing to lose.