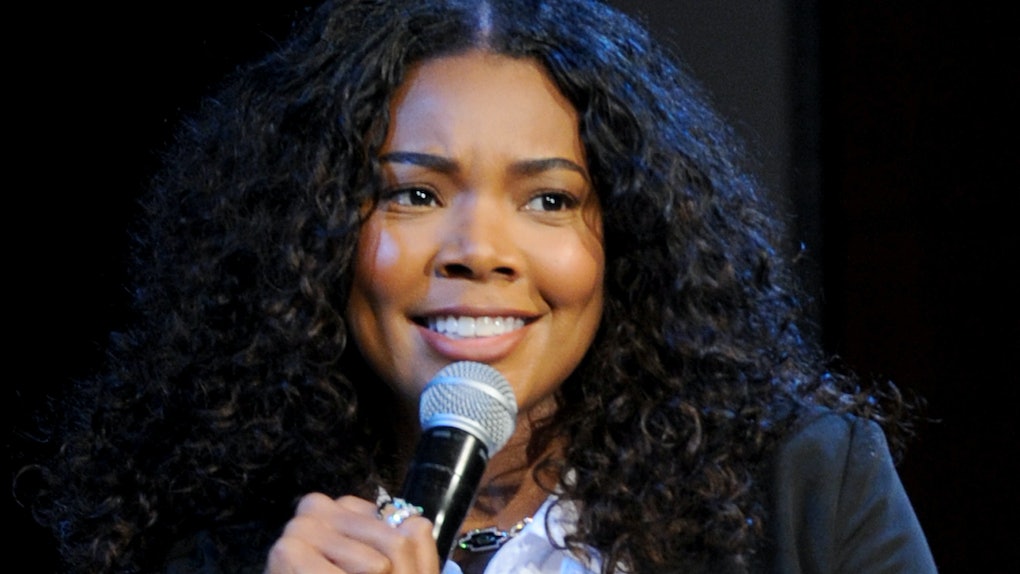 How To Find Relief From Stress In Everyday Situations, According To Gabrielle Union

Life can be stressful, even when you're a celebrity. You have to deal with nosy people, you get sick sometimes, and you often find yourself in situations you don't want to be in. At the same time, it seems like celebrities have to become pros at handling stress for these very reasons, which is why it can be particularly helpful to take celeb advice on how to find relief from stress in everyday situations, because seriously, who has to do that on a more common basis than those in the spotlight?

Gabrielle Union is an amazing role model and woman for tons of reasons, but her advice on how to deal with stress will make you love her more than you ever thought you could love a stranger.

In an interview with The New York Times in the wake of a successful book tour for her recent memoir release, Union revealed her top stress-relief tactic when she finds herself in a situation she doesn't want to be in, and her advice isn't exactly what you'd expect from an A-list celebrity.

Fake diarrhea so hard that people are too uncomfortable to ask questions about why you've been in the bathroom stall for 15 minutes.

Of course, it's Gabrielle Union, so she probably pulls this off while simultaneously appearing sleek as hell. According to The New York Times, this is specifically how she does it:

Ms. Union said she will sometimes claim “gastrointestinal issues” in the bathroom just to get a few minutes alone.

“I fake diarrhea a lot,” she said, laughing.

OK, this honestly isn't the worst idea ever. It's like telling a man you have period issues: There's zero chance they're going to follow up with questions for either of these excuses, and at the same time, there's this totally sympathetic aspect of "aw, well everyone does poop" that might just excuse you from everyone's judgment.

Clearly, Union has some amazing advice, which is a good sign for her memoir, titled We're Going to Need More Wine: Stories That Are Funny, Complicated, and True, a collection of essays covering far darker and more intense topics than anything related to a poop joke, such as sexual assault.

As a victim of sexual assault herself, Union has been an outspoken supporter of the #MeToo movement from the start.

Her memoir is a collection of essays that cover a wide range of topics, from her experiences growing up, to her reckoning with a terrifying and brutal sexual assault.

Of course, Union's advice for handling stressful situations isn't just humor-based. The diarrhea excuse is founded in an emphasis on finding space to decompress and be silent with yourself, a theme that she reiterates in her own journey to maintain well-being.

She told The New York Times,

There’s a valve at the bottom of my canister where I can let things out in a healthy productive way... Like Skype sessions with my therapist, with friends, silence, sitting out in nature, time with the kids, with my dogs. Watching This Is Us — that has been quite therapeutic.

The value of communicating with licensed professionals, combined with that of finding quiet places to think and be alone with your thoughts to process them, is immeasurable.

Union has proved exactly that. Her book, she told the The New York Times, was the natural result of years of therapy. And it's not doing too bad, having already sold 100,000 copies and secured a spot on The New York Times bestseller list.

If we take any advice from Union, the diarrhea stuff might be the first to pop to your mind, because, well, it's diarrhea. But hopefully you'll remember her this point as well: There's something truly invaluable in finding safe spaces to breathe, meditate, and communicate with one another. If it takes a quick bout of fake diarrhea to get there, I'm all for it.