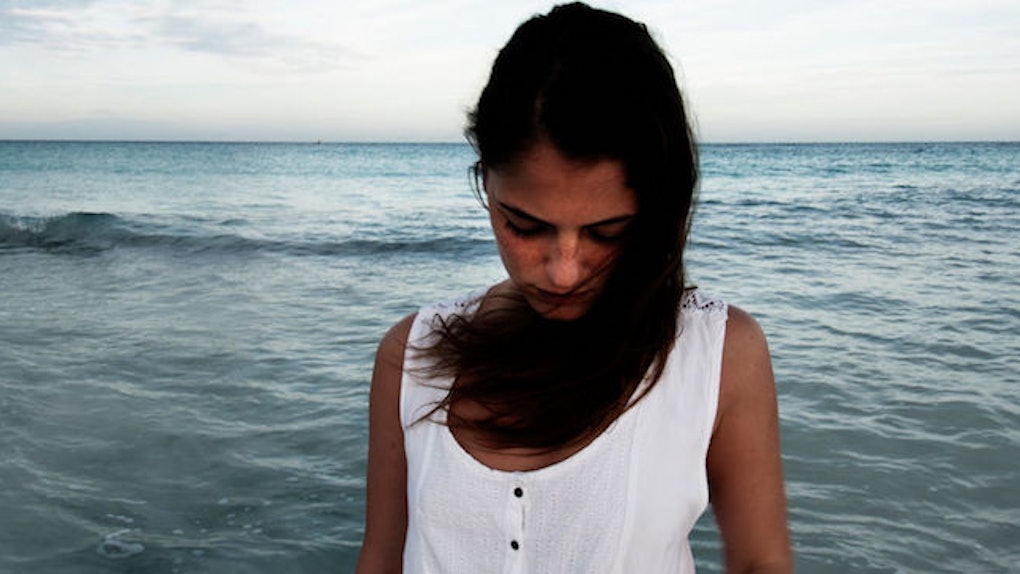 It can be absolutely devastating to be super into someone when they start to date another person. You can have moments of self-doubt, insecurity, jealousy, and heartbreak. If the person you like is dating someone else, there are a few options you can pursue to deal with the situation. I spoke with Chris Armstrong, the founder of the relationship coaching company Maze of Love, about how you can handle dealing with the surge of emotions and this rise of conflict in your life.

Armstrong suggests that before you make any big moves, ask yourself two questions: How much do you like this person and how close is the friendship between you two?

He says if you really like that person, you may have to create some distance while they're in a new relationship, if it stings too much to be around them often.

"This is not to say that you should completely unfriend or turn your back on them," Armstrong tells Elite Daily. "Instead, just find ways to shorten the amount of time you spend with them. You know yourself well enough to know how comfortable (or not) you can be with them while they are with someone else. Trust your gut here!"

If you two are super close and you want them to understand why you may be distancing yourself a little bit, have a conversation about it, says Armstrong. Let them know it'll be hard for you to hear about their new partner, which may be a reason you pull back a little bit.

"The worst thing that can happen is to unfriend or cut off communication with them," Armstrong says. "This is both immature and unfair to both of you."

Canceling that person from your life altogether due to them dating someone is probably a little drastic, especially since it's more than possible you will move on. If you truly are friends, you don't want to lose that friendship. Plus, it's possible you'll move past your feelings and maybe even come to like your friend's new partner, too.

Armstrong strongly advises against making a move on your friend while they're in a new relationship. But, if you really feel like that's the best thing for you to do, he says to be direct and clear about your intentions.

"Presumably you feel the need to tell them because you believe there's hope that they feel the same way," Armstrong says. "Ripping the Band-Aid off will expose their feelings quicker as they will not be trying to guess where you're coming from."

But, of course sharing your feelings in the hopes that your friend reciprocates them could lead to you feeling more hurt – and it could definitely backfire. Your friend could get mad for you trying to meddle with their relationship, and they may want to distance from you after all.

If you remain friends with this person and they break up with their partner, do not pursue them immediately afterwards. You should be considerate of their likely delicate mental state, and they're probably going to want some time being single afterwards, anyway. Your priority should be being their friend first and foremost, and giving them space to grieve the loss of their relationship.

"Assuming you've given them time and shown them the authentic support, hang close with them and see if they reciprocate," Armstrong says. "You don't need to make a formal move in order to make a move and establish their level of mutual interest."

At the end of the day, stay true to your feelings, do what's best for you, and try to be there for your friend.