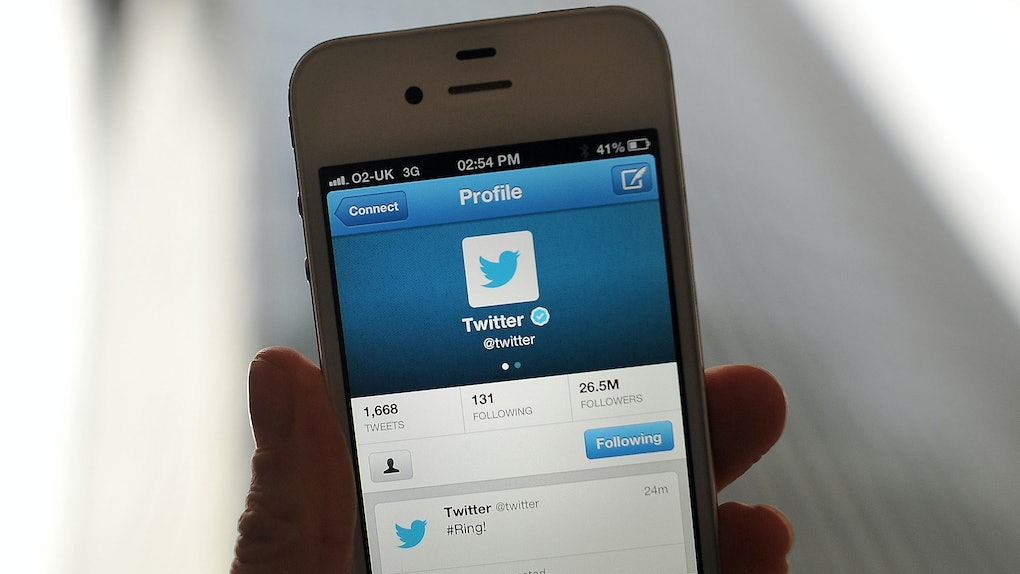 Twitter is a world of its own, and there are plenty of ins and outs to help you navigate the site... whether you're aware of them or not. Lately, one relatively unfamiliar feature has been getting a lot of hype, and for good reason. Here's how to add photo captions on Twitter for accessibility so no one misses out on the shenanigans.

There's nothing quite like a sarcastic tweet from the likes of social media royalty Chrissy Teigen or a funny GIF gaining popularity. Though finding these gems is second nature to us, some users cannot access the same experience due to blindness or other vision impairments. However, Twitter user Rob Long, a blind veteran injured in Afghanistan, is spreading the word on how to make the site more inclusive for everyone.

In a video that has now gone viral, Long explains the importance of captioning photos for blind and sight-impaired users, something many of us probably didn't even know existed. Don't fret: It's an additional feature that doesn't mess with your character count. Long said,

One of the obstacles for us is, obviously, images. There’s a lot of users who are heavily based on posting funny images, or images to do with their artwork or photography, and stuff like that. And Twitter have [sic] made it accessible for us and our voiceover technology by allowing you to put a description up of your images, which doesn’t affect your Twitter character limit or anything like that. And it won’t show up for users who haven’t got the voiceover technology on. So it won’t really affect your post at all. But it makes a massive, massive difference to a blind or visually impaired Twitter user. Obviously, we can participate in your posts a lot easier.

Alright, let's say you made a hilarious photo that all pop culture junkies need to see. How do you make this image accessible to everyone? Here's everything you need to know to help not only catapult you to viral status, but how to make sure all users can experience the greatness.

Since captioning your photos is not an automatic feature, you have to manually adjust your settings. Make your way to Settings & Privacy and then click Accessibility. From there, you have the option to "Compose image descriptions." Voila! That's all you need to do to make a descriptive photo caption so all users get a sense of what you're sharing.

It might seem like a small change, but it can make a huge difference to users like Long. Taking this extra step could make your message all the more strong. In a tweet, Long highlighted the importance of photo captions and said,

I’m a blind twitter user. There are a lot of us out there. Increase your ability to reach us and help us interact with your pictures, it’s really simple and makes a huge difference to our twitter experiance [sic] allowing us to see your images our way.

Let this be a lesson for popular Twitter users like Adam Ellis (@moby_dickhead). The world has followed alongside Ellis as he shares updates from alleged paranormal hauntings in his Manhattan apartment. These threads, known as "Dear David," have captured the hearts and instilled fear (and skepticism) in Twitter users everywhere. No one should miss out on the creepy photographs and unexplainable videos.

However, regardless of the content, it's important that everyone feels entitled to the same material. It might not have been something you considered before, but a brief caption can go a long way. Give it a try before sharing your next viral-worthy material.

Check out the entire Gen Why series and other videos on Facebook and the Bustle app across Apple TV, Roku, and Amazon Fire TV