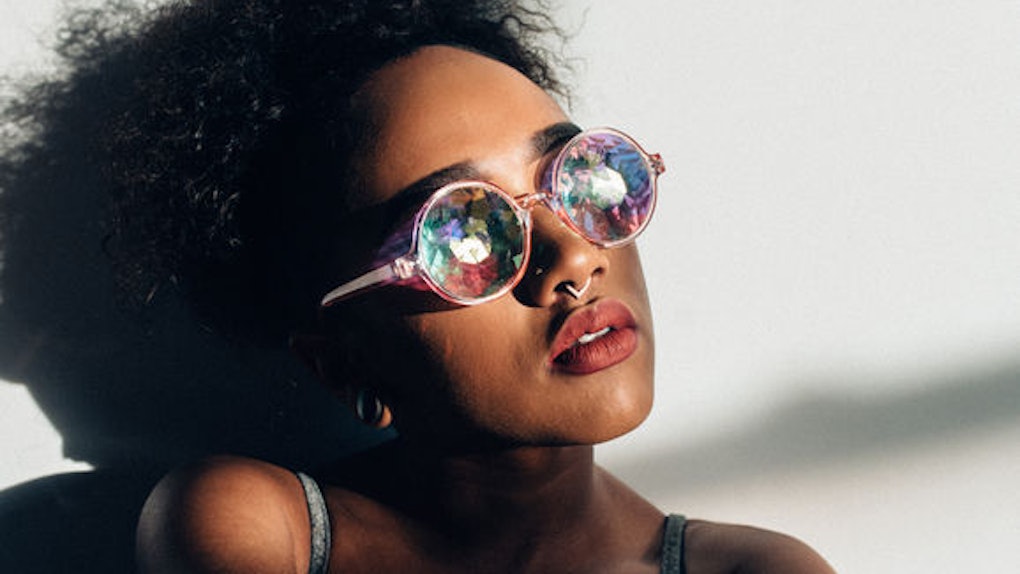 How Stress Affects Your Personality Is Telling Of Your True Colors, So Take Notes

I find it fascinating that the phrase “do you” has become so popular when, really, does anyone know who they really are? No, I’m not about to get all Dr. Phil on you, and no, I’m not having an existential crisis, thank you very much. But seriously, think about it: You can’t honestly tell me you feel and behave like the exact same person when you’re with your parents, your friends, or SO. Like a chameleon, humans' personalities change based on their surroundings, but according to new research, how stress affects your personality, and how you respond to that stress, is what’s ultimately going to reveal your true colors to the world. Basically, from what I can tell, humans play so many different roles in life that each and every one of us deserves an Oscar. Though it’s a little ironic that your most dramatic scenes don’t require any acting skills, amirite?

The news of this study came as a revelation for me, personally, because, for the longest time, I thought my inability to chill and be chilled during times of crisis was a character flaw of some kind. According to this new research, though, it’s neither a flaw nor a strength; it’s just me, “doing me,” as The Teens say these days.

And I’m not necessarily referring to traumatic events or life-changing scenarios, BTW. It can literally just come down to being on a time crunch and having to go from zero to 100 real quick in order to make an executive decision quickly and efficiently. Basically, any time a fire’s been lit under you or your co-workers, or your friends are in a bind and you’re the one who has to figure out a solution, let’s just say sh*t either hits the fan, or it doesn’t. Either way, how you handle whatever's thrown at you is a reflection of your true personality.

For the record, don't try to convince yourself that this way of thinking is old-school. According to the study, carried out by scientists from The Ohio State University and Zhejiang University in China, this is very much a millennial reality. To figure out exactly how stress affects your personality, the study authors recruited 102 college students in both the U.S. and Germany to play a whopping 200 rounds of a game that required participants to choose one of two ways to split a sum of money between them and an unseen partner. Both options would benefit the person actually playing, ScienceDaily reports, but one of the two choices would also benefit the unseen partner a little more. Each scenario was different, and the amount of time participants were given to make a decision ranged from two to 10 seconds — neither of which sounds like a whole lot of time to really think it over, in my opinion.

In the end, Ian Krajbich, co-author of the study and assistant professor of psychology and economics at The Ohio State University, said their findings showed that, any time you feel under pressure, you're probably going to make decisions based on the way you know how to act: selfishly or pro-socially (i.e. in a way that benefits the other person). When you're given more time to think through all of your options, though, there’s a good chance you’ll go against your bias. Krajbich said in a statement,

People may still approach decisions with the expectation that they will act selfishly or pro-socially, depending on their predisposition.

Maybe you're predisposed to be selfish, but see that you only have to give up $1 and the other person is going to get $20. That may be enough to get you to act more pro-socially.

Now, you might be wondering where this bias comes from, because it's a little harsh to assume that people who typically chose an option in an experiment that benefited themselves are actually "selfish" IRL, too. See, at the beginning of the research, these biases were based on how each participant made decisions when they weren't on a time crunch. As they played more rounds, and the time to make decisions got shorter and shorter, it magnified these biases and shed more light on the subject. And Robert Glatter, M.D., an assistant professor of emergency medicine at Lenox Hill Hospital, Northwell Health, agrees, in the sense that this type of pressure and stress does “bring out our primal instincts and reveals our inner drives.” At the same time, though, this isn't necessarily a bad thing. "It’s these characteristics that are actually meant to be lifesaving, helping us to avoid our demise from a very primitive standpoint," Glatter tells Elite Daily. "Being defensive, inquisitive, even argumentative at times are the very traits that are valuable to retain our identities."

And although these sorts of scenarios probably aren't bringing your true self to the surface every single day, according to doctor of psychology and licensed clinical social worker Danielle Forshee, LCC, they are indicators of your personality, and she explains that stress does affect your personality in the long run. Whether those effects are positive or negative? That's ultimately going to depend on you. "As humans, we are fallible, imperfect, and we are who we are, and it’s important to accept that we all have certain personality characteristics that aren’t desirable and, at the same time, we have other personality characteristics that are," Forshee tells Elite Daily. "Our personality is engrained in us," she adds, and, regardless of whether or not it comes out in times in stress, "it is, inherently, who we are." So, for better or for worse, at the end of the day, do you, boo.

More like this
Your Mars Sign Meaning Reveals A Lot About Your Sexual Needs, So Take Notes
By Roya Backlund
93 Clever Group Chat Names For Siblings, Because Your Family Ties Are Tight
By Jasmine Vaughn-Hall
The Netflix Reality Show You Should Watch, Based On Your Zodiac Sign
By Chelsea Jackson
Stay up to date