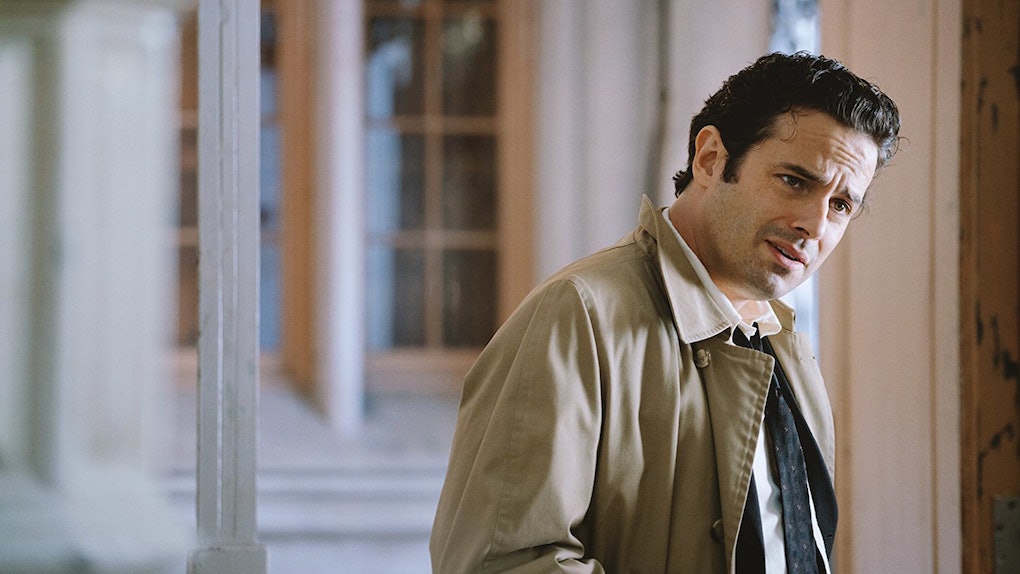 How Real Is Lenny Bruce In 'The Marvelous Mrs. Maisel'? 5 Facts About The Famous Comedian

Although most of the characters in The Marvelous Mrs. Maisel are works of fiction, one main character's name definitely stands out to comedy fans. Yes, Lenny Bruce was an actual stand-up comedian from the '50s and '60s, and a lot of the jokes and elements of his life that Mrs. Maisel presents are true... but the show does take some liberties. So, just how real is Lenny Bruce in The Marvelous Mrs. Maisel? Here is what fans should know about the actual Lenny Bruce so that they can enjoy the show even more.

1. He was discharged from the U.S. Navy during World War II.

Before he became a stand-up comedian, Lenny Bruce joined the U.S. Navy at age 16 in 1942. But comedy was still his true calling, and Bruce wound up getting discharged from service after his commanding officers disapproved of him putting on a comedy act dressed in drag. The Marvelous Mrs. Maisel has not really gone into Lenny Bruce's pre-comedy life at all yet, so there has not been mention of his military service.

2. One of his most memorable jokes was about Liz Taylor.

In Season 2 of The Marvelous Mrs. Maisel, Lenny Bruce books a TV gig on the Steve Allen Show. As he walked out on stage, his first line to the crowd was "Will Elizabeth Taylor become bar mitzvahed?" in reference to the actor’s recent marriage to Eddie Fisher. This is directly taken from reality — Bruce made that exact joke when he debuted on the Steve Allen Show in 1959.

3. He was banned from several cities for his comedy acts.

Lenny Bruce famously earned the label of being a "sick comic" from multiple media outlets at the time, and his controversial act led to him being blacklisted from various nightclubs. The second season of The Marvelous Mrs. Maisel finds a despondent Lenny Bruce bemoaning the fact that he can no longer tour after being banned from nearly every state. While that may be a bit hyperbolic, the real Lenny Bruce actually was banned outright from various cities across the United States in the early '60s.

4. He really performed that "All Alone" song.

At the very end of The Marvelous Mrs. Maisel Season 2, Lenny Bruce performs a somber, reflective routine in which he sings a song about ending up all alone on the Steve Allen Show. Yes, that song and routine is ripped straight from a real Lenny Bruce set from the show, which you can watch for yourself below:

5. He had a wife and daughter

One major aspect of Lenny Bruce's life that The Marvelous Mrs. Maisel has only lightly touched upon, at least in the first three seasons, is his romantic and family life. In the very beginning of the series, Bruce was picked up by an unnamed woman after he met Midge in jail. Based on his real life, that woman could have been his wife. IRL, Lenny Bruce married a showgirl named Honey Harlow in 1951, just as his career was about to take off. The couple had a daughter named Kitty before divorcing in 1957. Bruce died of a drug overdose in 1966.

There is still so much about Lenny Bruce's life that The Marvelous Mrs. Maisel has yet to touch on, but luckily the show does not seem like it will be ending anytime soon. So, fans will get to see whether the series adds in more real details about Lenny in future seasons or opts to change things up even more.

This article was originally published on Dec. 17, 2018

More like this
'Them' Star Shahadi Wright Joseph On What's Living Rent-Free In Her Head Right Now
By Lexi Williams
Is Nora Dead On 'The Wilds'? This Theory Will Give You Chills
By Rachel Varina
The 'A Million Little Things' Season 3, Episode 12 Promo Brings In Gary's Dad
By Umber Bhatti
Stay up to date