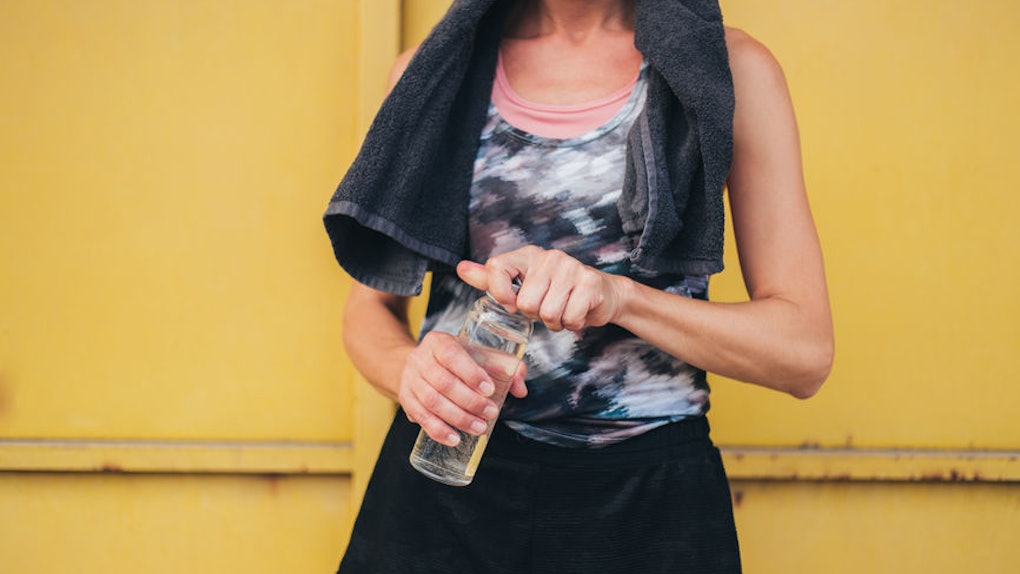 How Often Should You Wash Your Towels? Here's Why You Might Wanna Clean Them A Bit More Regularly

One of my favorite things about doing laundry is the moment I get to pull a bunch of fresh, clean, fluffy bath towels out of the dryer. I sometimes even sneak in a quick shower just so I can use a towel while it's still warm — the littlest luxuries in life sometimes make you the happiest, you know? I guess I could technically wash my towels on a daily basis so that they're always clean and warm before every shower, but that would mean using significantly more money, time, and water. So how often should you wash your towels in general? For me personally, it often comes down to what feels right. For example, I use a new hand towel every other day, and I only wash my bath towel once a week. But feeling like it's time to wash something probably isn't the most accurate way to tell if it's actually time to clean it, right?

BTW, I'm not the only one with towels on the brain. In case you didn't know, the Twitterverse has recently been debating the question of how many towels a couple should have in their home — yes, really. It all started with a harmless tweet from someone named Abdul Dremali (whose Twitter handle is @Advil), who simply wrote, "hello fellow adults. my gf and i have a question... what is the correct amount of towels to own? i said 10 and she looked at me like i was crazy. we have zero frame of reference on the appropriate amount of towels in a household of two."

Fast-forward about a day or two, and Twitter exploded with opinions on the subject, one of which came from freelance journalist Yashar Ali. He suggested in a tweet that, for a two-person household, you should own a minimum of 10 bath towels, 10 bath sheets, 10 hand towels, and 20 washcloths — which seemed, to many people, a bit excessive.

For anyone with limited time or money, washing that many pieces of cotton could seem pretty unreasonable, though at the same time, it doesn't seem to be the norm to only use a towel once before washing it. In fact, in a 2018 GE Appliances poll of over 1,500 people, 50 percent of respondents admitted to using their towel at least five times before washing it, and 14 percent of respondents said they'll use a towel more than eight times before tossing it in the washing machine.

Basically, it seems like everyone has a different idea of how long a towel stays clean between washes, so what exactly is the best rule of thumb to follow here? According to Jennifer Gregory, brand manager of the cleaning service franchise Molly Maid, you really shouldn't wait an entire week to wash one of these bad boys. "Bath towels can be used two to three times before needing to be washed," she tells Elite Daily in an email. "You should not exceed three days. Washcloths, on the other hand, should be changed every one to two days."

Since towels can hold on to moisture, Gregory explains, they can foster bacteria growth, which can lead to skin irritation.

“You may not get sick after using a towel for two weeks, but that’s not the point,” Philip Tierno, PhD, clinical professor of pathology and microbiology at NYU School of Medicine, told RD. From Dr. Tierno's perspective, this question has more to do with how, well, gross repeat towel usage can be, and less to do with whether it will lead to an actual health issue. “Would you put on dirty underwear (unless there’s an emergency) after you’ve taken a clean bath? It’s very similar to what you’re doing after the first couple of drying episodes," he explained.

Even though it might seem like you're using a towel to simply wipe water off of a part of your body you've just thoroughly cleaned, it's important to remember that there can still be plenty of bacteria left behind in the fabric, not to mention the fact that that bacteria can actually grow over time. Charles Gerba, a microbiologist at the University of Arizona, told TIME that this situation can get very gross, very fast. “After about two days, if you dry your face on a hand towel, you’re probably getting more E. coli on your face than if you stuck your head in a toilet and flushed it.” Good to know, I guess.

Bottom line: Regardless of how many towels you own in total, it's probably a good idea to make sure you're washing them regularly instead of, you know, whenever you feel like it.