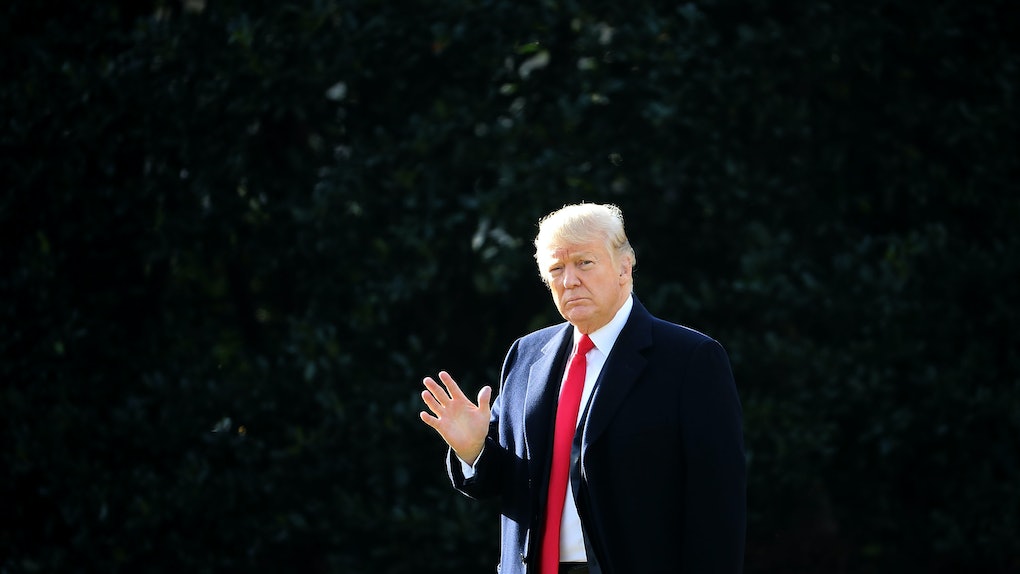 How Much Time Did Trump Spend Tweeting In 2017? It’s Pretty Mind Boggling

It's no secret that President Donald Trump likes to indulge in the use of his Twitter account. But while many of us are avid users of social media and might find ourselves posting a tweet or Instagram at least once per day, most of us don't also have a country to run. Even though Trump is effectively the leader of the free world, he manages to find enough time to tweet pretty regularly. So exactly how much time does Trump spend tweeting? The answer will seriously shock you.

While there isn't an exact number that can be pegged for how many hours Trump has spent time tweeting throughout his presidency this far, one can certainly make an estimate. Which is exactly what the Boston Globe decided to do. The Globe analyzed Trump's tweeting and determined that, assuming one minute per tweet, he has spent nearly 40 hours of his presidency thus far tweeting. That's 40 hours, or an average workweek, dedicated solely to posting tweets. It's a truly unbelievable thing for a sitting president to spend that much time devoted to social media (especially considering the types of insulting tweets Trump tends to post) when that time could be spent working on much more important presidential matters.

The Globe not only estimated the total amount of time Trump has spent tweeting, they also broke down his Twitter habits in an extensive and in-depth analysis. Out of the total 2,417 tweets he's posted in his 11 months as President of the United States, he's used the phrase "fake news" 159 times. He's also tweeted at Fox and Friends almost 100 times, posted about "tax cuts" 97 times and referenced "jobs" 92 times.

Another interesting tidbit is that one third of Trump's tweets are posted between the hours of 5 a.m. and 8 a.m., which is also pretty unusual. He's also mentioned Hillary Clinton at least 48 times, and referenced his predecessor Barack Obama or "Obamacare" at least 126 times.

While we likely won't exactly know how Obama's social media time matches up against Donald Trump's, Obama can be considered more successful in terms of social media. Overall, Obama has received more retweets per tweet, and also has substantially more followers. Even though Trump inherited the official @POTUS Twitter account, he mostly likes to use his personal Twitter, @realDonaldTrump, to share his musings. And compared to Obama's personal account, which boasts a whopping 98.3 million followers, Trump's Twitter page falls short at 45.2 million.

Twitter isn't the only thing Trump likes to devote his time to since taking office back in January. Trump has taken advantage of the many golf resorts he owns by making many a trip during his presidency. As of Dec. 25, Trump has reportedly spent 110 days, or about one third of his presidency, away from the White House at his various properties, often at the Florida resort he refers to as the Winter White House, Mar-a-Lago. While Trump has referred to some of this time as a "working vacation," it's still a significant amount of time spent away from the capital. Obama, in comparison, only took 328 vacation days during his eight years, a number that it looks like Trump is on his way to beating.

These figures make one wonder how much time Trump actually spends dedicated to serious presidential matters. Unless there's a White House leaker with this information, we likely will never know. From the looks of this Twitter analysis, it looks like it could be possible to make an estimate, but I don't know if I want that information or not. It might be too scary to know.