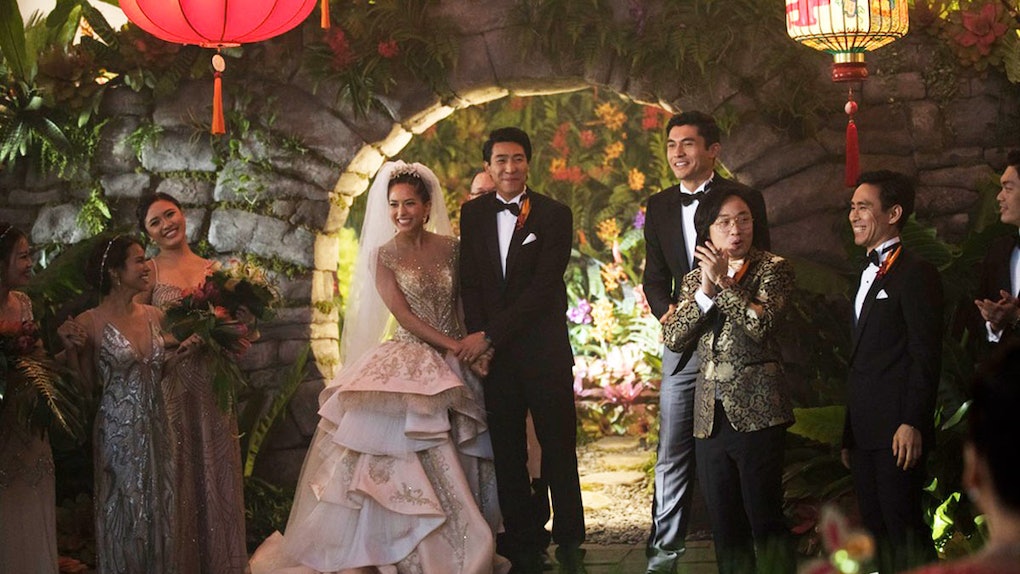 How Much Did The 'Crazy Rich Asians' Cast Make? Here's What We Know

Crazy Rich Asians has surpassed all expectations both in the reviews and with audiences at home. The film, which has a stellar 93 percent rating on Rotten Tomatoes, not only won the box office in its opening weekend with $26 million, it then managed a repeat on its second weekend with minimal audience dropoff, pulling in $25 million and dropping only 5.7 percent from week to week. (Most drops are in the 40 percent range.) Now, facing a three-peat over Labor Day, fans are starting to wonder, how much did the Crazy Rich Asians cast make? Are they all taking home bank for this film?

While details of the contracts for the cast are not public, the answer is most likely no. Though the cast is star-studded, with Constance Wu, Henry Golding, Michelle Yeoh, and Gemma Chan, not to mention comedians Ken Jeong and Awkwafina, these are not actors with Robert Downey Jr. earning power. Moreover, the chance for a significant pay day up front was turned down early on.

According to The Hollywood Reporter, Netflix, in an attempt to outbid Warner Bothers for the rights to the film, offered up:

With this kind of money, the actors cast could have seen massive paychecks, especially with a guaranteed three-picture deal each. But the decision fell to director Jon M. Chu and author Kevin Kwan, and they wanted the respect and splash of a big screen debut instead of being relegated to yet another Netflix release alongside other, more teenage fare like To All The Boys I Loved Before.

Instead, the movie got made at Warner Brothers on a comparative shoestring budget of $30 million. That's for everything, including the loaned jewelry, the rentals of the hotels and restaurants, the costumes, the filming budget itself, and yes, the actors' paychecks. No one in the cast made bank on this film. Rumors suggest most made salaries within the $500,000 to $2 million range.

But it's also why the film was called a hit on its first weekend, even though the five-day take-home was only $35 million. This is far less than say, Mission: Impossible - Fallout, and just over a tenth of what Black Panther took home in four days at the box office in February. But those films cost over $100 million to make (Black Panther cost nearly $200 million). Crazy Rich Asians, on the other hand, was already in the black by the time their first Sunday box office was over.

At this point, the film has brought in $76 million in two weeks, with another strong box office win expected to be in the bag this coming Labor Day weekend. All in all, Box Office Mojo sees the film totaling somewhere in the $150 million range by the time it finishes its domestic run in theaters.

Add in the worldwide box office totals when the film starts opening overseas in the next few weeks, and one can see why a sequel is being fast-tracked along. This time, with box office predictions sky-high for the follow-up, the actors might be in for nice fat raises, too.