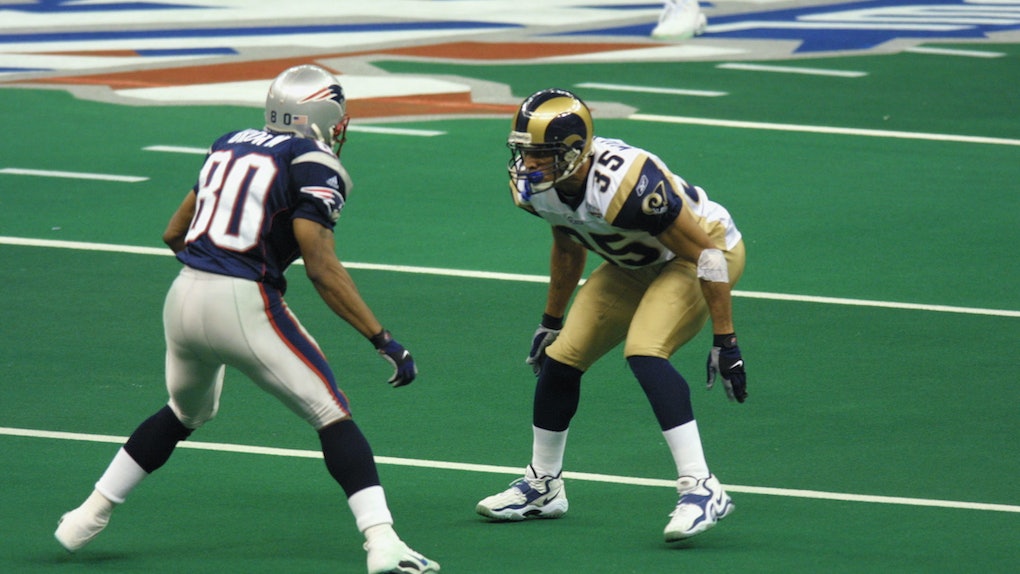 How Long Is The 2019 Super Bowl? Settle In With Those Snacks

American Football is a complicated sport, filled with yellow flags, five-yard penalties, and seemingly random scoring by sevens. But perhaps the most confounding aspect of America's current favorite pastime is how long the game takes. Technically, football games are an hour, 30 minutes shorter than the soccer versions of football games. And yet, somehow, soccer games only take 90 minutes plus a varying amount of stoppage times at the end of each half. Football games go on for hours. Hours! So, how long is the 2019 Super Bowl? God only knows. Bring snacks. Lots of snacks.

I may sound like I'm kidding, but I'm not. Most football games on a regular Sunday start at either 1 p.m. or 4 p.m. ET. Each of these games runs technically four 15 minute quarters, 60 minutes. And yet, how many times has one turned on the 4 p.m. game to discover the 1 p.m. game ran over? Or looked down at the bottom of the screen and noticed the scores for the 1 p.m. games showing several that haven't finished up yet, despite playing for three hours and counting. And that doesn't begin to address what happens when stuff goes into overtime.

And those are regular games, where there's no Halftime performance or wads and wads of commercials stuffed into every penalty break. Start adding those in and the game could go on for four hours or more.

Currently, kickoff for Super Bowl LIII is scheduled for 6:30 p.m., but that's when the game itself starts. There's a whole bunch of stuff before the game but which counts as part of the game like all the players entering the field, someone singing "America the Beautiful," and someone else (in this case, Gladys Knight) singing the National Anthem. Add in a coin toss or two, and anyone who is actually trying to watch this hoopla is turning on the TV no later than 6 p.m. ET.

As for when the game ends, seriously, it's anyone's guess. The CBS TV schedule currently lists the game as ending at 10 p.m. ET, followed by The World's Best, CBS' new America's Got Talent-esque competition, but you know, for the World.

But viewers who watched the Super Bowl last year will remember this was the same schedule as NBC had listed. The follow-up show for Super Bowl LII was This Is Us, and was booked for 10 p.m. ET. That wasn't even close to being a correct guess. The game didn't run over or anything, there were no overtime quarters played. And yet, once you added in the presentation of the Super Bowl trophy, the announcement of the game's MVP, and all the after game hoopla, the game didn't end until after 10:40 p.m. This Is Us didn't begin until 10:45 p.m. ET.

Now CBS and The World's Best could get lucky, and everything will wrap up in a concise four-hour block as scheduled. But Super Bowl viewers should arm themselves with enough snacks for five hours, just in case.

More like this
Prince Philip, The Duke of Edinburgh, Has Died At The Age Of 99
By Noelle Devoe
Here's Why EXO's BAEKHYUN, CHANGMO, & Raiden's "Runner" Is The Perfect T1 Theme Song – EXCLUSIVE
By Michele Mendez
The 'Space Jam: A New Legacy' Trailer Will Bring Back All Your Childhood Memories
By Cianna Garrison
Stay up to date