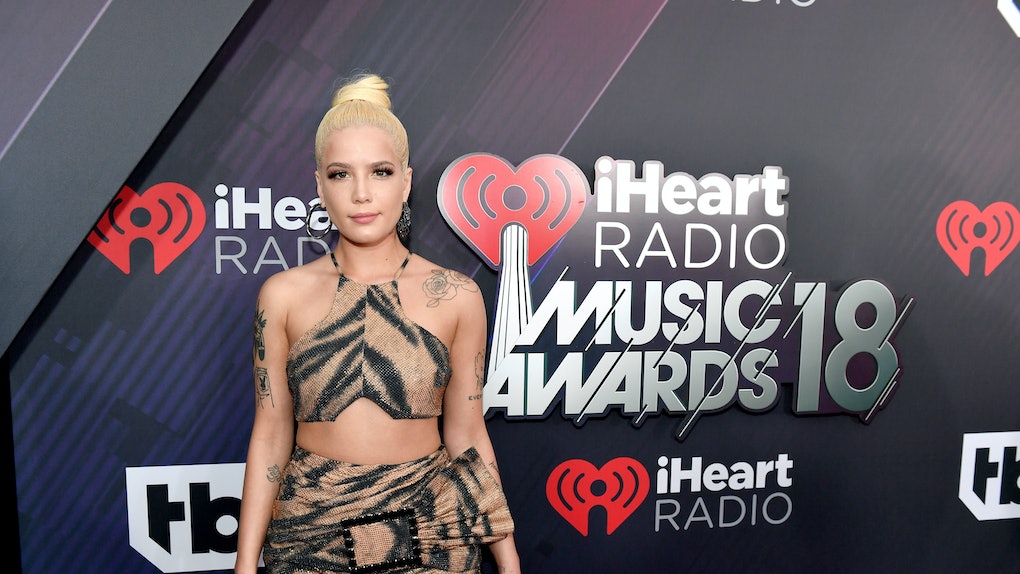 How Long Are The iHeartRadio Music Awards? The Ceremony Is Short & Sweet, But Totally Epic

If there's one complaint fans have about awards shows, it's that they're way too long. Most televised awards ceremonies run over the course of three hours, which is just too long in some cases. But if you're a music fan who's looking forward to watching the iHeartRadio Music Awards this year, you're in luck. The show doesn't run nearly as long as other awards ceremonies and is definitely one of the more fun shows to watch. So, how long are the iHeartRadio Music Awards? They're pretty short and sweet!

According to TV Guide, the 2019 iHeartRadio Music Awards will run just about two hours. So, it's the kind of show you can watch while you have dinner and spend some quality time with the fam. Now, what can you expect during those two hours? A whole lot, actually!

Since the show is so short compared to other awards shows, it has to pack a lot of punch to keep people watching. To do that, the show has enlisted a slew of celebs and some of the biggest names in the music business to keep you interested.

Expect to see Ariana Grande, John Legend, Kacey Musgraves, Alicia Keys, Halsey, and even Garth Brooks at the iHeartRadio ceremony. Each of these amazing acts will be taking the stage during the show to perform, so get ready for some incredible music to come your way.

Performances aside, though, the show is all about honoring those in music who've had an impact on radio play throughout the year. Among those nominated for iHeartRadio awards this year are Cardi B, Drake, Camila Cabello, Ariana Grande, Shawn Mendes, Post Malone, and Maroon 5. And there's plenty more where those names came from. Basically, everyone's faves are up for awards this year, so it'll be interesting to see how each category times out. But fans won't find out until the show airs!

If you don't already know, the show will air on Fox for the first time ever this year. When it was first announced that Fox would be opening up a slot for the iHeartRadio Music Awards in December 2018, iHeartMedia marked the occasion by making a really good point about how important fans are to the show.

“This is a show that is truly controlled by music fans, because it celebrates the artists and songs that they listened to all year long on our 850 broadcast radio stations and the iHeartRadio app,” John Sykes, President of Entertainment Enterprises for iHeartMedia, said in a statement. “Fox has established itself as a premier television destination for music fans, which has made it a natural home for our Awards.”

So, this year is truly all about the fans, and you can thank Fox, in part, for that. All in all, I'm sure it's going to be an incredible show and one that fans won't forget for a long while to come. I mean, with people like Ariana Grande and John Legend performing, who could ever forget that?

Anyway, the 2019 iHeartRadio Music Awards will air on Fox on March 14 at 8 p.m. EST. Be sure to tune in! It's only two hours long, so you can definitely make time for it!