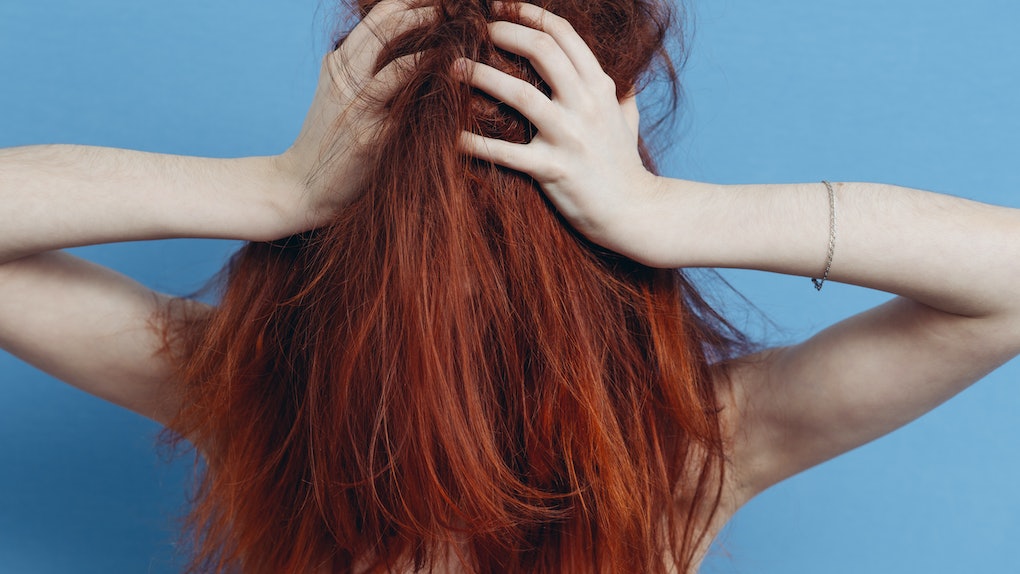 A hangover is the absolute worst way to spend a Sunday (or any day, for that matter). At its worst, a hangover completely immobilizes you, filling you with painful sensations from head to toe and making you promise to the gods never to drink a drop of alcohol ever again. At its best, it forces you to spend a perfectly sunny day powering through a Netflix marathon, half-awake, and ordering all of your meals in on Seamless. You know how terrible hangovers are and how awful they feel, but do you actually know how hangovers affect your body?

Put simply, a hangover is your body's reaction to drinking (way too much) alcohol. More specifically, a hangover is mostly the result of dehydration (hello, headache) and those toxic chemicals your liver releases in an attempt to combat all of that alcohol you've consumed (hello, full-body misery and pain).

One of those chemicals is called acetaldehyde, and it's about 30 times more toxic than alcohol itself, which is why you feel like absolute death the morning after taking five consecutive tequila shots: Your liver is attempting to metabolize those tequila shots with the strongest weapon it has, and that weapon is going to lead to a pretty rough day for all of your organs.

A hangover is essentially your body's way of telling you that it's not meant to absorb all of the alcohol you're giving it.

This is why a lot of your organs become a little out of whack and cause you all that pain as they try to balance themselves out.

Beyond that, alcohol is a full-on irritant for your stomach and intestines. It causes inflammation to your stomach lining, and it delays the emptying of whatever food you actually have in your stomach. Both of these things contribute to the nausea you feel when you wake up the morning after a night out, when you may or may not be immediately leaning over the side of your bed to throw up.

The reason alcohol causes all of these problems to your body is found mostly in these little things called congeners.

Congeners are chemical byproducts of the alcohol fermentation process that increase the flavor and smell of alcohol, as well as the intensity of your hangover.

The more congeners, the more miserable a hangover tends to be. People who drink bourbon, for example — which has 37 times more congeners than vodka — often experience hangovers that are far more severe than usual.

Of course, everyone and every body processes alcohol differently. I, for one, would much rather drink a glass of bourbon than take a sip of vodka, because vodka personally gives me a killer hangover. Regardless, the more you know about a hangover, the more suited you'll be to combatting the pain and discomfort in the best way possible.

Since a hangover dehydrates your body, the first and best thing to do to fight a hangover is to drink water before you feel the pain.

Drinking a glass of water between alcoholic beverages isn't just a good idea to keep you from getting too drunk; it'll also increase your likelihood of surviving the evening without causing mayhem to your body the following morning.

Alas, most of us know from firsthand experience that it becomes pretty hard to remember that whole "drink water in between drinks" thing when you're already drunk.

So, when you wake up with a hangover, the best thing to do is to take a multi-tiered approach: Chug a ton of water, take an ibuprofen, eat some hangover-friendly food, and exercise, even when you feel like you don't want to move.

Nothing will completely eradicate a hangover, though, except for time. All of these strategies are just ways to ease the symptoms and the misery while you grin and bear it. But hey — that night out was a blast, right?