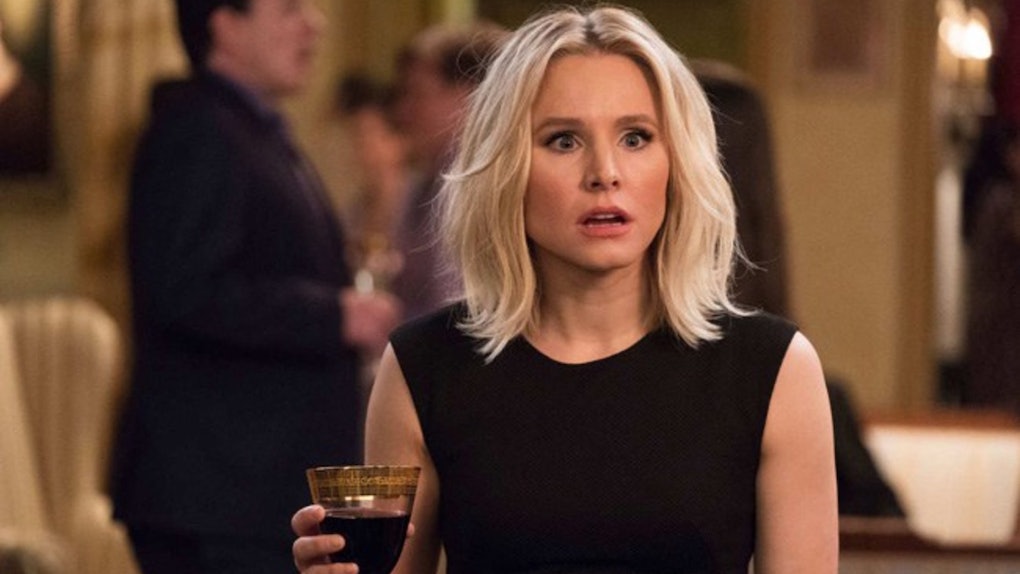 How Does 'The Good Place' End? Kristen Bell Was Told, But Literally Forgot

Most sitcoms can be pretty predictable — each episode involves some sort of dilemma that gets resolved and then it basically restarts again next week — but The Good Place changed everything fans have come to expect from the genre with its first season finale. Now in its third season, the afterlife comedy is still taking unexpected and unprecedented twists and turns that nobody sees coming. With all of those shocking surprises each season, it feels impossible for anyone to figure out how does The Good Place end, but showrunner Mike Schur has a plan and he even let star Kristen Bell in on the epic conclusion... except she forgot what he told her.

Kristen Bell admitted that she was told how The Good Place will end while on Conan this week, but that she has actually forgotten about it. While the show was filming its first season, showrunner Mike Schur only told Bell and Ted Danson about the big Season 1 finale twist that (spoiler alert for Season 1 of The Good Place) the Good Place was actually really the Bad Place all along. So it makes sense why Schur would also confide whatever the series finale may have in store in Kristen Bell as well. And Bell won't be spilling that major secret anytime soon because, apparently, she has actually totally forgotten what Schur told her.

I was told, and the funny thing is... I've got a lot going on and I don't remember things very well, and I forgot. I legit forgot ... [Mike Schur] told me. Last year he was like, "This is how I'm going to wrap it up. Yeah, that's the right idea." And it has exited my brain.

Check out the full interview below:

So I guess now Kristen Bell is as in the dark about where The Good Place is going as the rest of us. And since the series takes place completely outside of the realms of time and space, literally anything is possible in the future of the show. So far, the series has taken its four deceased humans Eleanor, Chidi, Tahani, and Jason and reformed demon Michael to the Bad Place, the Medium Place, back to Earth, Janet's void, a correspondence center adjacent to the Good Place, and an interdimensional void called the IHOP, but the group has yet to set foot in the actual Good Place. Getting there seems like the obvious ending to the series, but when has The Good Place ever done the obvious thing?

And thankfully, it does not look like the end is coming anytime soon for The Good Place. The show is currently wrapping up its third season, and it has already been renewed for Season 4 by NBC last month. In addition to The Good Place, Mike Schur is also the co-creator and executive producer on the now NBC cop comedy Brooklyn Nine-Nine and is executive producing the network's upcoming bar comedy Abby's.