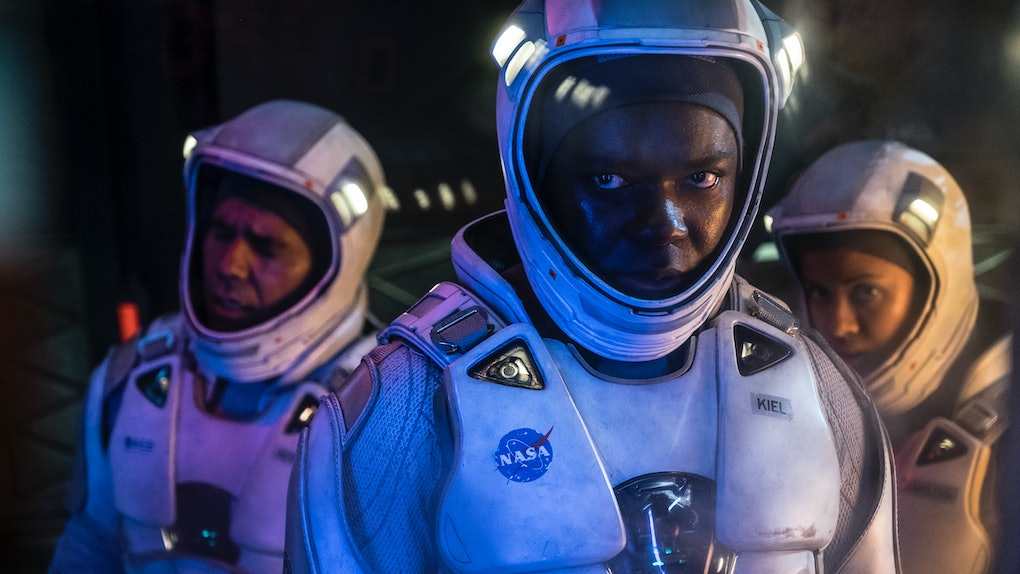 How Does 'The Cloverfield Paradox' Connect To The Other Movies? Fans Are Confused

Just before the Super Bowl began airing, Ava DuVernay, one of the most respected directors in Hollywood, took to Twitter to hype something huge and groundbreaking would be taking place during the commercial breaks. Was it a new Wrinkle In Time trailer, which she directed? No, it was for Netflix's new film The Cloverfield Paradox, which was directed by American-Nigerian filmmaker Julius Onah and stars a very diverse cast. Supposedly a sequel to the 2008 Cloverfield movie, fans are curious. How does The Cloverfield Paradox connect to the original film? And does this movie live up to the hype that DuVernay bestowed upon it? Warning: Spoilers for the Cloverfield series follow.

Then, out of the blue, in January, there were talks that Paramount was trying to unload it (along with the upcoming film Annihilation), in what was described as a "culling" of films "not deemed theatrical" by new chairman Jim Gianopulos. There was no report if they were successful... until last night. Netflix, with no warning, announced they were releasing the film directly after the Super Bowl finished as if everyone already wasn't planning to watch This Is Us.

It was a dramatic way for Netflix to announce the acquisition, and it pulled in a lot of eyeballs. But does the movie actually tie back to the first Cloverfield films? Or is it more like with 10 Cloverfield Lane? There the tie-in comes only at the very end, after Michelle (Mary Elizabeth Winstead) escapes, only to discover the world did end, and the outdoors wasn't safe, just as Howard (John Goodman) insisted it was.

At first, the hints are there, without being in your face. Like 10 Cloverfield Lane, this is not initially tied together by monsters, but by address. Our heroes are aboard the Cloverfield Space station. Their issues once again seem not tied to monsters on Earth, but alternate dimensions, people in space with nefarious plots to steal precious precious energy made from god-like particles (hence the original film title), and all the science fiction cliches of home.

But then, once again, a twist ending. Our hero, Hamilton, decides to sacrifice her alternate dimension children in order to come home and save Earth... only to arrive in the middle of the invasion of the monster from the first movie, while her husband, down in a bunker, screams hysterically at Mission Control to not let her come home: "Tell them not to come back! Do you hear me? Tell them not to come back!"

So the film is a prequel of sorts to the first film. (There was even a shot in the original Cloverfield of a ship falling to earth, not unlike the one we see here.) It's not an exact replica of the scene or the monster, but then again the 10 Cloverfield Lane monsters weren't really the same as the original Clover either.

Reviews though are less certain that tying this film to the ongoing franchise helps much. Nor is there a sense the film itself is all that good. (Rotten Tomatoes currently has it at 14%.)

Those involved (and friends of the involved) are trying to make this out of the blue release sound like a genius strategy. But in the film world, when a studio suddenly releases a film with no warning, no marketing budget, and no fanfare, in the "Dump Months" of late-January/early-February, that's usually considered a bad sign for the film's prospects. Netflix may be doing their best with it, but it does not speak well for the prospects of Overlord, which recently finished filming and is supposedly the next film in the series, due in theaters in October. We'll see how that goes.