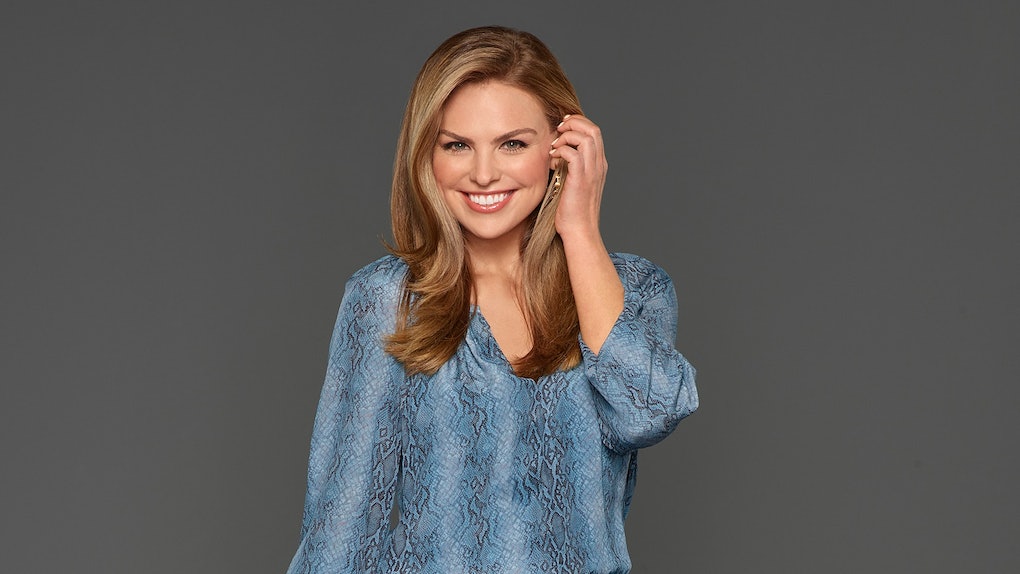 How Does Hannah B.'s 'Bachelorette' Season End? It Doesn't Go As Planned

Bachelor Nation just kicked off Hannah Brown's Bachelorette season, but it turns out that Hannah has just barely stepped out of her filming bubble. The former Miss Alabama filmed her season finale days before the premiere episode aired, so how does Hannah B.'s Bachelorette season end? She confessed that things didn't go the way she hoped, which sounds a little ominous. Are there ripped roses in store for the rest of the season?

In the past, most of the franchise's leads have perfected their poker faces by the time they return to talk shows and promote the beginning of their seasons. But, TBH, trying to play it cool was once pretty unnecessary. Before Season 23 Bachelor Colton Underwood came along and chose to date his final choice rather than propose, fans of recent years could safely assume that a season would always end with an engagement, regardless of whether it would last. But given Colton's change of plans and the usual Bachelorette success rate, Hannah's season marks a time in which franchise finales could potentially head in a much different direction.

The first clue hinting at this comes from Hannah's new interview with Entertainment Tonight. "I will tell you that I'm happy and, ultimately, this season and how it all turned out is not how I thought it would be," she said. "It just wasn't. It doesn't mean that it's not good. I think it happened the exact way that it was supposed to, and I feel really excited and blessed to have the opportunity that I've had and feel really good and want you all to see what that is."

This is quite the departure from past Bachelorettes' first post-filming interviews. During these early press tours, former leads Rachel Lindsay and Becca Kufrin even both confirmed that they were engaged. Hannah staying mum on the topic might mean fans will see a very different ending this year. Earlier this month, host Chris Harrison even admitted that he wasn't sure a proposal would happen on Hannah's season. Fans have also seen season teasers seemingly supporting Harrison's comments that the men's actions ultimately "[took] away from her being the Bachelorette."

Hannah's season premiere made it clear she was hoping to find a husband, so I'm definitely curious about the chances of this ending in an unorthodox way. Does she choose to date her Final Rose pick? Does she walk away from both of her final men? Do the men walk away from her? Or is Hannah just implying that the path to engagement was far rockier than she imagined?

Well, engaged or not, the Bachelorette deserves a huge glass of wine right now. In her first Instagram post since finishing filming, Hannah wrote, "This experience has been something else. I am beyond grateful, but dang somebody should have warned me that dating 30 men ain’t easy! I'm still recovering."

The 24-year-old also seems to appreciate the Bachelorette experience no matter what, telling ET, "I think [I'm now] able to step up and step into who I am without any insecurities in that, because love me or hate me, I am who I am. I want to be surrounded by people who love me and encourage me, and the other people — you missed out ... I'm so thankful for this opportunity for giving me love for myself and hopefully love for somebody else too."

I sense a whole lot of ambiguity surrounding this scenario, but here's to Hannah coming away from The Bachelorette with a smile. Season 15 of The Bachelorette continues at 8 p.m. ET on Monday, May 20, on ABC.