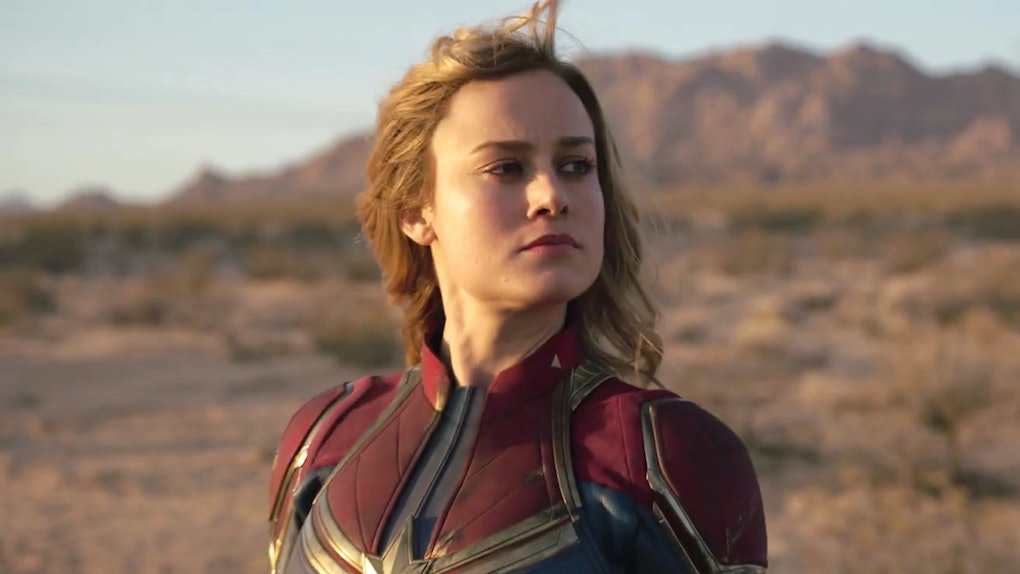 How Does 'Captain Marvel' Tie Into 'Infinity War'? Here's Your Official Marvel Breakdown

Marvel fans are finally about to get a new addition to the Avengers. It has been about three years since the big-screen superhero team has added a new member (2016's Doctor Strange was technically the last film to introduce a new Avenger, since Spider-Man and Black Panther were both introduced in the earlier Captain America: Civil War), so fans are ready for a new face in the franchise. But how exactly will Captain Marvel fit into the Marvel Cinematic Universe overall, and how does Captain Marvel tie into Infinity War and Endgame? No, you don't need to re-binge all the Marvel movies to get the full picture — here's what fans need to know about Captain Marvel as she flies into the MCU.

2. How She Will Meet The Avengers

Since Captain Marvel's origin story takes place during the 1990s, she will be significantly older and presumably much more powerful when she meets up with the Avengers in Avengers: Endgame, which will be set between 20 and 30 years after Captain Marvel.

The post-credits scene in Infinity War made it clear how Captain Marvel will meet up with the rest of the team — Nick Fury sent out a beacon to her right before he vanished as a result of Thanos' snap. Although Carol Danvers has yet to meet any of the Avengers, Captain Marvel will show that she has a long friendship with Nick Fury, and his call to her will likely lead her to the rest of the superheroes and be the catalyst for their new bond.

Marvel fans are already pretty familiar with S.H.I.E.L.D., the underground government agency tasked with protecting the earth from supernatural forces, but Captain Marvel will focus on a much earlier version of the operation. S.H.I.E.L.D. was first formed in 1945 after the events of Captain America: The First Avenger, but Captain Marvel will likely see the agency facing their first ever major extraterrestrial attack. In the movie, Carol Danvers will work alongside a young Nick Fury (still a relatively new recruit at that point) to combat an invading race of alien shape-shifters called Skrulls.

4. What To Know About Skrulls And Kree

There are two important alien races that Marvel fans will be formally introduced to in Captain Marvel. Skrulls are evil aliens who have the ability to change their form. Their mortal enemies are the Kree, who are a noble alien race that Marvel fans have actually seen a couple times before in the Guardians of the Galaxy movies. The main villain of the first Guardians of the Galaxy, Ronan the Accuser, is a Kree warrior who will also appear in Captain Marvel, although he will not yet be totally evil in this movie. Carol Danvers is half-Kree who spent a long time on the Kree's planet training with their elite military group Starforce, so they are going to be a pretty big deal in the movie.