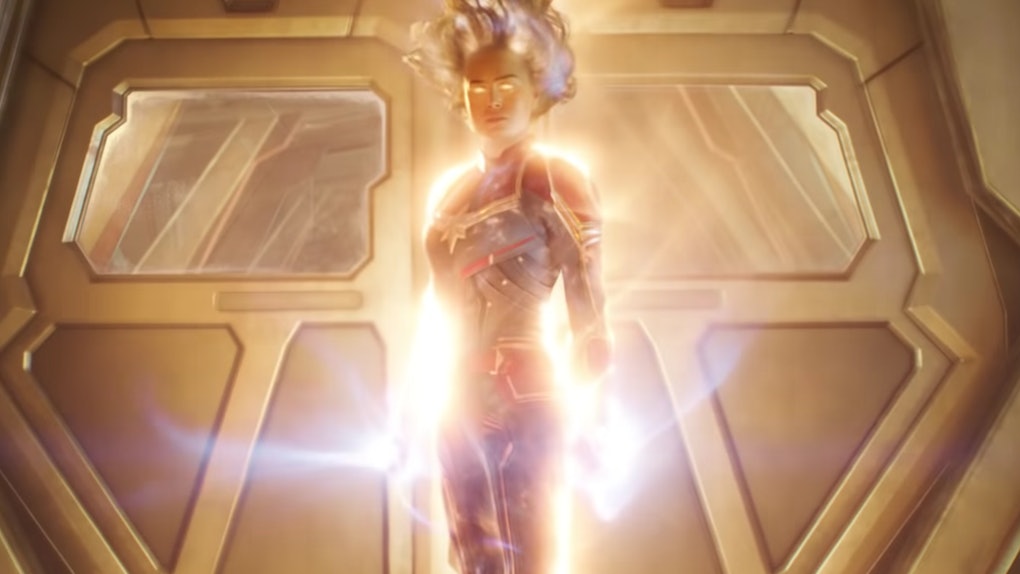 How Does Captain Marvel Get Her Name? This 'Avengers: Endgame' Theory Might Explain It

In the climactic moment of Captain Marvel, the titular character stands up for herself by shouting her true name at her adversary. "My name is Carol," she says, in a scene that shows the hero at her most powerful. But, Carol isn't the only name that she goes by. In fact, the movie is named after another one of her titles: Captain Marvel. But, the audience never actually hears her called Captain Marvel at any point the movie. So, how does Captain Marvel get her name? This fan theory about Avengers: Endgame might have all the answers. Warning: Spoilers for Captain Marvel follow.

Captain Marvel gives fans' Carol Danvers origin story, from her days as a fighter pilot in the 1980s to her time as a super powered soldier fighting for the Kree aliens in the 1990s. Audiences see all of Captain Marvel's origin, except for the origin of her name. But, that's where Reddit user swayde620 comes in. They have a theory that she'll get her codename of Captain Marvel when she appears in the next Marvel movie, Avengers: Endgame. They point out the fact that a lot of the other Marvel superheroes have codenames that directly correspond to something in their story. For example, Iron Man's first suit was made of Iron, Antman can shrink down to the size of an ant, and Dr. Strange is actually the character's name. But, that's not the case for Carol Danvers in Captain Marvel.

Captain Marvel will meet up with the other Avengers in the present day in the upcoming Avengers: Endgame. Everyone's dealing with the aftermath of Avengers: Inifnity War, when Thanos wiped out half the universe. Reddit user swayde620 theorizes that in order to make the universe whole again, Captain America will sacrifice himself. After he does, Carol Danvers will have lost two important people in her life after they sacrificed themselves for the greater good: Captain America and Mar-Vell. As fans who saw Captain Marvel know, Mar-Vell was Carol's late mentor. The theory is that as a nod to the two lost heroes, Carol will combine their names and begin calling herself Captain Marvel.

There's already a hint of the importance of Mar-Vell's name in Captain Marvel. Towards the end of the movie, Carol and S.H.I.E.L.D. Agent Fury talk about Carol's mentor while they wash dishes together. Carol pronounces her name "Mar-Vell," but Fury gives the name a slightly different inflection so it sounds more like the name "Marvel" fans know and love. If this theory checks out, fans can assume that Carol uses Fury's pronunciation as part of her codename. But no matter how its said, it's a really sweet tribute to the woman who taught Carol how to fly.

Now, there is an alternative explanation for how Captain Marvel gets the first part of her name. Carol was in the Air Force and was a captain herself, so she might just take the title from her own experiences. Although it would be nice to imagine that she bonds with the Avengers so much that she chooses to honor Captain America, she might also just call herself Captain to remember what she used to do in pre-superhero life. The good news is that fans won't have to wait too long to find out the answer. Avengers: Endgame is in theaters April 26.

More like this
Will Sharon Carter Be The Villain In 'Captain America 4'? This Theory Makes Sense
By Ani Bundel
These Throwback Jennifer Lopez Movies Are Such A Blast From The Past
By Ani Bundel
'Knives Out 2': Release Date, Cast, Trailer, Plot, & More
By Ani Bundel
Stay up to date