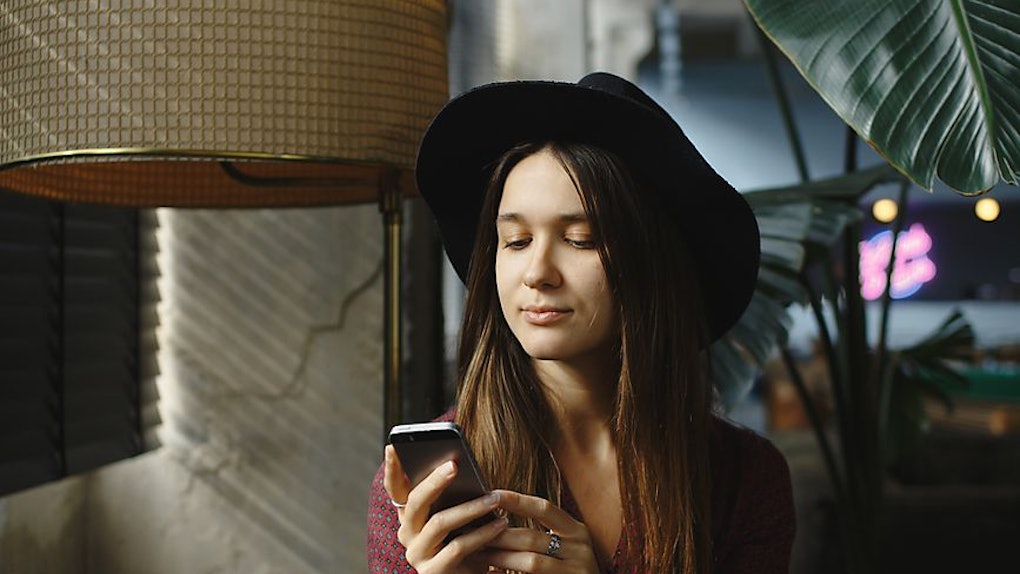 How Do You Get More Matches On Dating Apps? Try Mentioning These Foods In Your Bio

OK, so you just swiped right on this total hottie, whose profile was hilarious, and you just know the two of you would hit it off perfectly. But after you broke the ice with a fun message, you still haven't heard anything! The worst part? This isn't the first time this has happened. Maybe you've been feeling like your matching potential has been in a little bit of a slump lately. Or, hell, maybe your matching potential isn't in a slump at all — you just want more options. Well, if you want to get more matches on dating apps, a new study by dating app Zoosk found that mentioning certain foods in your bio and your messages can really help with getting some attention on the apps.

Even more, the study, which analyzed over 3 million user profiles and over 300 million first messages, also found that there are certain foods that will actually decrease your chances at scoring some new messages. But before we get into that, let's start off with the positive: Which foods you should include in your profile bio to up your chances of scoring some new matches?

In general, the study found that talking about food in any way in your bio will pretty much get you more messages from people on the app. But still, some foods are more successful at doing this than others. What are these successful foods, you ask? I have the top five here for you (along with the percent increase of messages these words can score you):

Yes, sushi is the fifth most awesome food you can mention in your dating app profile. What makes it so awesome? OH, I DON'T KNOW, MAYBE THE FACT THAT IT WILL UP YOUR CHANCES OF GETTING A NEW MESSAGE BY 93 PERCENT. Plus, who doesn't love sushi? What's just slightly more exciting than mentioning sushi? Apparently, it's another low-carb favorite: salad. At fourth place, mentioning salad in your bio can increase your chances of getting an inbound message just a bit more than sushi can.

At third place, we have chocolate. And thank God we can all bond over this tasty treat. This one should be easy for you to somehow incorporate into your profile because, well, mostly everyone loves chocolate. Another reason to love it? It clearly does WONDERS for your inbound messages, which could apparently see a 100 percent increase just by mentioning chocolate.

Just when you thought nothing could increase your chances of getting more new messages by any more than 100 percent, potatoes, in all of their glorious forms, are here to prove you wrong. Another big-time crowd pleaser, potato mentions in your bio can show you a 101 percent increase in new messages.

And finally, at number one, we've got GUACAMOLE. That's right. The people loooove guacamole... so much so that just mentioning it in your profile can increase your chances of getting a new inbound message by 144 percent. This is not a drill.

So don't be shy about the foods you like, people! Turns out that unless you're a huge fan of fried chicken or yams, your favorite foods are sure to help you find LOOOVE.

More like this
25 Sexy Questions To Ask Your Crush If You Want To Turn Up The Heat
By Danielle Sinay
12 Books About Dating & Relationships That Are Must-Reads
By Corinne Sullivan
Are Demi Lovato & Noah Cyrus Dating? They're Reportedly "Hanging Out"
By Joyann Jeffrey
Stay up to date