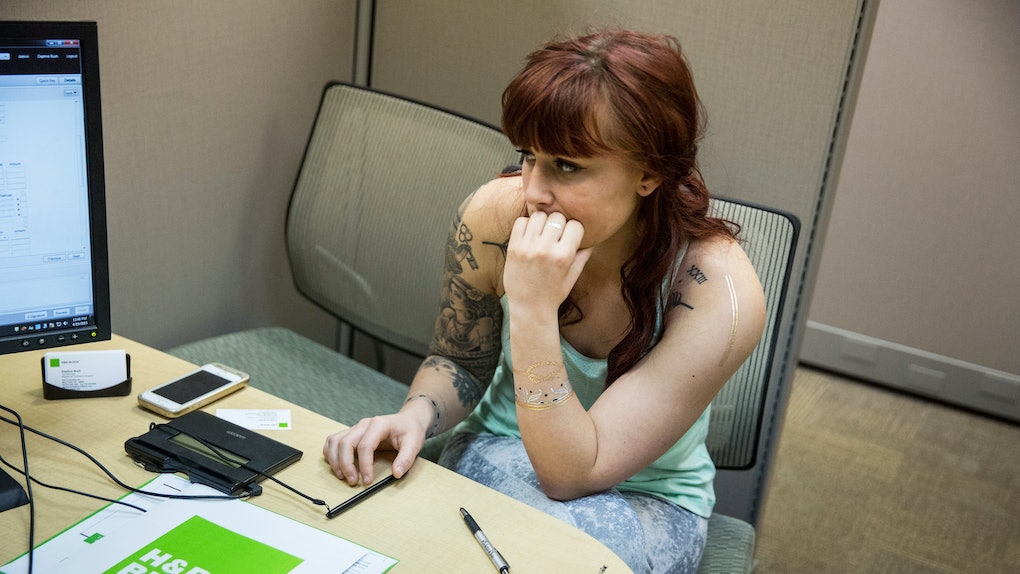 How Do Tax Brackets Work? Here's What You Need To Know

Is there a more confusing time than tax season? Don't answer that — of course there's not. From the endless paper work to bizarre tax terminology, it's easy to feel intimidated and stressed out while trying to file your taxes. Oh, and of course there are a ton of questions that arise during the process, such as: How do tax brackets work? The good news is that I'm here for you with really helpful info, so continue on and all will become clear.

Simply put, a tax bracket is a range of income "chunks" that the government taxes at different rates, per NerdWallet. The Washington Post explains that the brackets work exponentially, so not all of your money will be taxed at the same rate. There are seven of them: 10 percent, 12 percent, 22 percent, 24 percent, 32 percent, 35 percent and 37 percent. If you click here, NerdWallet has them listed in a helpful table that should make what I'm going to say next a little easier to understand.

Of course, those brackets are for single filers, so make sure they apply to you before you start calculating your payment. If you're married and filing jointly, married and filing separately, or if you're the head of household, simply follow the tables accordingly. See, it's not so complicated after all. You've got this!

Tax brackets have been under discussion recently, thanks to newly placed Rep. Alexandria Ocasio-Cortez (D-New York), who has been pushing to raise the tax rate on incomes above $10 million up to 70 percent, per The Washington Post. The potential move would help finance a "Green New Deal," which is an effort to combat climate change. However, the Post says it would affect less than one-tenth of 1 percent of U.S. households, so unless you're a literal millionaire, it's not gonna bother you.

Just make sure that you submit your taxes on time or else you could face some wallet-draining repercussions. Failing to submit them on time can result in a failure-to-file penalty, which deducts a minimum of 5 percent of what you might owe, and up to a 25 percent maximum of what you owe. The rates even increase as the days tack on. For example, if you still haven't filed more than 60 days after the deadline, the charges will either increase to a $135 fee or 100 percent of the taxes you owe, according to Yahoo! Finance. Sure, the tax deadline isn't until April 15, but you can never be too careful, right?

If you find that you're going to owe the government money and think there's absolutely no way you can pay your tax bill by April, don't freak out — there's something you can do. There's something called a Form 4868: Application for Automatic Extension of Time To File that, well —it's exactly what it sounds like. It gives you an extension to get your taxes squared away. As long as your form is postmarked on or before April 15, you should be able to get a six-month extension to submit your taxes (by Oct. 15).

As you continue going through the filing process, remember that, though tax season can be really intimidating, there are people and businesses out there that are more than willing to help you out. So don't let this process get the best of you! I promise that this will all be over before you know it.

More like this
Biden's American Families Plan Includes Some Free College, Which, Wow
By Rhyma Castillo
Shelly Bell Is Making Sure Black & Brown Women Entrepreneurs Get What They're Worth
By Fatma Khaled
These Tweets About The Bidens' Photo With The Carters Ask A LOT Of Questions
By Rhyma Castillo
Stay up to date