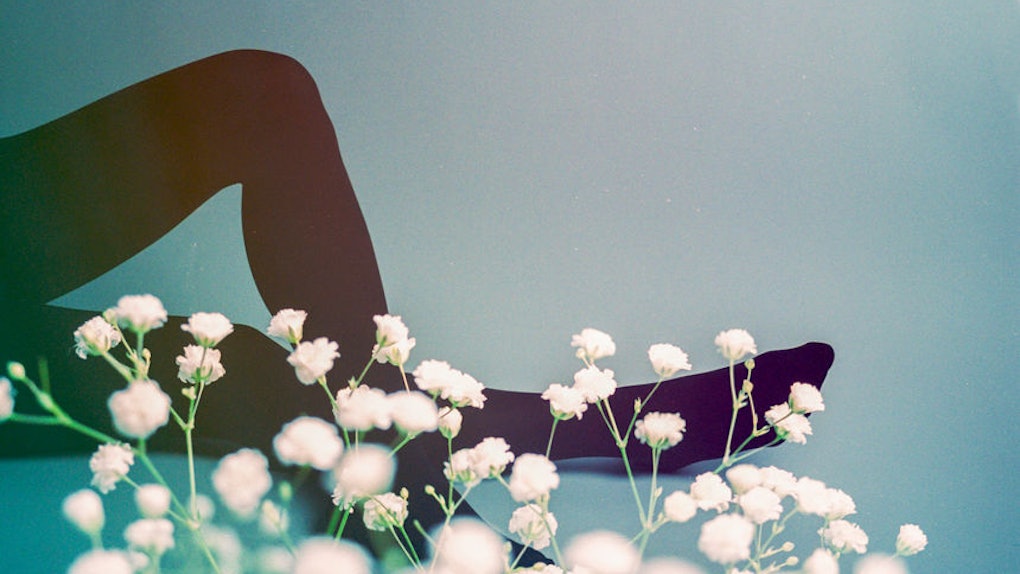 How Can Hypnosis Help You? I Tried It To Clear My Mind For 2019 & Here's What Happened

I'll be honest with you guys: When I think of hypnosis, the first thing that comes to mind is a cartoon magician with a swinging pocket-watch, telling someone they are getting very, very sleepy. But if you're wondering whether hypnosis can actually help you or change the way your mind works in some way, I recently tried it myself in an attempt to come away with a clean slate ahead of the new year, and let me tell you, it was quite the experience — one that I might just be willing to call life-changing, if you can believe it.

Now, before you assume that I've poured myself a tall glass of new-age Kool-Aid, let's establish what hypnosis is, exactly. The Mayo Clinic describes hypnosis — or hypnotherapy, or hypnotic suggestion — as a "trance-like state in which you have heightened focus and concentration," and it is "usually done with the help of a therapist using verbal repetition and mental images." In terms of why people choose to be hypnotized, the medical center says that hypnosis is sometimes used to help someone "gain control over undesired behaviors," or help them "cope better with anxiety or pain."

My own session was with clinical hypnosis practitioner Shauna Cummins, at a healing center in Greenpoint, Brooklyn called Maha Rose. I've been to Maha Rose before for a variety of different healing sessions, like reiki and acupuncture, but I was a bit nervous about trying hypnosis for the first time, mostly because I couldn't help but wonder if I might experience some kind of nightmare during my session, or if I'd be confronted with an unpleasant memory.

I wasn't asleep, but I wasn't totally awake, either. I felt deeply and comfortably in my body.

But when I got there, I immediately felt more at ease as Cummins guided me into a dimly lit room with a massage table covered in pastel tie-dyed sheets. A small candle glowed on a nearby table with two chairs, where Cummins offered me a seat and a glass of water. She asked what brought me in that day, and I told her I wanted to work on clearing my mind, honing my creative focus, and most of all, building my self-confidence. She nodded her head solemnly and proceeded to tell me all about how hypnosis works, and what can happen if you practice it consistently.

"Hypnosis is a naturally occurring state that we access all the time," says Cummins. "When you become engrossed in Instagram, watch a movie, or drive on the highway for an extended period of time, you access a trance state."

People tend to be more relaxed and receptive in hypnosis, she explains, and the practice uses this trance state to influence someone in a positive way and encourage change. Hypnosis can actually be so effective for some people, Cummins jokes, that she tells me she thinks it's kind of a conspiracy that we don't do it on a conscious level more often. "After all," she explains, "advertising, movies, and social media are using it to very successfully influence and condition us, so we might as well use it for our own well-being."

Before we officially began the session, Cummins asked me about my goals — goals for relationships, my career, my state of mind, my emotions, the whole nine. As we dove into some of these topics, though, I could feel the fear and anticipation building inside of me, and I expressed concern to Cummins about having a negative memory resurface during the session, or simply experiencing something under hypnosis that could leave me emotionally scarred after the fact. She assured me that my subconscious mind really does have my best interests at heart, meaning my mind wouldn't go any deeper during hypnosis than it can healthfully and safely go.

Once I felt a bit more settled, Cummins began with a guided meditation that relaxed my whole body. Her voice was silk to my ears, and I could feel the tightness I often hold in my diaphragm begin to release. My body almost felt like I was lying in a hot bath. At one point, Cummins asked me to tell her which colors came to mind when I thought of being happy and comfortable, and I said that I saw golden pink, yellow, and green pastels. She then told me to imagine myself in a place where I felt happy, maybe in nature. I thought of two things: sleeping in a lush, down-filled hotel bed, and walking in the snowy mountains of Wyoming.

I imagined the book I'm writing being published. I imagined being in a good relationship. I imagined feeling calm, clear-headed, and happy.

After that, Cummins told me to move to the massage table, where she then covered me in a blanket and continued to help me move into an even deeper meditative state. To be perfectly honest, I don't remember everything she said once I began lying on that table. I wasn't asleep, but I wasn't totally awake, either. I felt deeply and comfortably in my body. I was just so relaxed. Images and colors came to me, and I remember following Cummins' voice to envision things that I wanted in the future. I imagined the book I'm writing being published. I imagined being in a good relationship. I imagined feeling calm, clear-headed, and happy.

I do remember that, at one point, Cummins told me to imagine meeting myself in the future, and even stepping into that future. Nearing the end of the meditation, I saw myself actually sitting on a couch next to, well, my future self, and I whispered into Future Annakeara's ear. "The pain you've experienced is useful," I told her. "You are loving, accomplished, nurturing." And let me tell you, that is not how I usually talk to myself. I tend to be a bit negative and fatalistic when it comes to my future, not to mention I'm often incredibly hard on myself.

When we finished the session, Cummins told me I was a natural, and I couldn't help but laugh and ask how that was possible. She said that, in part, it's because I'm a writer, so I already use my imagination a lot as it is. Go figure, right?

I walked away from my hypnosis that day feeling refreshed, and armed with a few gratitude rituals that Cummins suggested I practice on my own ahead of the new year. One of them is to end each day by thanking myself for three things I did that day, and letting myself actually feel the gratitude. Another is to choose and write down states of mind I would like to feel, such as being clear, present, and free. Repeat these states of mind in the morning, Cummins suggests, and simply have them on-hand when you're in moments of struggle throughout the day. According to the hypnotist, it's a simple way to start getting in touch with different mindsets you hope to cultivate for your future self.

So look, you can assume I drank the new-age Kool-Aid all you want. All I know is that, ever since my hypnosis, I've been feeling more centered, positive, and focused than I've felt in a long, long time. And if that's not a way to go into 2019, my friends, then I don't know what is.