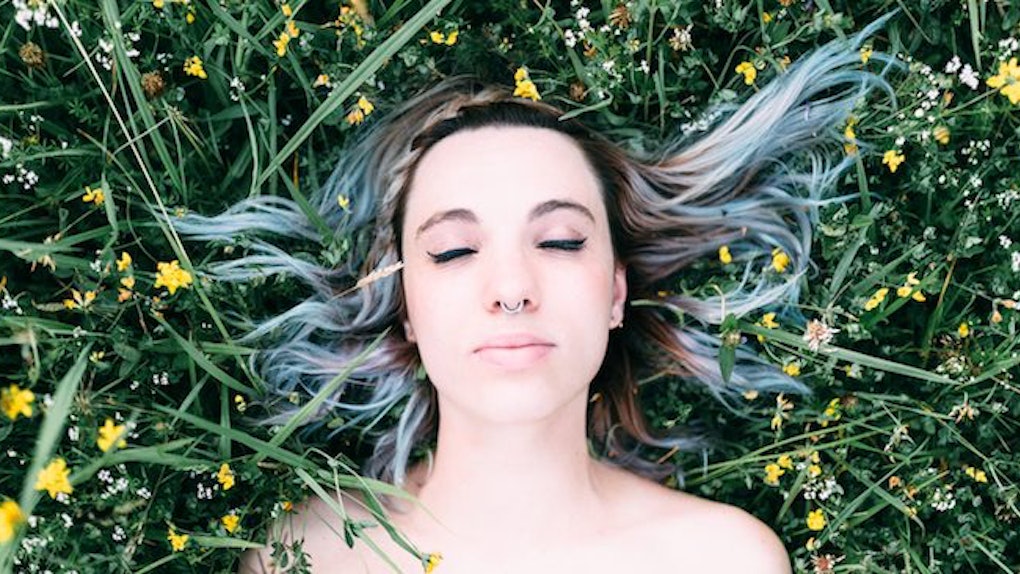 How Does Hypnosis Work? Here’s What Actually Happens Inside Your Brain

Believe it or not, you've likely experienced a hypnotic state of mind before, even if you've never actually gone to a hypnotist. It's a totally real thing, but oftentimes, people don't really know how hypnosis actually works. Like, what the hell is even happening inside your brain when someone hypnotizes you?

Researchers at Friedrich Schiller University Jena in Germany conducted a study to try to find out that very answer. In the experiment, participants were divided into three groups: those who were highly suggestible (aka easily able to be hypnotized), those who were of average suggestibility, and those with low suggestibility.

While under hypnosis, each participant looked at a screen that showed various shapes -- such as a circle or triangle -- and the individuals were asked to keep count of how many times a certain shape showed up. At the same time, they were told to imagine there was a wooden board in front of their eyes, obstructing their view of the screen.

The results showed errors in counting across the board for all three groups, but those who were of the highest suggestibility (and therefore most likely to be hypnotized) had the most trouble keeping track of their assigned symbols.

The researchers were also able to uncover some fascinating patterns in brain activity while the participants were under hypnosis.

When we look at the neural processes that take place in the brain while processing the symbols, we see that around 400 milliseconds after the presentation of the to-be-counted symbol, there is an extreme reduction in brain activity, although it should normally be very high. However, a short time before this — up to 200 milliseconds after presentation of the stimulus — there are no differences to be seen.

So, basically, hypnosis can change the way your brain functions, but it's not so clear how it can influence your neural activity.

If this sounds a bit confusing, don't fret. Elite Daily spoke with Rachel Heslin, founder of The Fullness Of Your Power and author of Navigating Life: 8 Different Strategies to Guide Your Way, who breaks down common misconceptions of hypnosis, and describes what the practice actually entails.

First of all, hypnosis isn't something that's done to you. Instead, it's triggering a process that happens inside you all the time. In fact, you've probably experienced it without realizing what it was. Have you ever been driving, then realized that you don't remember the last five miles? That's usually the result of your brain entering a hypnotic state as part of its routine maintenance.

According to Heslin, hypnotists simply tap into your hypnotic state of mind -- something that everyone has and is capable of accessing.

It's really just a matter of triggering that hypnotic mindset, she says, which can be done in a few different ways.

You may be familiar with the, 'You are getting sleepy' type of induction, which helps simulate that twilight period between wake and sleep when the normal barriers between the different parts of your brain start to relax. Guided imagery, which helps the client imagine themselves in certain types of environments, doing certain things, can not only assist in dissolving those barriers, but it can make use of metaphor in order to communicate complex concepts to the subconscious mind. Finally, one of the most effective triggers is confusion: A therapist may use intentionally long and convoluted sentences, or say things that don't make sense so that your brain will stop and go, 'Wait, what?'

That confusion, Heslin explains, causes your conscious mind to sort of "check out" in order to understand what was just said. Meanwhile, she says, a metaphorical door to your subconscious remains open "to allow for deeper therapeutic healing."

So, no, hypnotism isn't fake, but it isn't magic either. It's a state of mind that anyone can technically access, and just about anyone's brain activity can be manipulated -- in at least some small way -- as research has suggested.

It's real, but it seems it's up to the individual being hypnotized to decide how real it will be for them.

How real would it be for you?