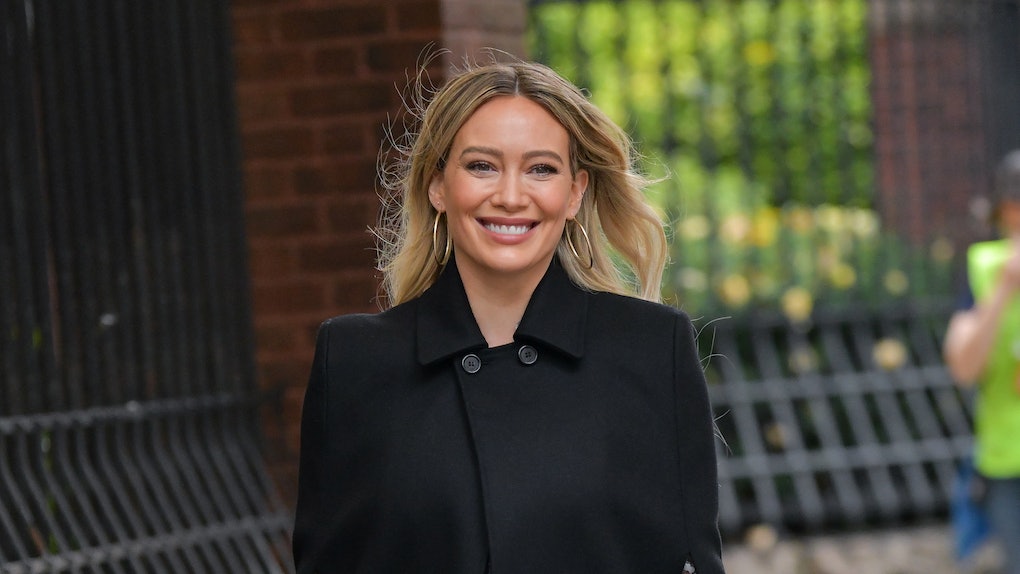 Hilary Duff has a new TV show that sounds legen — wait for it — dary. After her Lizzie McGuire reboot for Disney+ was recently scrapped, the actor is now setting her sights on reviving another beloved sitcom. So, get ready for a return to McLaren's Pub, because Hilary Duff's How I Met Your Father Hulu show will be a whole new take on the fan-favorite series, How I Met Your Mother.

Hulu announced How I Met Your Father, a sequel series to the nine-season CBS show How I Met Your Mother, on Wednesday, April 21. Duff will star in the new series as Sophie, a woman telling her son the story of how she met his father. Duff's role mirrors Josh Radnor's lead role as Ted Mosby in the original series, with Sophie's story taking place in 2021 as she figures her life out alongside her close group of friends. The sequel series has been picked up for 10 episodes, with Duff on board as a producer as well as the star.

Since How I Met Your Mother was such a strong ensemble cast, fans will definitely want to know who will join Duff in her circle of friends on How I Met Your Father. Unfortunately, there are no details on any other cast members yet, but hopefully more news will be announced soon.

The announcement of this fourth spinoff isn't only a big deal for the HIMYM family, but for Duff as well. In 2020, Duff was working on a reboot of Lizzie McGuire for Disney+, which ultimately ended in the project getting canceled a few days before 2021 started. During the turbulent filming hiatus that ensued after the Lizzie McGuire showrunner left the show, Duff asked that Disney allow the reboot to move to Hulu, claiming the PG rating Disney+ had required for the show was "limiting the realities of a 30-year-old’s journey."

While Duff may not have been able to bring Lizzie McGuire over to Hulu, she got the next best thing: her own new series on the streamer. Now fans will have to wait to see if any fan-fave HIMYM characters will make a comeback in the new show.

More like this
6 Facts About Mckenna Grace From 'The Handmaid's Tale' & 'Hill House'
By Ani Bundel
'How I Met Your Father': Hulu Release Date, Cast, Trailer, Plot, & More Info
By Rachel Varina
11 Moments From 'Ramy's Ramadan Episode That Are Way Too Relatable
By Umber Bhatti
Stay up to date