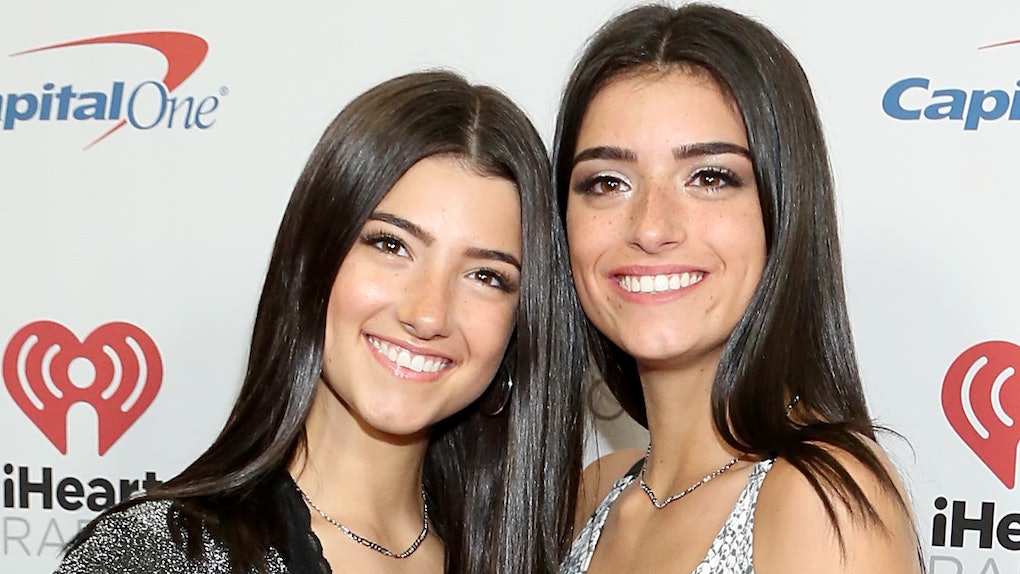 Here's Why Dixie D'Amelio Got Nose Surgery 2 Months After Charli

Dixie D'Amelio's latest TikTok, which shows her wearing bandages all over her face, has fans asking so many questions. Her sister, Charli D'Amelio, got nose surgery in July due to an accident that happened when she was younger, so fans are wondering whether the reason why Dixie D'Amelio got nose surgery two months after Charli could be related. On Sept. 17, Dixie went on Instagram Live to explain everything and what she had to say will shock fans.

During her stream, Dixie revealed she had a procedure done to fix her nose. She doesn't remember exactly when she broke it, but she has a few ideas, like the time she went ice skating and "slammed" her face into the ground or when she was playing soccer and got hit in the face so hard she had a concussion. There was also the time the star slipped and fell in the shower and "had whiplash," and the many occasions she "ran into walls."

"You win the award for the most clumsy human," Dixie's mother told her at one point in the video.

It seems both the D'Amelio sisters are accident-prone because, on July 16, Charli also had surgery to fix her broken nose. She documented the whole process in an Aug. 28 YouTube video. In the clip, both sisters had consultations with their doctors about undergoing procedures. While Charli got her operation right away, Dixie waited a bit for hers.

"I waited to get this surgery because I wanted to do sports and obviously, now that I'm injured, my soccer career is over due to me kicking my friend and spraining my foot," Dixie joked during her livestream. "I'm probably not going to go to the Olympics at this point."

During her initial consolation, Dixie got emotional thinking about the operation, so now that she's finally went through with it, it's no surprise Dixie said she cried afterward.

Watch her livestream below.

It seems Dixie is doing well because she posted some selfies for fans on Twitter.

Fans are sending Dixie all the good vibes in hopes she heals up quickly.

More like this
Here's How To Enter Simmons' Dream Room Contest For A Makeover By Charli & Dixie D'Amelio
By Lara Walsh
Here's Where Colton Underwood & Cassie Randolph Stand After He Came Out On 'GMA'
By Corinne Sullivan
Demi Lovato Called Out A Froyo Shop For Promoting Dieting Culture, & It's Getting Mixed Reactions
By Brandy Robidoux
Stay up to date