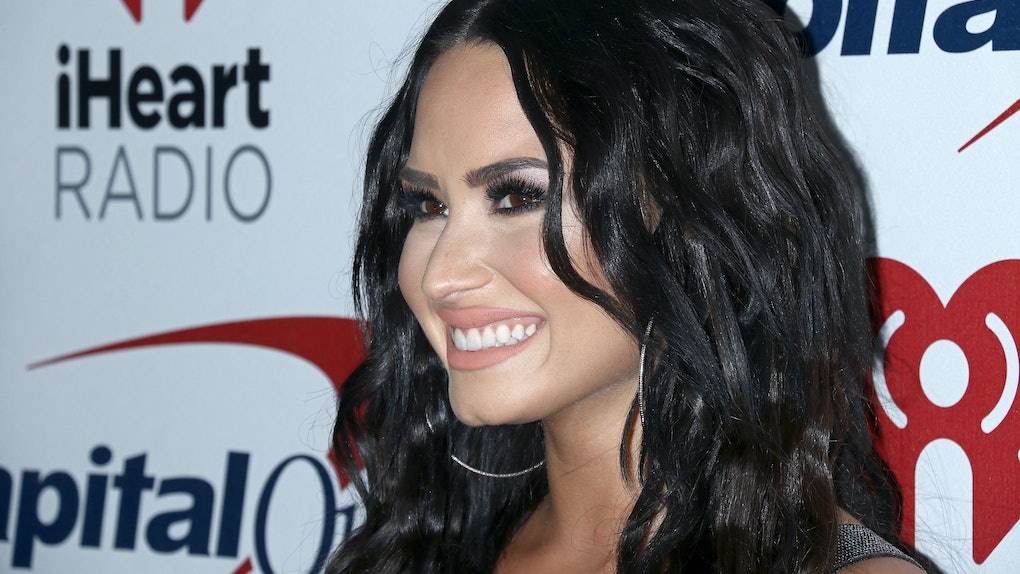 Demi Lovato had big plans for 2020, but, unfortunately, the coronavirus pandemic threw a wrench in some of them. Lovato has been actively hard at work for the past nine months, but not all of what she had in mind for this year has come to life... yet. The reason why Demi Lovato hasn't dropped an album in 2020 makes total sense.

Lovato came into this year hot. On Jan. 26, Lovato moved the audience at the Grammys with her performance of "Anyone," and the following week, she delivered a powerful rendition of "The National Anthem" at Super Bowl LIV. The appearances came two months after Lovato revealed she was working on a new album.

"I have new music coming," she said during the Teen Vogue Summit in November 2019. "I didn't say when — now I'm just teasing you. Here’s the thing with new music. I know you guys have wanted it. But it’s important to remember that I’m so cautious this time around about jumping back into things. I really decided to take my time with things. When the time is right, I will put it out there. I am dying to release music... but everything in due time."

So, fans went wild on March 6 when Lovato dropped her latest track, "I Love Me," believing it to be the promotional single that would kick off her brand new era. But Lovatics are still wondering why, in September, they haven't gotten more new music. Well, Lovato explained things in an interview with Good Morning America on Wednesday, Sept. 9.

“The first few weeks were actually a little confusing because I was so prepared to you know, start my quote-unquote, comeback, release music that I hadn’t released in years and talk about the things that I wanted to talk about for so long," Lovato said of things going into lockdown amid the COVID-19 crisis.

On top of new music, Lovato is also working on her new partnership with the online therapy platform Talkspace. "Therapy has saved my life in so many ways, and I wouldn’t be where I am today without it," she shared on Sept. 9. "There’s so much going on in the world right now, so we need to be taking care of ourselves and those around us."

There's no doubt that whenever Lovato gets around to dropping her upcoming album, her fans will be ready for it.