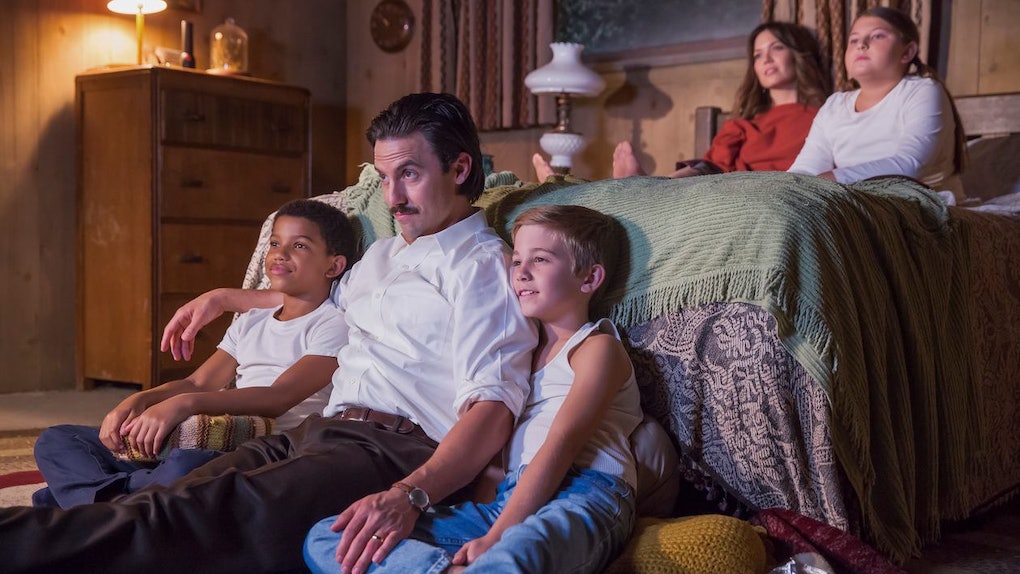 Here's Which 'This Is Us' Character You Are, Based On Your Zodiac Sign

Part of what makes This Is Us so relatable is its portrayal of family relationships. Jack Pearson totally reminds me of my own dad at least once a week, while Rebecca and Kate clashing in both the '90s and present day is reminiscent of every mother-daughter relationship. On a deeper level, each character's personal struggles, such as Randall's anxiety or Kate's self-esteem, have spoken to fans, reminding us that no one's life is ever a s perfect as it seems from an outsider's perspective. Given how relatable each character becomes as the show progresses, which This Is Us character are you based on your Zodiac sign?

The hit NBC series explores both biological and adoptive family situations, showing how talents, addictions, or personalities can carry over to new generations. That being said, the pilot episode emphasized that the Big Three shared a birthday with Jack, which would give them all the same Zodiac sign and similar personalities. With this little detail put to the side for now, these four characters and the rest of the gang clearly fit individual star signs so well that it's easy to match each one to different signs and their personality traits.

So, if you're convinced that your parents are a modern-day Jack and Rebecca or that William is your spirit animal, read on to figure out which This Is Us character you're most like:

Capricorns are extremely devoted to their families, just as Deja was loyal to her struggling single mother as she was growing up. Capricorns also pride themselves on being responsible and disciplined, and as we all saw in the Deja-centric episode, she knew how to prepare herself dinner and look after her mom from a pretty young age.

Experiencing the tumultuous foster care system only improved Deja's ability to take care of herself, but mirroring Capricorns' biggest irritation, she's still dealing with a lot of anger toward all of the changes in her life. Capricorns also learn from their mistakes, and Deja took her fellow foster kid's advice to heart when she warned her to deal with an unsavory foster home for the sake of having a warm bed.

Those born under the Aquarius sign are eccentric and independent, and they dance to the beat of their own drum. Although making some unique decisions led to dark personal and financial times for William, his last few months with Randall and his family reflected his creative spirit. He got high with Beth and convinced Randall to explore his hometown of Memphis with him, in addition to sharing his contemplative nature with the rest of the family.

Weaknesses for Aquariuses include avoiding emotional conversations, which William was guilty of when an adult Randall came back into his life. They thrive in social situations, as William was a popular tenant in his last apartment building, but often crave alone time, which William probably had too much of as his life slowed down.

Jack Pearson is the king of compassion, which is a key quality for those born under the Pisces sign. A Pisces is often romantic and gentle, aka the exact reason why we all love Jack's relationship with Rebecca. Proving that it's best to fall in love with a Pisces, this astrology site even cites them as loyal partners who need a genuine connection to their significant others. Forget Jack's "World Best Dad" mug - where is his "Pisces Proud" mug?

On the downside, a Pisces is prone to acting as a martyr. I mean, it's not like Jack went back into a raging house fire to save the family dog and some sentimental heirlooms...oh, wait.

An Aries is confident and passionate, as we have watched Kevin become as he rediscovered a love for acting through New York theater and his part in a Ron Howard war movie. Being a sign associated with fire, the Aries label often means a love of taking action before considering the consequences. Kevin is a classic firstborn who loves taking control, but his Season 2 story revolved around his addiction to painkillers, demonstrating just how extreme he can act without thinking about the results.

An Aries also hates to do work that isn't related to his or her own talents, which explains Kevin's distress when he broke his leg and could no longer play football. We still don't know how he found a new passion in acting, but it's clear that when that kind of work isn't in Kevin's life, it negatively affects him.

In the words of Randall, Tauruses love "the big house [and] fancy car." They value high-quality things, but are also responsible, devoted people. If anything, Randall is overly loyal, even to the point of leaving a Vegas bachelor party to check in on Deja across the country and staying in a job that was slowly sucking away his soul.

Similarly, being so loyal plays into a Taurus' major dislike of change and insecurity in his or her life. Randall hated letting go of both William and Deja after trying desperately for them to adjust smoothly. to the Pearson home. Over the past two years, he seems to have gotten better about embracing chaos, but it's still not a setting in which he's comfortable.

Madison returned in Season 2 as Kate's bubbly friend who finally interacted with the other Pearsons at Kate and Toby's wedding. Despite a tease of her attempting to flirt with Kevin, it seems that, in the future, Madison will remain just a friend to the family. Her chatty and expressive personality fits the Gemini description to a T, coming across as sociable and curious about the world.

Madison's role in Kate and Toby's weight support group was finally connected to her Season 2 struggles with bulimia. Although they're often extroverted and positive, Geminis are almost never satisfied, explaining their constant desire to find new friends and hobbies to entertain themselves. It's safe to say that Madison and Kate's friendship is past being a fresh new thing, but before they grew close, Madison definitely was on the lookout for a true, substantial friend.

Cancers are known for their love of art, which perfectly aligns with Rebecca's passion for music and singing. She's also loyal and persistent, as many Cancers are, and her impassioned speeches to Jack about his worth are proof of that. Being a Water sign, Cancers sometimes struggle with fitting in with the rest of the world, but Rebecca was totally content being single and career-driven in the less equalizing 1970s before she met Jack.

Cancers are prone to moodiness and insecurity, similar to Rebecca's constant comparison of her own parenting skills to Jack's. They are also reluctant to explain their personal lives, and in total Cancer fashion, Rebecca isn't always willing to delve into her past. She avoided discussing Jack's alcoholism with her kids after his death and hid the fact that she knew William for Randall's entire life.

Leos are passionate and funny, always looking for an opportunity to crack a joke. They can be the life of the party and love being the center of attention. If you caught Toby's "happy song" dance when he learned Kate was pregnant, you know that he has no qualms about drawing others' attention.

On the other hand, Leos can become very aware of what others think about them, and they hate ending up in difficult situations. You can definitely spot the best and worst of Toby's Leo qualities throughout Kate's pregnancy and miscarriage, because he also struggled with vocalizing his feelings and cheering up Kate after she miscarried.

Beth is a little bolder than most Virgos, but helping Randall cope with his anxiety for so long has molded her into being the more sensible one of the pair. She's hardworking and calms Randall down from his fantasies of the worst case scenario. As a Virgo, Beth is also susceptible to little details, such as noticing Deja's alopecia and knowing how to talk to Shauna at the end of Season 2.

Virgos are also prone to working way too much, which Randall accused Beth of doing when they were in Vegas. They also avoid asking for help, which explains why the issue of Beth's extreme dedication and sensibility blew up at Kate and Toby's parties.

Libras are naturally peaceful and diplomatic, which "middle child" Kate represented even from a young age. She was always incredibly loyal to Kevin, but also recognized just how great Randall was and particularly bonded with him after Jack's death. In a classic Libra manner, Kate craved peace so much during the family therapy session that she tried to take the blame for Kevin's problems.

At their worst, Libras are indecisive and can pity themselves, which Kate has resorted to throughout the show. Despite these struggles, Libras find comfort in music, which Kate rediscovered over the course of Season 2.

Scorpios are amazingly true friends, which Miguel proved in flashbacks to Jack's lowest point in his marriage to Rebecca. Without the context of Miguel's present-day marriage to Rebecca, he could just be seen as the ultimate BFF. Perhaps reflecting the dual roles he played while with Jack and now with the other Pearsons, Scorpios are equally passionate and assertive. Miguel stepped up when Jack needed him, but has taken a backseat when it comes to participating in the family today.

Although present-day Miguel has seemingly been great about Rebecca's connection to Jack, Scorpios have a tendency of being jealous. We're supposedly seeing more of Miguel and Rebecca's origin story in Season 3, so perhaps some jealous streaks popped up in their early days.

Sagittariuses are philosophical and optimistic, which Dr. K nailed down in that pivotal pep talk to Jack after the Pearson babies were born. Dr. K is incredibly honest, as Sagittariuses often are to the point of saying too much, but this trait played out well when he spoke to Rebecca about moving on at Jack's funeral.

Sagittariuses struggle with impatience, which Dr. K likely dealt with after his wife died and his kids expressed concern about him. He may struggle with expressing himself in a universally acceptable way, but it's clear that he can do no wrong when it comes to the Pearsons.