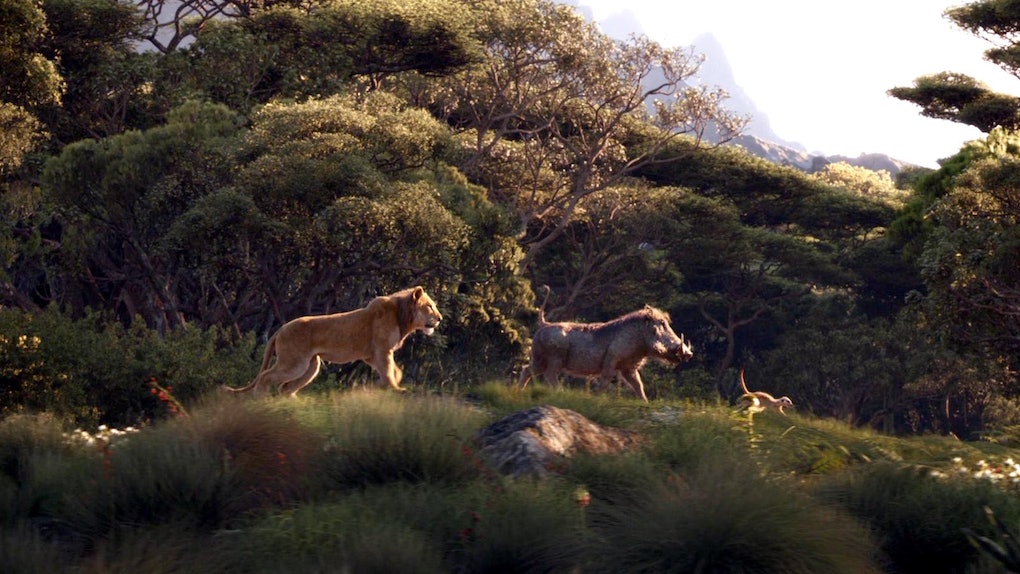 It is finally time to start singing along to brand new versions of all your favorite Lion King songs, because the soundtrack for the 2019 remake is now available to stream or download. Filled with reimagined versions of Disney favorites performed by musical superstars like Beyoncé and Donald Glover, the 2019 Lion King soundtrack has been, without a doubt, one of the most highly anticipated albums of the year. So if you just can't wait to be king, here's where to stream the Lion King soundtrack.

As fans can now hear, the newly released soundtrack puts its own unique spin on the classic tracks from the 1994 animated movie. While "Circle of Life" and "I Just Can't Wait to Be King" sound mostly the same, except with new vocalists, "Hakuna Matata" and "Be Prepared" both had pretty notable makeovers. In "Hakuna Matata," Billy Eichner and Seth Rogen throw in many new ad libs and jokes that were not in the original song, and Chiwetel Eliofor channels Scar's villainous menace into more of a spoken word piece than a song in the new "Be Prepared."

But let's be real, the most important thing about the new soundtrack is that Beyoncé is on it. Now, fans can hear the full version of "Can You Feel the Love Tonight," in which Beyoncé duets with Donald Glover. She also has a brand new original song called "Spirit" on the soundtrack. And that is not the only new song added to the album — Elton John also has a new upbeat track called "Never Too Late" for fans to check out. Listen to the full 2019 Lion King soundtrack on Spotify below:

While the updated soundtrack gives Disney fans more music than the original, there is actually even more to look forward to, because this is not the only album being released with the upcoming The Lion King adaptation. Beyoncé is also releasing a full album of original songs inspired by the Lion King story on the same day as the movie's release.

The Beyoncé-curated album is called The Lion King: The Gift, and it will feature a mixture of genres and artists. We do not know which artists will be featured on the album yet, but Beyoncé teased some of her favorite singers have been tapped to record the new original songs. While Beyoncé's track "Spirit" is a part of the Lion King soundtrack, it also serves as the lead single from The Lion King: The Gift.

Now, fans can listen to the new Lion King soundtrack to their hearts content while waiting for the new movie to premiere on Friday, July 19.