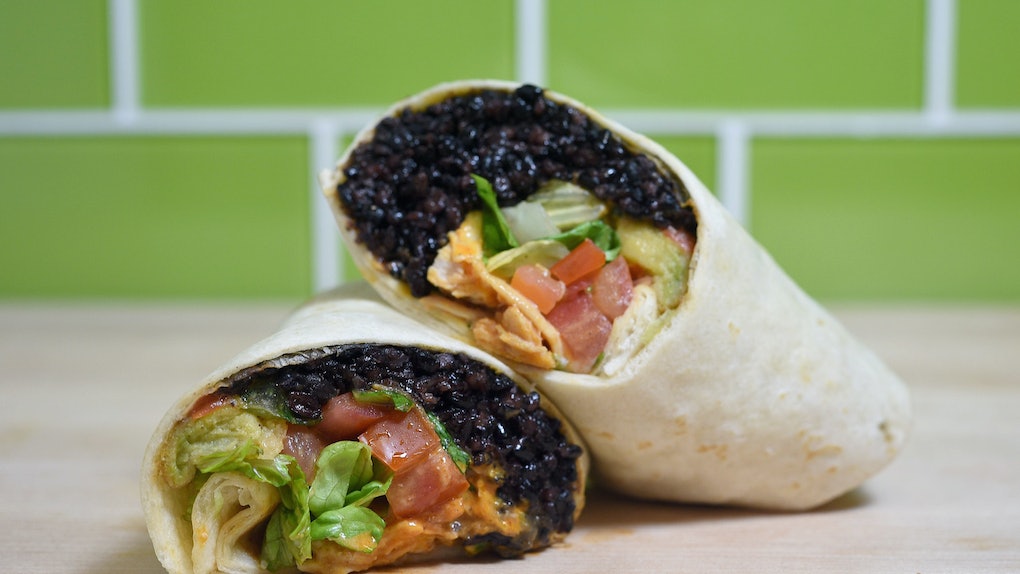 Here's Where To Get Free Burritos For National Burrito Day, Because Priorities

Hey, this is your friendly neighbor, and I'm here to bring you some good vibes this morning. It may be two damn degrees outside in the middle of April, and yeah, there also might be a super long day of work ahead of you — but hear me out: There's totally a light at the end of this tunnel. You actually have the opportunity to make this day absolutely amazing. So if you're looking to follow my lead make this the best damn day of 2018, look no further. Here's where to get free burritos for National Burrito Day... because yeah, that exists. You're welcome.

Aside from the fact that today is finally Thursday, it also happens to be National Burrito Day... so naturally, this day just got a whole lot spicier. Regardless if you're more of the veggie burrito-type, or if you really dig that carne asada, National Burrito Day can be celebrated by anyone and everyone, which is really the true beauty of it. And since so many of our fave Tex-Mex restaurants are celebrating the big day, I've put together a handy list of places where you can snag a free burrito, to ultimately make this day the best day possible.

Praise the burrito lords, because according to Uproxx, National Burrito Day kicks off Taco Bell's addition of $1 Triple Melt Burritos to its menu. The burrito contains beef, shredded cheese, and nacho cheese, so get ready for the time of your freaking life. And, if you're living in San Antonio, Texas, Taco Bell locations will be offering a free bean burrito with the purchase of a large drink, per MySanAntonio.com. The deal will last until Sunday, April 8, so it looks like I might actually be headed to Texas this weekend.

This one goes out to all of you out there in the Golden State. According to Del Taco's Twitter, you can get a free small order of fries if you go in on its two for $5 Classic Burritos deal. West Coast really is the best coast, I guess.

If you happen to be based in good old NYC (holla), you should head to Mad Dog & Beans in Midtown, Manhattan, like, ASAP. With the purchase of any burrito, you can snag a free beer... and let me tell you, a burrito and beer really is what everyone needs more of in their lives. Just make sure to get there between 12 p.m. and 3 p.m., per Mad Dog & Beans' Twitter account, because you definitely won't want to miss out on this.

BOGO burritos? What's the catch? Ha, ha, there is none, and that's the beauty of National Burrito Day. Simple as that. If you buy a burrito at any of the El Pollo Loco restaurants today, you'll get another free burrito upon showing its National Burrito Day coupon. Sadly, El Pollo Loco is predominantly based in Western and Midwestern states, so us New Yorkers will just have to admire from afar.

If you're livin' it up in North Carolina, you're in luck. At all participating Qdoba locations throughout Charlotte, Raleigh, and Gastonia, customers will be able to get a free 10-inch chicken burrito if they simply buy a drink. This state-specific promo, according to Newsweek, was put together by QCarolina Restaurants, which is separate from Qdoba national restaurants. I'm jealous AF.

I know that many of these deals are local, so just make sure to find a burrito joint in your neighborhood. Snagging a free burrito truly is the key to happiness, and I don't think anybody could even think about denying that. Also, this glorious holiday only comes once a year, so celebrating the right way is mandatory.