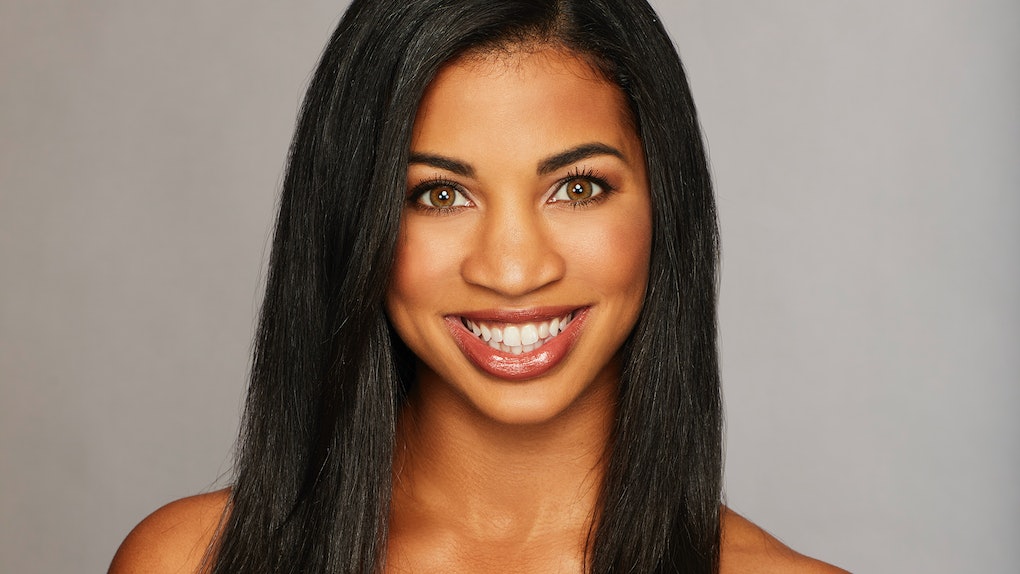 Things got really spicy on the latest episode of The Bachelor when three of the women were eliminated. (Well, two were eliminated. One decided to leave.) Among the contestants given the chop was Katie, who, despite a strong start, never really had a chance to connect with Colton due to the fact that never got a much-needed one-on-one date with the bachelor. While she wasn’t the only woman to leave the competition this week, thanks to Katie's comment about Colton's body language on The Bachelor, her’s was definitely the most intriguing departure.

What Katie was referring to was their previous conversation, during which she opened up to Colton about her concern that she was being misunderstood due to her difficulty with opening up and being vulnerable about her emotions. “It's just hard,” Katie said. “I don't like to show the bad. Sometimes it's even hard to show when I'm super happy because I don't want it to just get taken away. So, I think sometimes I'm just like, on this level, really like monotone, and I think my biggest fear is just like, you misunderstanding and not being able to like, read where I'm at. It's just hard I guess, and I don't want you to think that I'm holding back. I would hate to go home with you thinking that I didn't try." Colton acknowledged that he could see she was trying, but ultimately it wasn’t enough, and Katie was cut. Later when they were saying their final goodbyes, Katie told Colton she could see the writing on the wall in his body language. This admission made me wonder what exactly she was picking up that viewers like me may have missed. So, I reached out to Traci Brown, body language expert and author of Persuasion Point: Body Language and Speech for Influence, to ask what she saw in Colton’s body language during that fateful conversation — and if Katie was right. Here is what Brown had to say.

In this shot of Colton and Katie's conversation, Brown sees that Colton is engaged and present. More importantly, it's what she doesn't see here that is ultimately very telling. “He likes to look his lady in the eye,” Brown tells Elite Daily. “Here we see him pleasant, even a little happy but not ecstatic.” The overall impression is one of Colton enjoying Katie’s company, rather than feeling any real chemistry.

There isn’t passion in his embrace.

The lack of chemistry becomes clearer in this second shot, says Brown, despite the two of them getting really close. “This looks to be a heartfelt embrace, but again we see him calm, not really passionate,” she explains.

He isn’t trying to get closer.

While Brown sees that Colton is comfortable being physically close to Katie, there is a lack of tension that comes with desire, as well. “Here he's sincere, but not really passionate,” reiterates Brown. “He's holding her close. But that's all that's going to happen. Her head is turned away, not trying for anything more.”

He's receptive to what Katie has to say.

After the elimination, Colton walked Katie out to the car to say goodbye, and it was there that Katie let him know that she recognized there was an issue with their connection. "I knew there was a disconnect the other night just by your body language, and my biggest fear was that you wouldn't think I could get there. But I have so much to give and I wish that I would have gotten just a little bit of time to show you," Katie explained.

Brown looked at these images of his response to Katie’s statement, and what she sees is more of the same — as well as hints at a possible agreement. “We see his same calm and pleasant face. There's no real emotion here or anger we'd likely see if she was wrong. He's for sure not being defensive,” says Brown. While he may not have felt a connection, Brown says that Katie does have his full attention here. “The only difference from [the other photo] is that his eyes are opened up a little wider. So, he's paying more attention to her words. Still not disagreeing. Maybe a touch surprised he's been caught,” says Brown.

In the end, it seems that Brown agrees Katie was right on the money with her assessment of Colton’s body language. They just didn’t have the spark or the one-on-one time to needed to foster a connection. “Overall, he doesn't seem that distressed by what she has to say. So, he may agree with it!" concludes Brown. Well Katie, hang in there. After all, there’s always Bachelor in Paradise!

More like this
Matt James' Quote About His 'Bachelor' Fantasy Suite Dates Is Revealing
By Corinne Sullivan
Is Katie Thurston Engaged After 'The Bachelorette'? Her Instagram Is Sus
By Joyann Jeffrey
Kaitlyn Bristowe’s Quotes About Hosting ‘The Bachelorette’ Are So Honest
By Lydia Wang
Stay up to date