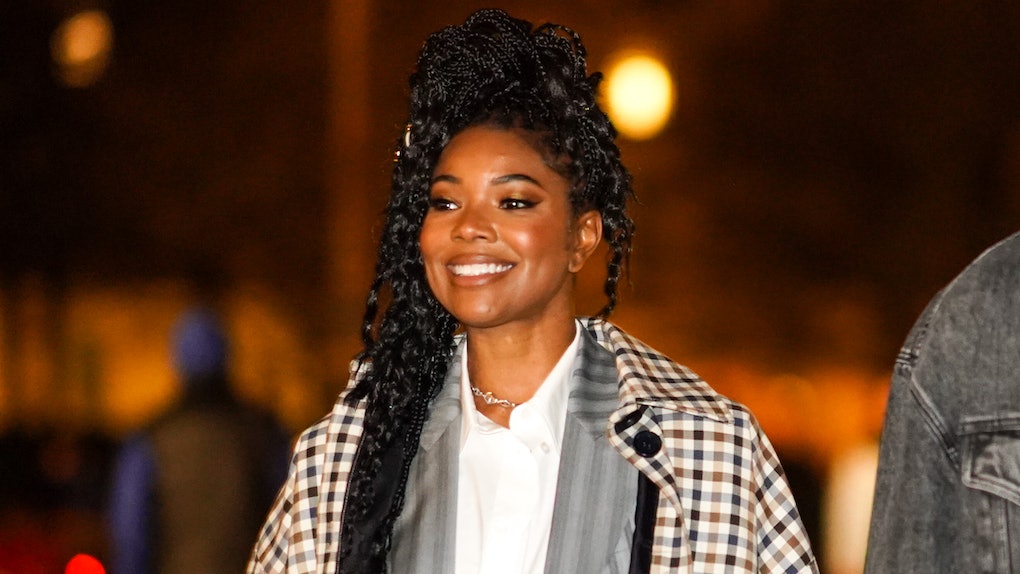 The official HBO Max Friends reunion may be on hold for now due to the coronavirus pandemic, but there's still a way for fans to get their fill of Friends content right now: Gabrielle Union is leading an all-Black Friends table read on Tuesday, Sept. 22. If you want them to be there for you, here's how you can watch the star-studded event.

Union will host a table read of the Season 3 Friends episode "The One Where No One's Ready" over Zoom. The cast will feature Sterling K. Brown as Ross, Ryan Michelle Bathe as Rachel, Uzo Aduba as Phoebe, Aisha Hinds as Monica, Jeremy Pope as Chandler, and Kendrick Sampson as Joey. Salli Richardson-Whitfield is set to direct. Fun fact: Union actually guest-starred in an episode of Friends back in 2001 (Season 7's "The One With the Cheap Wedding Dresses"), but she won't be reprising that role for this table read; instead, she's acting as the host for the event.

This Friends table read is part of Zoom's benefit series called The Zoom Where It Happens, which began with a Tracee Ellis Ross-led table read of a Golden Girls episode on Sept 8. Each Zoom event benefits a different non-profit; this week's supports Michelle Obama's voting initiative When We All Vote. You can register to watch the all-Black Friends table read here.

This isn't the first time Friends (or even this particular episode) has been revamped with an all-Black cast. In 2017, Jay-Z's music video for "Moonlight" included a remake of the episode "The One Where No One's Ready" that starred Jerrod Carmichael, Issa Rae, Tiffany Haddish, LaKeith Stanfield, Lil Rel Howery, and Tessa Thompson. In that version, the actors performed the episode on a replica of the set for Monica's apartment. This Zoom table read probably won't include sets and costumes, but unlike the snippets of the episode included Jay-Z's video, this one will treat fans to the entire episode, hopefully including the infamous moment when Ross agrees to "drink the fat."

The Zoom Where It Happens Friends table read will stream on Tuesday, Sept. 22, at 9 p.m. ET here.