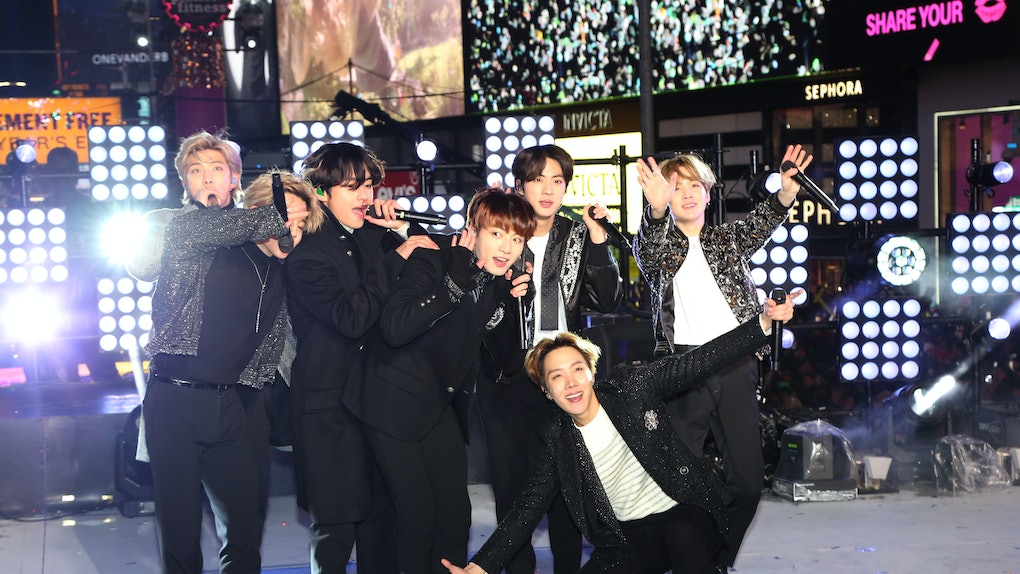 Some of the biggest K-Pop groups today were formed on reality competition shows, like TWICE, Stray Kids, and Monsta X, so on June 26, when Big Hit Entertainemnt (the agency behind global supergroups BTS and TXT) and CJENM premiered a new reality competition series called I-LAND, fans were pumped to see the world's next big super group formed from start to finish. The show follows a group of trainees as they aim to land a spot in a new Big Hit boy group. If you're a big K-Pop fan, you'll definitely want to check it out because the series will show you the ins and outs of what it takes to be a real K-Pop idol. By keeping up with the trainees from the very beginning, you'll be able to say you were there from day one once the guys all get famous. If you're interested in watching, here's how to stream Big Hit's I-LAND.

But first, there are a few things you should know about the show first, like how the series has been in the making for three years and is named after the I-LAND building where the competition takes place. After receiving so many applications from potential contestants looking to make it big, the producers chose 23 final participants to be on the series, who were all born between the years 1997 and 2008.

To get fans excited about its pool of trainees, Big Hit shared a video of its applicants singing the show's theme song: IU's "Into the I-LAND!" The clip gave fans their first look at the program, including the guys seeing the I-LAND building for the first time, practicing their choreography, rehearsing their songs, and getting to know one another.

Big Hit's founder Bang Si Hyuk is an executive producer for I-LAND, as well as solo singer Rain and Zico of the Korean group Block B. Hot Stove League actor Namgoong Min is also the MC.

Now that you're up to speed with all the basics, let's move on to how to stream the program. I-LAND is available to watch on Rakuten Viki for free with advertisements, but in case you prefer to watch without ads, you can purchase a Standard Viki subscription for $4.99 a month, or a Plus Pass subscription for $9.99 a month.

However you watch, you definitely don't want to miss out.