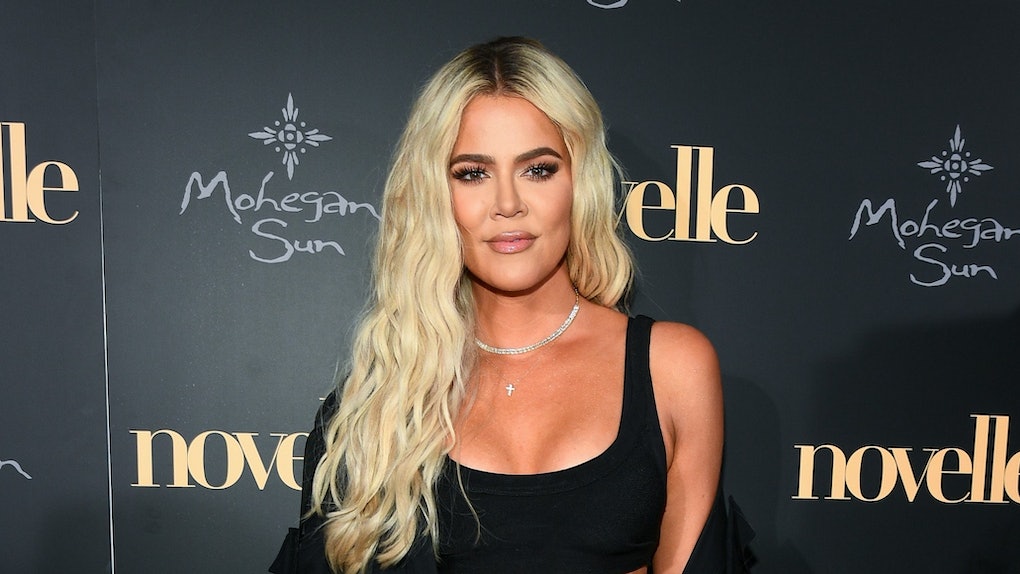 Here's How To Pronounce Khloé Kardashian's Name Correctly, Because You're Doing It Wrong

Yes, you read that right. Apparently, everyone has been pronouncing Khloé Kardashian's name wrong this whole time. On Monday, March 22, Andy Cohen appeared on The Tonight Show Starring Jimmy Fallon and revealed he discovered the right way to say her name while recently interviewing the Kardashians. If you've been saying it as "Klo-ee," prepare to get your mind blown because here's how to pronounce Khloé Kardashian's name correctly, according to Cohen.

"It's Klo-ay. Khloé is the name. There is a little accent over the name," Cohen, who's the host of the late-night talk show Watch What Happens Live, told Jimmy Fallon. "Wait. I'm so sorry. No, no, I'm sorry," Fallon responded, obviously feeling just as stunned as everybody else watching this revelation unfold.

If you didn't figure it out sooner, that's OK because apparently, no one knew besides Kardashian's mother, Kris Jenner. Cohen said Kris confirmed how to pronounce the name when he went to interview the family at Kardashian's house for his upcoming show For Real: The Story of Reality TV, which is a seven-part series about the history of reality television that premieres on E! on Thursday, March 25. "I walked in, I go, ‘Klo-ay?' and the other women go, ‘Excuse me?' And Kris said, ‘Yeah, that's actually really how it's pronounced.' There’s a little thing on top of the name, why am I the only one that got that?"

Watch Cohen's Tonight Show interview below. (The Kardashian bit starts around the 3:02 mark.)

Considering fans have been following Kardashian since the premiere of Keeping Up With The Kardashians in October 2007, it's hard to believe they didn't know the most basic thing about her.

After 14 years of being on air, the show will officially end with Season 20. During the first episode of the season, which premiered on Thursday, March 18, Kardashian revealed she and Tristan Thompson are trying to have a second child and are exploring surrogacy. At the time of filming, Kardashian said she and Thompson weren't a couple, but her March 13 Instagram post for his 30th birthday have fans convinced the stars are back together.

"The ones that are meant to be are the ones who go through everything that is designed to tear them apart, and they come out even stronger than they were before," Kardashian wrote. "I’m thankful that I can do absolutely nothing with you, and it feels like everything... I hope you know today and every day how loved you are by me and so many. Happy Birthday."

Fans can follow Kardashian and Thompson's journey on KUWTK, which airs on Thursdays on E!

More like this
Khloé Kardashian's Response To Her Unretouched Bikini Photo Leaking Gets Honest
By Brandy Robidoux
Here's How To Watch BTS' 'You Quiz On The Block' Episode With Subs, Because It Was So Good
By Michele Mendez
Here's The Kardashian-Jenner You're Most Like, Based On Your Love Life
By Candice Jalili
Stay up to date