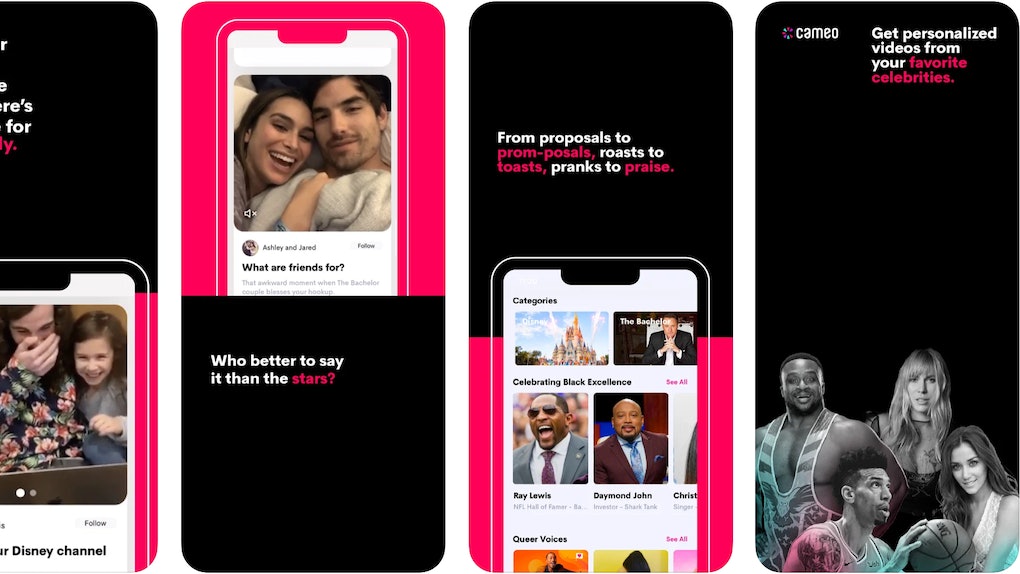 The next you're stumped for what to get someone as a birthday gift, look to the recipient's fave celebs. Cameo makes it so easy to book a direct shoutout from your favorite stars. The popular app was founded in 2017, and for a price, you can purchase anything from a personalized musical performance to life advice to a hilarious birthday wish from some pretty impressive celebs. With members like TikToker KallMeKris, The Bachelor's Ben Higgins, and Jersey Shore's Snooki, Cameo has gained serious hype for special occasions. Here's how to order a Cameo for birthdays for the ultimate surprise.

Cameo lets you choose from among a bevy of stars to say (or sing) a message you draft yourself — or, if you prefer, for the person to freehand one them to recite. To request a personalized birthday video from one of the many celebrities in Cameo's roster, you'll need to make an account and then head to the Cameo website or app to check out the available stars on the Cameo Marketplace. To narrow down your search, you can adjust categories you want to look at, i.e. athletes, musicians, or comedians, as well as your price range. Celebrities make their own prices and the cost of videos can range from $1 to thousands of dollars, depending on who you pick. You can also request a DM from the star, which is usually less expensive than a video.

Once you've found a star's profile that you're interested in, you need to click on the request button to send a message request. Keep in mind that the star will have up to a week to respond to you, and they can decline your request, so don't bank on a Cameo as a last-minute gift. On the star's profile, you can draft a 250-character description of what you're looking for while being as specific as possible. To pay, you'll need to put in your card info for the amount that star is asking for their services, but you won't be charged for the video you requested until it's completed.

Once you have the Cameo approved and receive the message, a link with the video will be sent to the email address you provided, and it will be sent via text to any phone numbers you entered when you ordered it. You can also download the video to save it and send it how you'd like.

The hardest part will probably be picking a Cameo star, as the platform boasts a lineup of thousands of celebrities, including numerous reality TV personalities like The Bachelor's Ashley Iaconetti and Caitlyn Jenner, pop culture figures like Carol Baskin, and even social media-famous animals. To make sure you get your message in time and to avoid getting rejected by a star at the last minute, make sure to give yourself plenty of time to send in your request.