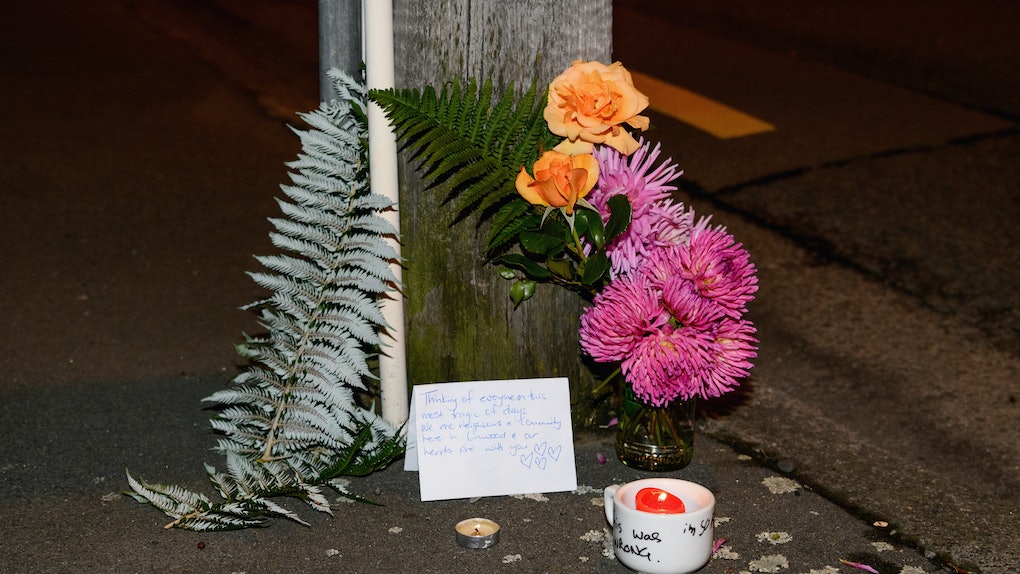 Here's How To Help Victims Of The Christchurch Mosque Shootings

On Friday, March 15, a gunman entered two mosques in Christchurch, New Zealand, killing at least 49 people and wounding many others. In the wake of the deadly shooting, many are searching for answers and ways to show support for the victims. If you're ready to lend a helping hand, here's how to help victims of the Christchurch shooting, because anything counts.

The shootings reportedly happened during Friday prayer at Al Noor Mosque and Linwood Mosque, which are about three miles apart, according to The New York Times. The attack has been described as a potential terrorist attack, with New Zealand's Prime Minister, Jacinda Ardern, saying in a press conference that the suspects held "extremist views," per CNN. Three people have since been arrested, per CNN, and one man has been charged with murder.

The attack has rocked the country of 5 million people, which has a low rate of gun murder, and which last saw a mass shooting nearly 30 years ago in 1990, per the Times. While the police work to unearth more details, families are grieving the loss of at least 49 victims, per CNN, with The New York Times reporting about 48 injuries, including children. Here are some concrete ways to help them.

Donate To The Victims And Their Families

If you're in a position to give money, you can donate to a Givealittle page, which was created by the New Zealand Council of Victim Support Groups and aims to "provide support and resources for those affected by the shooting and their family members. Givealittle tweeted on March 15 that it's been getting 20 times more traffic in the wake of the shooting, though, so if it takes a while to load, give it some time or check back later.

If you're not in a position to make a monetary donation, don't worry. There are other ways to help out that are just as effective.

Another thing you can do is donate blood to the survivors. If you're local and open to this option, you can use this website to find the blood center closest to you. Then you can either book your appointment online or call. If you're not local, you can and should still feel free to donate blood — it will still help someone.

There have also been a number of vigils organized for the victims, including some already held in Sydney, Australia. In New Zealand itself, there's one scheduled for 2 p.m. local time on March 16 at Aotea Square in Auckland that will honor the victims and those affected. Others are springing up around the world, including in the UK, Canada, Fiji, and elsewhere. You can search in your local community for one, or if no one else has put one together, create your own.

Lastly and most importantly, you can share your support for the Muslim community. Nasreen Hanif, a spokeswoman for the Islamic Women’s Council of New Zealand, told The New York Times that both mosques have asked for help from Muslims around the country to arrange 49 funerals for the victims. If you're local and part of the community, you can try reaching out. If you're not, you can still help out in your everyday life by speaking out against Islamophobia, hate, and discrimination, even in its smallest forms. Here's a helpful guide on how to address bias and discrimination in casual encounters.