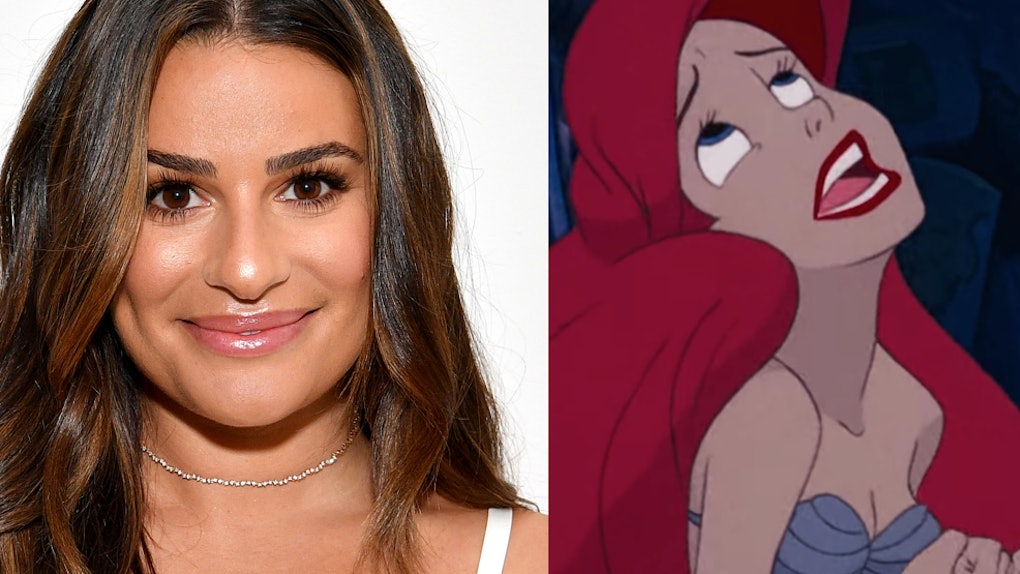 Here's How To Get Tickets To 'The Little Mermaid' Hollywood Bowl Show, Starring Lea Michele

This actually isn't the first time Ariel and her under-the-sea friends have made an appearance at the Hollywood Bowl. In 2016, the famous venue put up a similar live production and screening of The Little Mermaid, but this time around the live music will be provided by a whole new cast. For this year's show, which will play on May 17 and 18, Lea Michele will be leading the bunch by playing the little mermaid herself. Tony-award winning Broadway actor Harvey Fierstein will be belting out "Poor Unfortunate Souls" as the sea witch Ursula. The rest of the cast will be rounded out with Peter Gallagher as King Triton, Cheech Marin as Chef Louis, Leo Gallo as Prince Eric, and Ken Page as Sebastian. Michele tweeted about the news and provided some helpful info for snagging tickets:

Tickets go on sale at the Hollywood Bowl website on April 5, but all hardcore fans can get access to presale tickets on April 2 starting at 10 a.m. PT using the code "ArielPRE." It sounds like it'll be a show that's well worth the price of admission. In addition to the fan-favorite songs from the Oscar and Grammy-award winning movie score, like "Part of Your World" and "Under the Sea," the live orchestra and singers will performer songs from the the Broadway production of The Little Mermaid. It's like seeing the movie and the musical all in one.

The Hollywood Bowl will also be decked out in aquatic decorations and have state-of-the-art "living scenery" projected across the space, all with the goal of transforming the theater into the "Hollywood Fish Bowl Dive-In Theater." That's not all the nautical night will include. According to a press release, the show will also feature:

A full program of aquatically-themed previews of coming attractions, nostalgic animated snack bar commercials and the 1938 Silly Symphony cartoon Merbabies featuring the world premiere of a live original score composed and performed by 17-year-old piano sensation Emily Bear. Audiences are also invited to participate in a Little Mermaid-themed costume contest and unique photo opportunities to get them in the spirit before the show starts.

Apparently Michel is already getting into the mermaid spirit. Soon after tweeting the announcement of the show, she posted a photo of herself with a fish tail.

Could Michele's poolside lounging be some early character work for her performance as Ariel? If the former Glee star is as hardcore an actor as her Glee character Rachel Berry, she very well may be doing some very intense method acting to get in the mood to play sea creature character. Or, she might just be getting some poolside relaxation in before the Hollywood Bowl extravaganza.

More like this
What Do BTS' "Film Out" Lyrics Mean In English? They're About A Past Relationship
By Michele Mendez
21 Taylor Swift's 'Fearless' Lyrics For Throwback Pics That Belong On The 'Gram
By Rachel Chapman
The Best Movie Soundtracks Were So Good, They'll Live On Forever
By Brandy Robidoux
Stay up to date