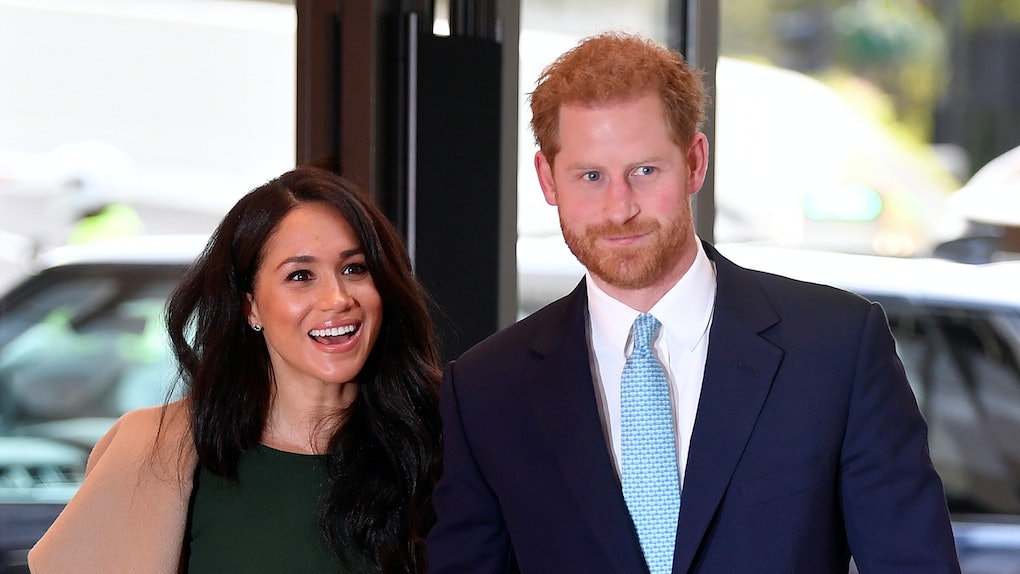 It seems like fans of Prince Harry and Meghan Markle aren't the only ones who felt the Duke and Duchess of Sussex's pain after they spoke out about the invasive tabloid coverage they receive in the Harry & Meghan: An African Journey documentary aired on Oct. 23. If you've been wondering how the royal family is helping Meghan and Harry following the documentary's release, here's some reported insight.

In the documentary, Meghan poured her heart out about the constant scrutiny she faces from the British media and how it's taken a toll on her. The former Suits actress also revealed not many people have asked her how she has been doing following the birth of Meghan and Harry's son, Archie, on May 6.

Royal expert Katie Nicholl told Entertainment Tonight "the documentary came as a bit of a bombshell for the royal family ... I don't think anyone expected Harry and Meghan to make some of the comments that they did." Kensington Palace and Buckingham Palace didn't respond to Elite Daily's request for comment.

In a heartwarming turn of events, Nicholl told ET Prince William became very worried about Harry and Meghan after seeing the film, and he and others sprung into action to be there for the couple.

"[Members of the royal family] clearly can see that this is a couple who are struggling with their new position, their new royal roles and I think members of the family have reached out to try and help," Nicholl explained. "It's my understanding that the Duchess of Cambridge has tried to communicate and has offered to be there for both of them. And the Duchess of Cornwall, Camilla, Harry's stepmother who very rarely gets involved with family dynamics, has actually reached out to Meghan as well just to see if she can help in any capacity. There's no doubt this has been a difficult time for Meghan and Harry and I think members of the family are reaching out to try and help them."

Though Nicholl says a majority of the royal family support Meghan and Harry, a source told ET some members think the couple has "gone a step too far."

The documentary wasn't the only time in recent months Harry and Meghan opened up about tabloid rumors. During their royal trip to Africa, Prince Harry announced he and Meghan would be taking legal action against The Mail on Sunday.

"My wife has become one of the latest victims of a British tabloid press that wages campaigns against individuals with no thought to the consequences – a ruthless campaign that has escalated over the past year, throughout her pregnancy and while raising our newborn son," Harry said in a statement, before adding a nod to his mother, the late Princess Diana. "I lost my mother and now I watch my wife falling victim to the same powerful forces," he said. Elite Daily previously reached out to DMG Media for comment on Prince Harry's lawsuit, but didn't hear back.

With all of those in their corner, there's hope Harry and Meghan will find some sort of comfort soon.