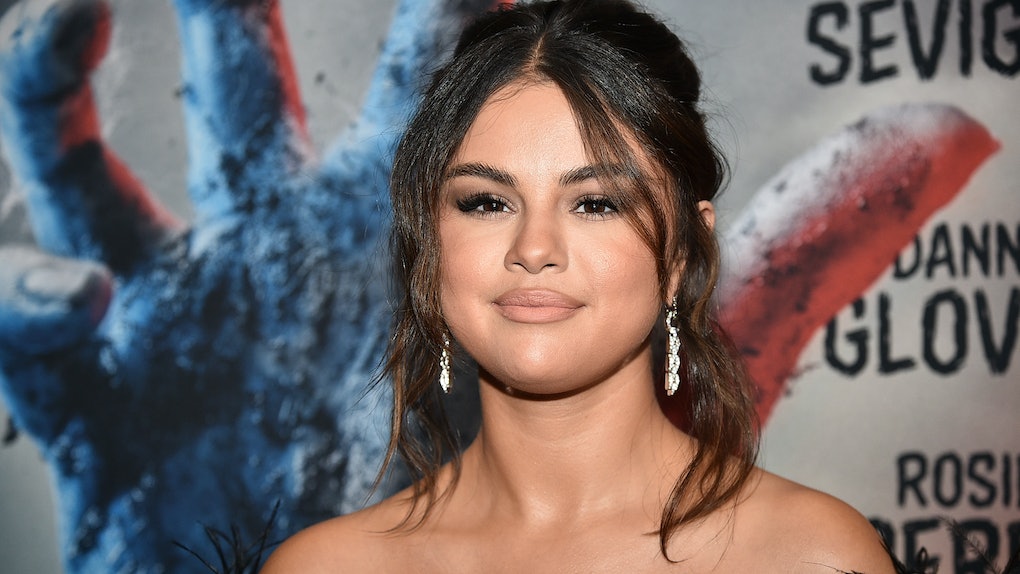 Selena Gomez has one of the most-followed Instagram accounts of all time. At 152 million followers, she comes in at number four, right after Ariana Grande and right before The Rock. Kinda cool, right? I mean, can you even imagine having that many people scroll through your feed on the daily? And get this — the former Disney star just revealed that she doesn't even have the app on her phone. That's right, you guys. The "It Ain't Me" singer doesn't have IG. So if you're now wondering how Selena Gomez uses Instagram to maintain those super-popular tiny squares of hers... well, then, join the club.

Gomez rolled up to Live with Kelly and Ryan on June 12, where she divulged her secret: She still uses the app, she just does it from someone else's phone.

"I think it’s just become really unhealthy," she told hosts Kelly Ripa and Ryan Seacrest. "I think personally, for young people including myself, to spend all of their time fixating on all these comments and letting this stuff in, and it was affecting me. It would make me depressed. It would make me feel not good about myself, and look at my body differently, and all kinds of stuff. So I actually don’t have it on my phone. I have it on someone else’s phone, and when I feel like I want to share something with my fans or just mess around with it, I do it then."

I don't know about you guys, but I actually think this plan is kind of genius.

This isn't the first time Gomez has spoken out about the way she feels about social media. Back in April, she revealed on the Coach's "Dream It Real" podcast that scrolling through other people's feeds actually made her feel kind of desolate and bad about herself.

"I got kind of depressed looking at these people who look beautiful and amazing, and it would just get me down a lot," she explained. "Just know that most of it isn’t real. And I hate to say that, I don’t mean to be rude, but it’s very unrealistic in a lot of ways."

In May, while appearing on a panel at the 72nd Cannes Film Festival, the pop star took it even further, calling social media "dangerous."

"I would say for my generation, specifically, social media has really been terrible,” she told Variety. "It does scare me when you see how exposed these young boys and young girls are. I’ll see these young girls at meet and greets. They are devastated, dealing with bullying and not being able to have their own voice."

But even with all the potential drawbacks, Gomez remains grateful that she has a platform.

"In any way I can, I’ll share things I’m very passionate about," she explained. "I don’t do a lot of pointless pictures — I like to be intentional with it."

Which is why her feed is littered with posts like this one:

I think it's pretty clear that Gomez is a national treasure, and I love that she's using Instagram in such a different, thoughtful way.