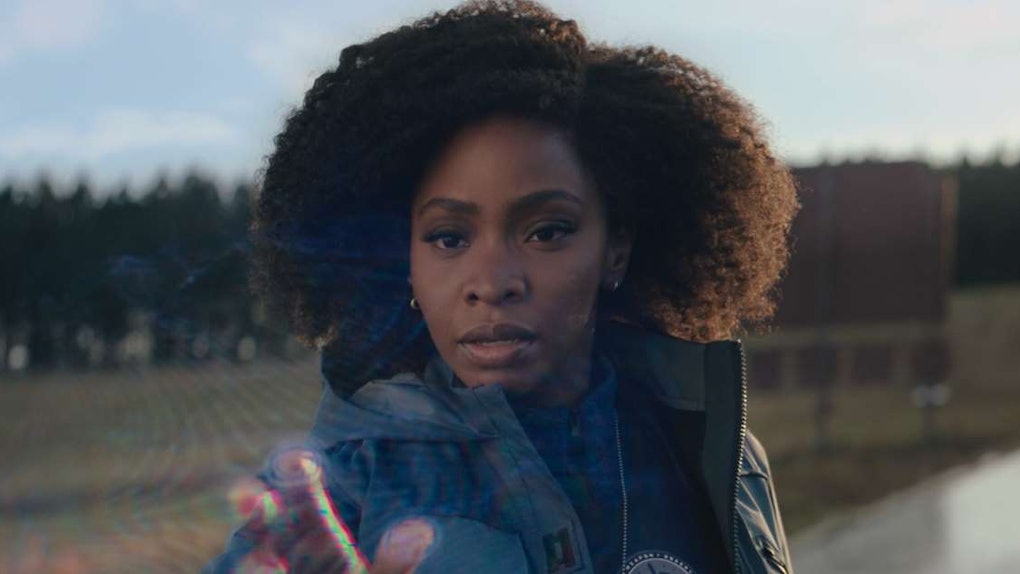 Monica Rambeau (Teyonah Parris) has come a long way since fans met her as a little girl in Captain Marvel. Throughout WandaVision, viewers watched as an adult Monica took on S.W.O.R.D. and became Photon, one of the MCU's most exciting new heroes. Now that she officially has superpowers, it won't be long before Monica meets up with her Aunt Carol (Brie Larson) for some intergalactic adventures. In fact, Monica Rambeau's WandaVision ending sets up Captain Marvel 2 perfectly.

Warning: Spoilers for the WandaVision finale follow. In the March 5 finale, fans saw Monica show off her new energy-manipulation powers as she faced off against Director Hayward (Josh Stamberg) and his cronies. But since WandaVision is primarily Wanda's story, the show mainly acted as an origin story for Photon. Luckily, Parris will return as Monica in Captain Marvel 2, and the finale's mid-credits scene hints at what's next for her.

The episode's mid-credits scene showed Monica helping clean up Westview and looking on as Hayward was (finally!) led away in handcuffs. But just as she was catching up with Jimmy Woo (Randall Park), a random S.W.O.R.D. Agent Ramirez (Selena Anduze) pulled Monica into the local movie theater to talk. Inside, the agent revealed she was actually a Skrull, the alien race of shapeshifters introduced in Captain Marvel.

"I was sent by an old friend of your mother's. He heard you've been grounded. He'd like to meet you," the Skrull told Monica. When Monica asked where, the Skrull simply pointed up at the sky and Monica slowly smiled.

While the exact identity of Maria Rambeau's (Lashana Lynch) friend wasn't revealed, there's a good chance he's Nick Fury (Samuel L. Jackson) himself. At the end of Spider-Man: Far From Home, it was revealed that Fury was relaxing at an intergalactic base while a Skrull posed as him back on Earth. The inclusion of Skrulls ties perfectly into Marvel's upcoming show based on the comics' Secret Invasion storyline, in which Fury and Skrull agent Talos (Ben Mendelsohn) are tasked with stopping a secret invasion of evil Skrulls.

While the scene was short, it left fans with plenty to consider until Captain Marvel 2 arrives in late 2022. While it was basically a given that adult Monica and Carol Danvers would eventually reunite, this confirmation that they'll see each other again means Marvel fans will finally get to see Monica hash out her complicated feelings toward her dear family friend.

When Jimmy and Darcy Lewis (Kat Dennings) brought up Captain Marvel in WandaVision Episode 5, Monica abruptly changed the subject. It seemed like she was upset at Carol for essentially abandoning the Rambeau family as her best friend and Monica's mother, Maria, died of cancer. When the two meet up again in Captain Marvel 2, expect things between them to be rocky.

Fans will have to wait and see exactly what goes down when Captain Marvel 2 hits theaters on Nov. 11, 2022, but rest assured: You haven't seen the last of Monica Rambeau.