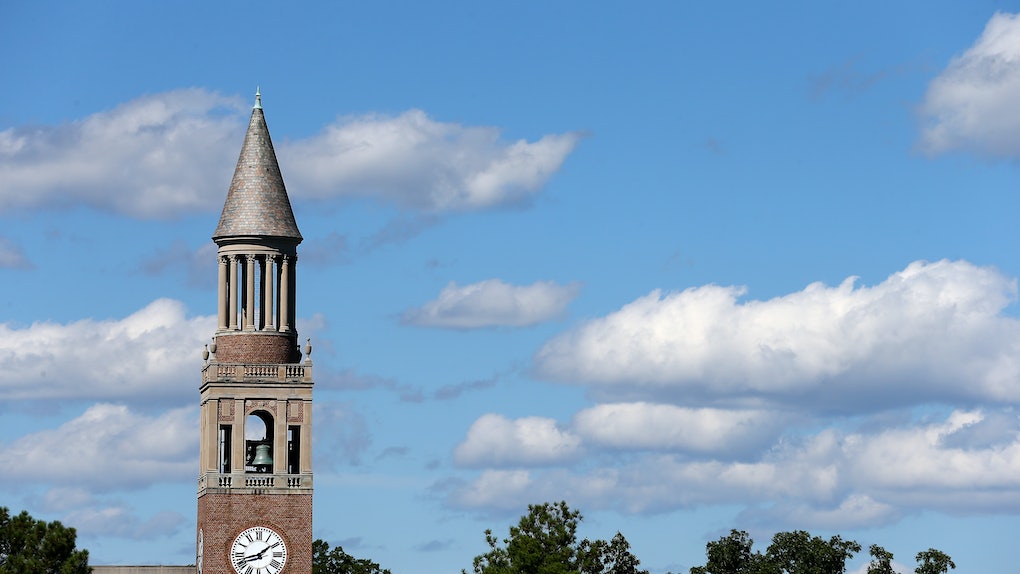 Here Are 3 Ways To Help After The UNCC Shooting, Because Anything Helps

It's another tragedy. On Tuesday, April 30, two people were killed and several more were injured when a gunman opened fire on University of North Carolina at Charlotte (UNCC) in Charlotte, North Carolina. While gun issues and mass shootings have increasingly become part of the public conversation over the past few years, it never stops being upsetting and horrifying. If you feel the need to take action, here's three ways to help after the UNCC shooting, because there are things you can do.

On April 30, at 5:42 p.m. local time, police received reports that there was an active shooter on UNCC's campus, according to the Charlotte Observer. A few minutes later, students were evacuated from buildings on campus and the school went on lockdown for hours. Two victims, Ellis Parlier, 19, of Midland, and Riley Howell, 21, of Waynesville were identified by authorities as those killed. Four more were injured.

This incident is among the 17,175 incidents of gun violence and 4,522 deaths in the United States so far this year, according to the Gun Violence Archive. The archive counts 104 mass shootings in 2019 alone.

It's difficult to recover from experiencing mass shootings, but there are still ways you can stand up and help out those in need. Want to know what you can do? Here's a list of things that could make a huge difference.

For those in the Charlotte area, you can step up and do your part by visiting your closest hospital to donate blood. Not only could this help the victims of the UNCC shooting, but it also goes to other causes, such as patients with blood disorders, burn victims, and surgeries.

There's no telling when blood donations will be key to help those in need, so take a moment and consider the impact.

When tragedies like these happen, it's always helpful to have a supportive community. In order to honor the victims and survivors of the mass shooting, UNCC is holding a vigil on Wednesday, May 1 at 6 p.m. local time in UNCC's Halton Arena.

For those based in Charlotte, consider attending the vigil to show solidarity with UNCC's student body. However, everyone can still show their respect by having a moment of silence in honor of the Charlotte community.

The topic of gun violence has become one of the most contested debates in the United States. The shooting at UNCC occurred one day after an armed gunman opened fire at the Chabad of Poway in Poway, California which killed one person and numerous were injured.

We're less than halfway into 2019 and there have already been over 100 mass shootings, per the Gun Violence Archive. However, there's a way you can help. If you want to stand up and speak out against gun violence, make sure to call your congressional representatives to let them know what you think. Not sure what to talk about? You can check out gun safety advocacy group Everytown for Gun Safety's learning resources to get an idea of what's going on.

Not sure how to find your member of Congress, either? The United States House of Representatives' website has a full list here. You can also find contact information for your state's senators here.

The tragic UNCC mass shooting is yet another gun violence tragedy, and it will take a while for this community to recover. Whether it's a blood donation, or attending a vigil, anything could help.