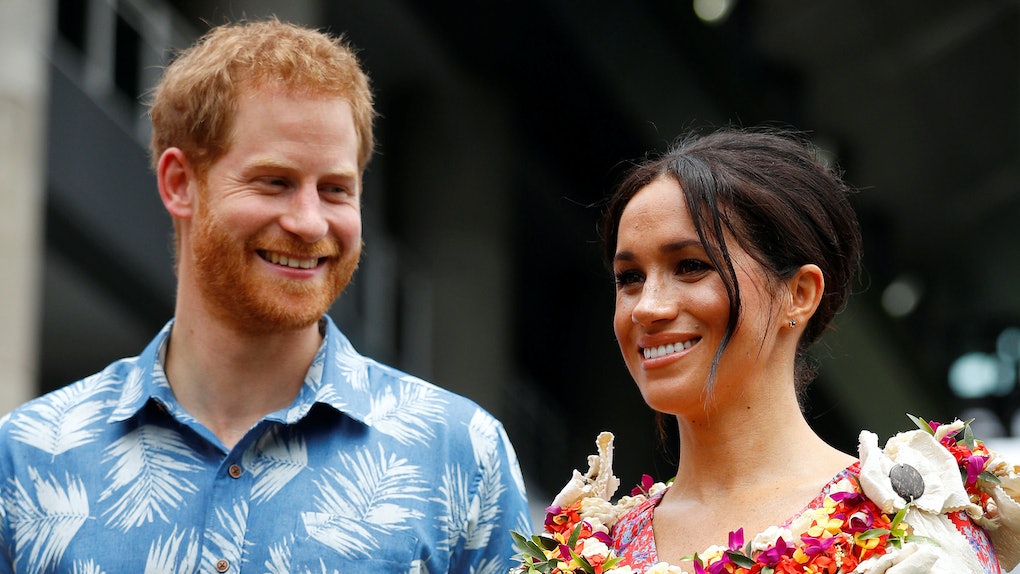 Have Meghan & Harry Rescheduled Their U.S. Tour? It May Happen Sooner Than You Think

Meghan Markle and Prince Harry are making lots and lots of plans at the moment. The holidays are in full swing and the couple’s first child is on the way, so there's much to do but so little time. With all that’s happening right now, it shouldn’t come as a surprise that the royal couple is reconsidering their plans for a U.S. tour in 2019. Have Meghan and Harry rescheduled their U.S. tour? Well, they’re certainly planning to get to the U.S. as early as possible, according to a new report from Entertainment Tonight!

In ET’s report, royal expert Katie Nicholl explained that the couple is likely in the “very early” stages of planning the tour. Meghan and Harry are reportedly visiting the United States very soon after their new baby is born. The royal family will apparently be touring the U.S. and Canada in the fall of 2019, so that’s just a few months after Meghan is due to give birth. Elite Daily reached out to Kensington Palace for comment on the report, but did not hear back by the time of publication.

Back in October 2018, TMZ reported that Harry and Meghan had decided to postpone their U.S. tour. The reason? The royal family wanted to give Meghan time to settle into her new role as a mother. So, the fall of 2019 is likely the earliest time Meghan and Harry can make it across the pond.

In the meantime, though, the Duke and Duchess of Sussex are making plans for the holidays. And according to Nicholl, the two are set to spend the Christmas holiday with Prince William and Kate Middleton despite all the rumors that a behind-the-scenes feud is brewing.

"The four of them will be at Sandringham for Christmas Day, hosted by the queen, but of course, the queen and her family, perhaps, in many ways, is no different than other families — there are feuds, there are rifts," Nicholl told ET. "For Christmas Day at least, William and Harry are going to have to bury the hatchet, put a few wobbles behind them. It's not like they're not talking — they're still incredibly close as brothers — but there have been fallouts, there has been tension.”

Sounds like William and Harry will have to put their differences aside for the holiday.

"Christmas is a good time for goodwill and forgiveness, so let's hope we see the princes do just that," Nicholl added.

As you may have heard, Meghan has been the subject of quite a lot of intrigue lately, and that’s reportedly causing some tension in the royal family. Vanity Fair recently reported that there’s some tension between Prince Harry and Prince William. And in the wake of that, Kate and Meghan are doing what they can to get along.

“Kate and Meghan are very different people and they don’t have a lot in common but they have made an effort to get along,” an insider source for Vanity Fair said. “Any issues are between the brothers.”

According to an earlier report from Vanity Fair, Harry and William had a falling out during Christmas 2017 over Meghan. Elite Daily reached out to Kensington Palace for comment but did not hear back.

“Harry felt William wasn’t rolling out the red carpet for Meghan and told him so,” a source for Vanity Fair revealed. “They had a bit of a fall out which was only resolved when Charles stepped in and asked William to make an effort. That’s when the Cambridges invited the Sussexes to spend Christmas with them.”

Well, it sounds like the royals have a lot to discuss over the holidays. Hopefully all will be smoothed over by the new year!