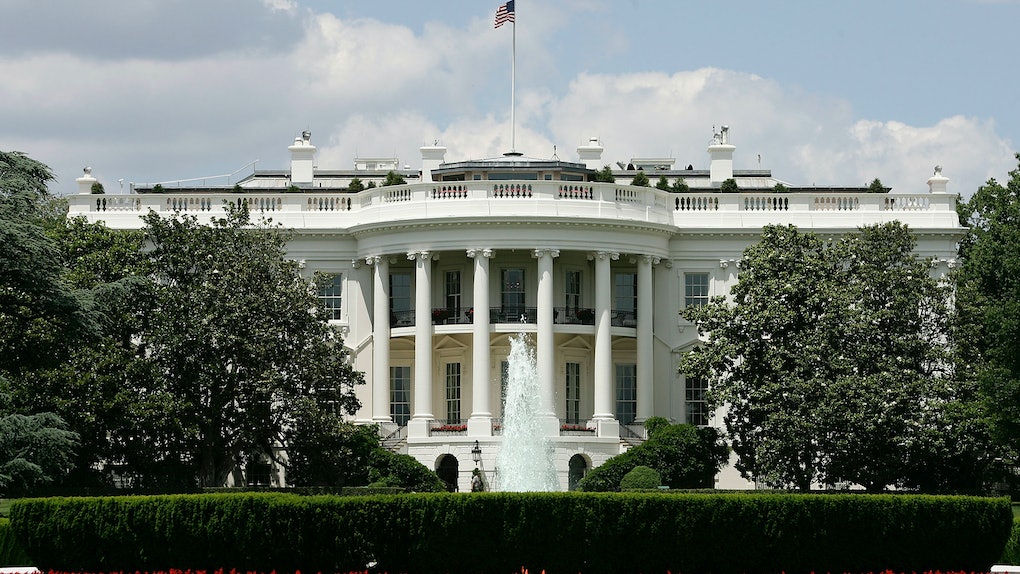 Has A President Ever Lost His Party's Nomination For Re-Election? It's Happened A Few Times

At the moment, it's safe to say that President Donald Trump isn't necessarily the most popular man of the hour. On Friday, Feb. 15, Trump shocked everyone when he declared a national emergency in an effort to get funding for his $5.7 billion border wall between the United States and Mexico, which has led him to be in hot water from political officials and American citizens alike. However, as the 2020 presidential election draws closer, Trump will probably need more support in his corner if he wants to clinch another presidency. So, one has to wonder: has a president ever lost his party's nomination for re-election? It wouldn't be a first.

According to NPR, there's only been one instance that a president has been denied his party's nomination, and that happened to 14th President Franklin Pierce, who was a Democrat. Despite Pierce being the only actual president who lost his nomination, there were a handful of other presidents who were denied the nomination of their party, and there's a pattern that goes with that. According to NPR, four presidents lost their nomination but were never officially elected. This includes John Tyler, Millard Fillmore, Andrew Johnson, and Chester Arthur.

Why was Pierce denied his nomination, you may ask? Well, as a member of the Democratic party, Pierce's standing on slavery issues, which leaned towards the confederate side, made him lose quite a bit of support from voters. In addition, he supported the pro-slavery Kansas-Nebraska Act of 1854, which quickly went downhill once Kansas was overrun by pro-slavery individuals. This angered Northerners and eventually led to the creation of the Republican party. You're welcome for the quick history lesson.

Even though 2019 may have just started, the 2020 presidential election will be here before we know it and Trump might be feeling the heat. While the Democratic party has been announcing new nominees on what feels like a daily basis, there's been less action from the Republican party in regards to the election. However, as of Friday, Feb. 15, Massachusetts Gov. Bill Weld announced that he plans to launch an exploratory committee to run in 2020 for president as a Republican. That day, he spoke to a crowd in New Hampshire sharing the news and stating that he hopes the 2020 Republican Party will return to its roots. Weld said,

I hope to see the Republican Party assume once again the mantle of being the party of Lincoln. It upsets me that our energies as a society are being sapped by the President's culture of divisiveness in Washington. Because of the many concerns I've talked about today, I've established an exploratory committee, as a Republican in the 2020 election.

Weld's announcement makes him one of the first politicians to run in 2020 as a Republican, but his journey to the top is bound to be difficult. According to CNN, presidents have only faced serious primary challenges in presidential elections when the approval rating among their own party is below 75 percent. Well, as of the week of Feb. 1, a Gallup poll revealed that Trump currently has an 89 percent approval rate among Republicans. So, that being the case, he may not have much to worry about when it comes to his nomination.

Even if it might be a year away, the 2020 presidential election is certainly going to be one for the books. Let's see if history repeats itself.