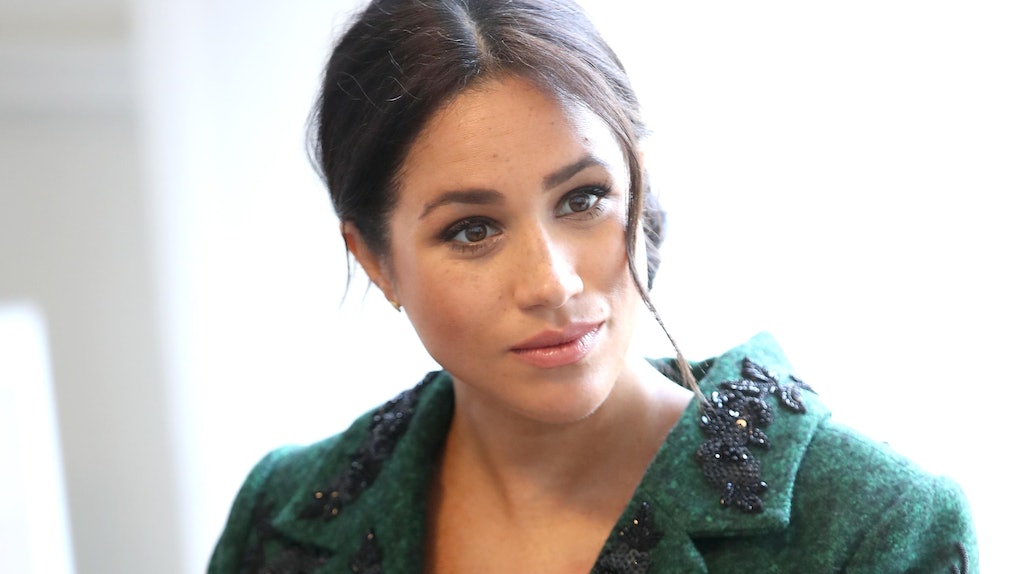 Harry's "Friend" Is Bummed Meghan's "Pushing" Him Away & LOL, RUFKM?

Apparently, your boyfriend isn't the only one with needy friends. It turns out Prince Harry's "friend" is bummed Meghan's "pushing" him away. ICYMI, on a June 4 episode of talkRadio, British TV personality Lizzie Cundy dished on how Harry's friends reportedly feel about Meghan, and TBH, it sounds a little suss.

Before we get into it, it's probably also important to note that Cosmopolitan reports that Lizzie "considers herself a former friend of Meghan." Hmm. Yeah, considering the fact that she's appearing on radio shows to gossip about her, I'm going to go ahead and guess that friendship was never super genuine.

But I digress. The point is, Lizzie appeared on the radio show to share what some of her friends, who also reportedly happen to be friends of Harry's, have been saying about Harry and Meghan since the two tied the knot. Apparently, according to Lizzie, some of Harry's friends are bummed their boy isn't as down to hang as he was, you know, before he got married and had a child. “One thing I have heard — because I’m friends with a lot of Harry’s friends, one is a very close friend — is that she has pushed them all out," she told the radio show.

Then, she went on to use a common British phrase to further diss her "former friend." For those of you who haven't spent a lot of time spilling tea in the United Kingdom, "ruling the roost" essentially means you're being controlling. And it's exactly the phrase Lizzie used to burn Meghan.

“She’s ruling the roost,” Lizzie continued. “This friend, I won’t name him, he had Harry on his shoulders in Las Vegas when he got into that trouble. He was a really good, solid friend — covered for him, everything — he has been elbowed right out.”

OK, wow. Lots to unpack here. First and foremost, let's talk about "that trouble" Harry got into in Las Vegas. The situation Lizzie is referring to, of course, is when TMZ caught Harry on-camera in 2012 playing strip pool in his suite with some women he reportedly met out partying. 2012 was also seven years ago. A lot can happen in seven years, including personal growth, maturity, and, IDK, marriage and a baby? People change, so it's quite possible that Harry outgrew his party crew, and Meghan is being blamed for it.

Elite Daily reached out to Kensington Palace for comment regarding Lizzie's allegations. They very politely responded by saying that they have no comment on the matter.

The jury's out on who this dude is and if he even exists, but the fact of the matter is that people change! And that's totally fine. Harry might have been a party boy who wanted to play strip poker with random women almost a decade ago, but now he's a devoted husband and father who really loves his child. No, seriously. If you haven't already, I highly recommend checking out this clip of Harry announcing the birth of his son with Meghan:

For those of you who can't listen right now, Harry says, "I'm very excited to announce that Meghan and myself had a baby boy earlier this morning," Harry told a reporter. "A very healthy boy. Mother and baby are doing incredibly well. It's been the most amazing experience I could ever have possibly imagined. How any woman does what they do is beyond comprehension."

See? The guy's clearly too pumped about #DadLife to be worrying about missing hang time with his boys. Let's just leave poor Meghan out of it.

More like this
Sofia Richie Rumored Boyfriend, Elliot Grainge, Is Reportedly A Family Friend
By Corinne Sullivan
10 'Gossip Girl' Actors Who Dated Each Other IRL
By Corinne Sullivan
Travis Barker Tattooed Kourtney Kardashian's Name On His Chest
By Joyann Jeffrey
Stay up to date