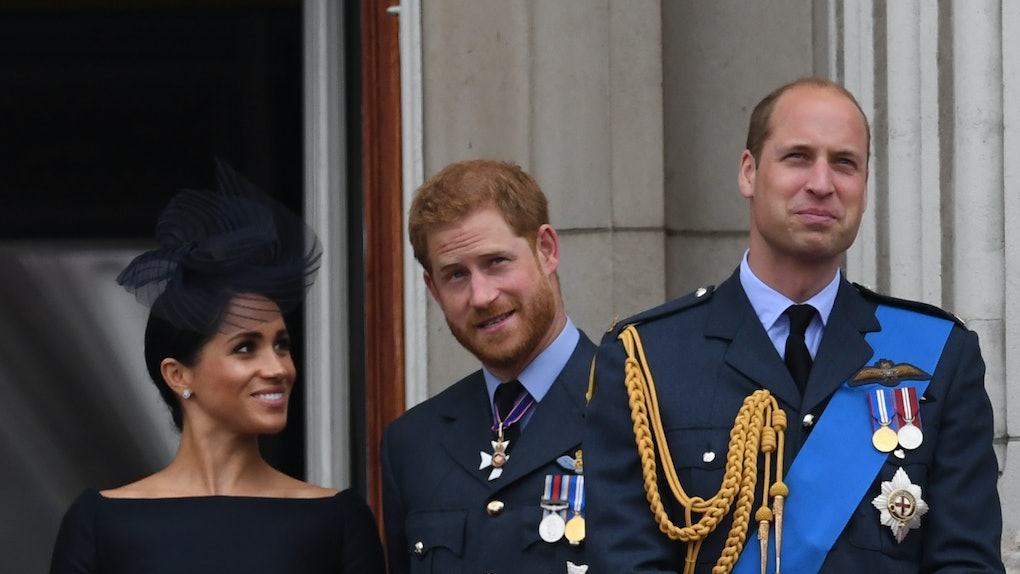 Prince William and Prince Harry aren't putting up with for hateful rumors anymore. After talk began to swirl that William's "bullying behavior" towards Duchess Meghan is what led Harry and Meghan to step down as senior royals, the brothers spoke out to clear the air. Harry and William's response to royal bullying rumors puts the spotlight on mental health.

Days after Harry and Meghan released a statement on Instagram announcing they plan to "step back as ‘senior’ members of the Royal Family and work to become financially independent," The Times reported that it was due, in part, to William's unfriendly behavior toward Meghan. Well, Harry and William were quick to put an end to the gossip in a rare joint statement, proving that, despite whatever is going on behind closed doors, their focus is on putting family first and raising awareness about mental health issues.

"Despite clear denials, a false story ran in a UK newspaper today speculating about the relationship between the Duke of Sussex and the Duke of Cambridge," spokespeople for Harry and William said. "For brothers who care so deeply about the issues surrounding mental health, the use of inflammatory language in this way is offensive and potentially harmful."

While Prince William didn't bully Prince Harry and Meghan into making their life-changing decision — reportedly without telling any members of the royal family — Prince Harry has spoken out about how his relationship with his older brother has, indeed, changed. During an interview with ITV in October 2019, Harry addressed rumors of a falling-out, saying:

Harry and William might not always see eye to eye, but it's admirable that they joined forces to shut down rumors and raise awareness about an important cause like mental health.