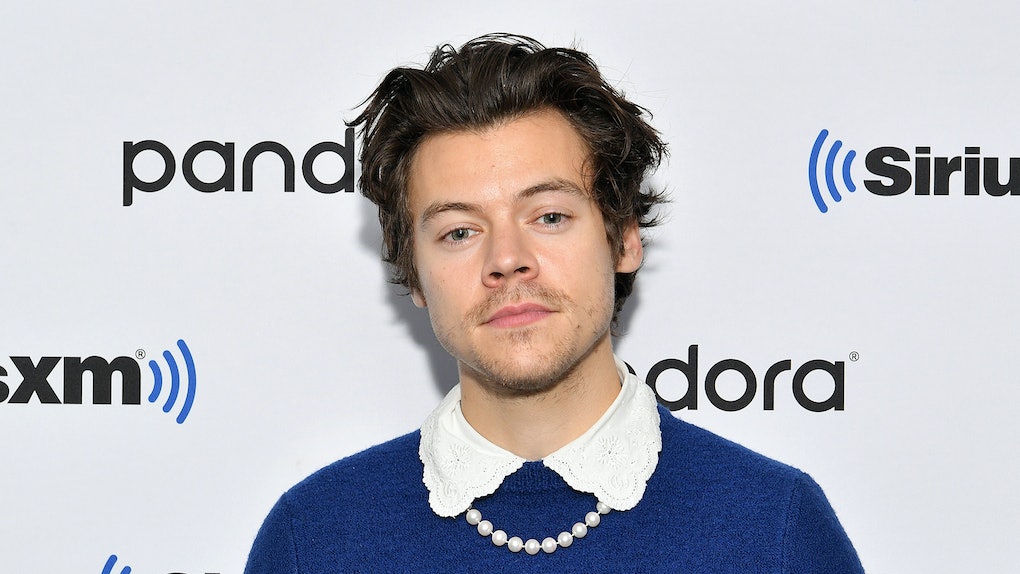 Harry Styles has come a long way since his time in One Direction. From 2010 to 2016, Styles was a key member of the boy band alongside Niall Horan, Zayn Malik, Liam Payne, and Louis Tomlinson, but he's now a booming solo artist with an already iconic career. Despite the groups decision to split in 2016, Styles knows he owes a lot to that part of his life and legacy. Harry Styles' quotes about loving One Direction are so pure.

While some celebs are embarrassed to reflect on their time as a young artist, Styles seems to have completely different feelings about his humble beginnings. During his December cover interview for Vogue, Styles admits he initially auditioned for The X Factor "to find out if I could sing, or if my mum was just being nice to me." That audition led him to be grouped with Horan, Malik, Payne, and Tomlinson, and the rest is 1D history — a history that plays a major part in who Styles is today.

"I think the typical thing is to come out of a band like that and almost feel like you have to apologize for being in it,” Styles said. "But I loved my time in it. It was all new to me, and I was trying to learn as much as I could. I wanted to soak it in ... I think that’s probably why I like traveling now—soaking stuff up."

Styles also thanks One Direction's loyal fans for helping him overcome his stage fright, which he says caused him to throw up many times before shows early in his career.

“I just always thought I was going to mess up or something,” he explained. “But I’ve felt really lucky to have a group of incredibly generous fans. They’re generous emotionally — and when they come to the show, they give so much that it creates this atmosphere that I’ve always found so loving and accepting.”

As much as Styles still loves One Direction, Directioners still very much love Styles.

More like this
These Songs About Loving Yourself Need To Be On Your Playlist
By Michele Mendez
The 'Glee' Cast's Tribute To Naya Rivera At The 2021 GLAAD Media Awards Was So Moving
By Abby Monteil
Taylor Swift's 'Fearless (Taylor's Version)' Lyric Changes Are Small, But Meaningful
By Michele Mendez
Stay up to date