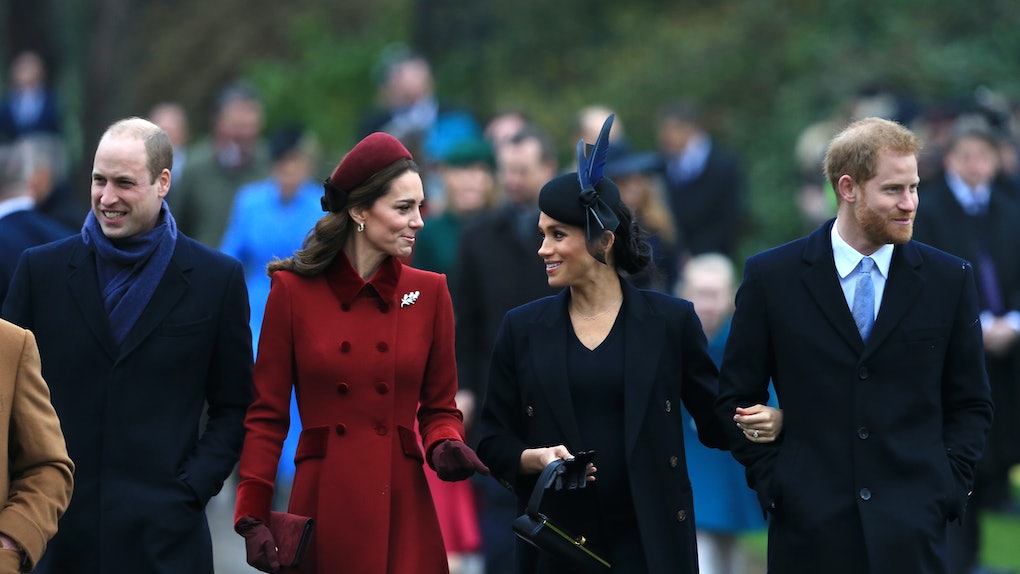 Harry, Meghan, William, & Kate Have Officially Split, But Not In The Way You Think

There's been so much rumored drama around the royals, with reports constantly coming out that the couples are at odds with one another. Well, as it turns out, a split actually did happen, but it's for a very good cause. Harry, Meghan, William, and Kate have officially split, just not in the way you might think. You see, Prince Harry and Meghan Markle have decided to exit Prince William and Kate Middleton's charity.

As of Thursday, June 20, Kensington Palace officially announced Prince Harry and Meghan Markle are removing themselves from the Royal Foundation, but for a worthy cause: because the Duke and Duchess of Sussex are planning to start their own organization.

The statement obtained by Entertainment Tonight, detailed the split as follows:

That just means there are going to be two charitable foundations as opposed to one, which means there's even more good that can be done! More specifically, it's been suggested by People, that due to Prince William's expectation to take the throne, his path and duties with the Royal Foundation are more "restrictive" while the Duke and Duchess of Sussex will be able to be "have more flexibility" with their charitable projects, like working on a mental health series with Oprah.

"These changes are designed to best complement the work and responsibilities of Their Royal Highnesses as they prepare for their future roles, and to better align their charitable activity with their new households," the statement continued. "The Duke and Duchess of Cambridge and The Duke and Duchess of Sussex are incredibly proud of what they have achieved together through The Royal Foundation, They are especially proud to have established a charity that has had, and will continue to have, significant long-lasting impact, changing lives for the better."

Prince Harry and Meghan's charity, which does not have a name at this time, will receive transitional support from the Royal Foundation now under Prince William and Kate.

It all sounds a little chaotic, but before you think this is a messy and ill-thought-out divide stemming from some sort of personal split, well, ET's source said the couples are on "better footing." In addition, the split among the charities was to be expected as there were "ongoing discussions about disentangling the finances" for some time.

The Sussexes have been paving their own royal path for quite some time, so this move should not come as a surprise to anyone who's been following the royal family closely over the past two years. I'm excited to see what good the Cambridges and Sussexes' separate charities have in store!

More like this
Here's Why Harry & William Will Not Walk Together At Prince Philip's Funeral
By Brandy Robidoux
Will Prince Harry Attend Prince Philip's Funeral? He's Reportedly Planning On It
By Cianna Garrison
Are Meghan & Harry Getting Paid For Their Netflix Show? Here's The Deal
By Sydney N. Sweeney
Stay up to date