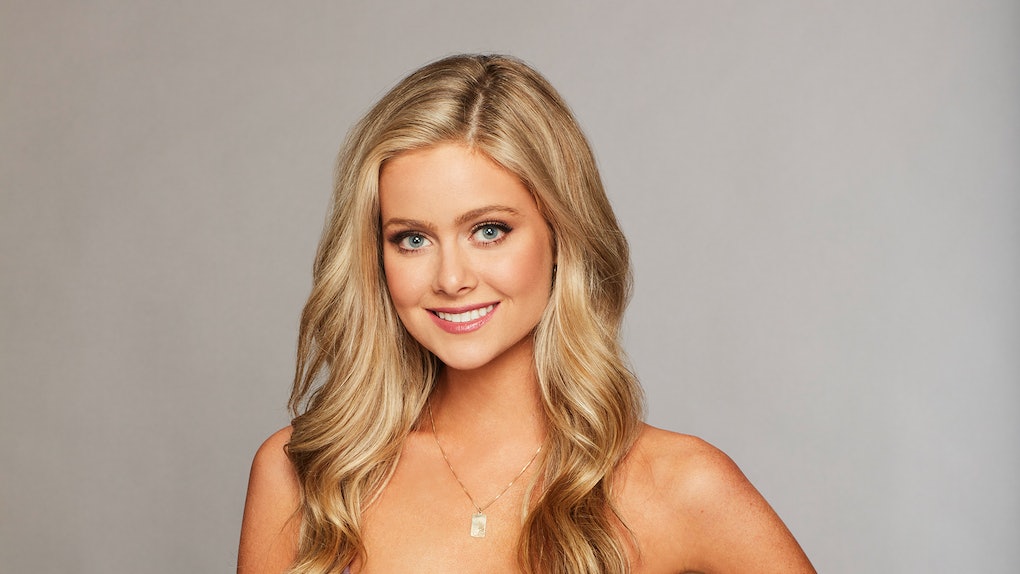 Before she shocked Bachelor Nation with her well-versed explanation of her situation on "After the Final Rose," Hannah G.'s only showcase of personality on The Bachelor came from her rapping on a hometown date. She may not have received a rose in the competition's last few weeks, but Hannah G.'s "Bachelor Rap Redemption" is simultaneously worthy of both a rose and an awkward limo exit. It's good to know that Hannah at least has a musical future in store.

ICYMI, Hannah G. was caught rapping like a female Eminem in a deleted scene during her Alabama hometown date. Airing during the episode credits, the moment was just as awkward as it sounds, but fans soaked up all of the cringe. Like every other musical performance in the world, the spontaneous rap earned both raves and disses. However, seeing as it was the only time Hannah G. let her true self shine, it was better than nothing.

Hannah probably won over any rap haters when, to paraphrase The Real World, she stopped being polite and started getting real after Colton dumped her. She was super relatable when she told Colton, "This is what I do. I make everybody better, and then they don't want to stick around." Her defense of herself on "After the Final Rose" was empowering and well-crafted, but Hannah G. evidently still wants fans to know she can crack a joke.

In addition to speaking exclusively to E! News after her elimination, Hannah starred in a "rap video" for the website. You can watch it below, and if you're here for the right reasons, you'll play it ASAP.

Called "Hannah G.'s Bachelor Rap Redemption," the tune features the 23-year-old content creator shaking her stuff in front of what looks like gym lockers. Using some of those fierce Instagram poses, Hannah raps, "Was doing well on The Bachelor / Got the first impression rose / Had some steamy makeout scenes / But the ending really blows."

This was the point where I reached an odd feeling of mixed delight and repulsion, but isn't that what The Bachelor's for?

Her rap continues to highlight fantasy suite week and her belief that she was the one for Colton. Reaching the point of Colton's fence jump, Hannah even attempted her own jump in the video, but like most people who have tried a similar vault, she failed. "Had no clue what was happening / Went to bed with pleasant dreams," she raps. "And now I'm reliving it with all the 'Hannah waiting' memes."

In the end, Hannah G. comes away as the victor once again, admitting that nothing can be bad as last Bachelor season's Arie-Becca fiasco. And in case you were curious about whether she fancies herself a serious rapper, the clip even included a blooper of her questioning what dance moves are best for a rap artist. Basically, Hannah G. is just aspiring for more like the rest of us are.

It looks like we have rapping jokes to look forward to when Hannah G. returns as the Bachelorette or a Bachelor in Paradise contestant. Let's hope that she finds her artistic match either way.

Season 15 of The Bachelorette premieres this May on ABC.