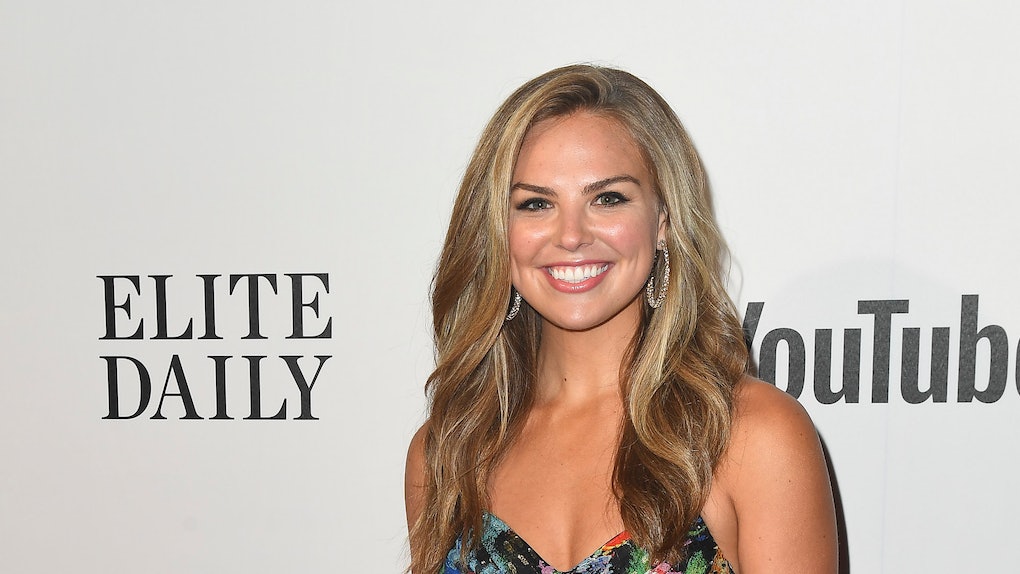 Hannah B.’s Quote About ‘The Bachelorette’ Making Her Stronger Will Make You Root For Her — EXCLUSIVE

Season 15 of The Bachelorette is in full swing, which means your Monday nights are probably dedicated to wine, fantasy drafts, and dissecting every sweet moment between Hannah Brown and her bachelors. Bachelor Nation contestants may essentially be sworn to secrecy about how the season ends once the finale airs, but they are allowed to talk about certain aspects of their time on the show, like the impact it had on their lives. Hannah B.'s quote about The Bachelorette making her stronger will have you feeling all the feels and fully rooting for her to find love, if you weren't already.

At the June 10 premiere of ABC's new show Grand Hotel (airing June 17 at 10 p.m.) in Miami, Florida, Hannah B. spoke with Elite Daily about the impact being the Bachelorette had on her, and points out there's really nothing she would do differently. "I had tough moments. I had breakdowns, I had breakthroughs, and I think it ultimately made me who I am now, and I like who I am now," she says. "It made me stronger, it made me realize my strength. If I wouldn’t have had to go through some of the things that I went through, I wouldn't really know that and be who I am now."

When asked how she feels about watching her season of The Bachelorette every week, Hannah says it brings up a lot of emotions for her, but that every one was authentic. "Regardless of if it hurts my heart, if it brings me joy at times or makes me angry, it's all the real feelings that happened," Hannah explains. "So, it's really exciting getting to watch it and watch myself figure out what I want and what I need."

When Season 15 premiered on May 13, they had just finished filming the finale, which means the cast and crew were still in the final filming location. "[Watching it has] been cool because I still have all those feelings because it wasn't that long ago for me," she says. "Even though sometimes I'm like 'Oh, why did I do that?', it's exactly what happened, and it feels organic, it feels real, it really is my experience."

While Hannah wouldn't tell us if she was in love or engaged post-filming, she did open up about what she was looking for on the show. "I've been in love before, and I wanted to find that, so I know what that is and what I'm looking for," she says. "But I also was open to something different, because it hasn't worked in the past for me for forever." Hannah also points out that a lot of the men on her season of The Bachelorette had a lot of the qualities she was looking for in a "forever partner." "So, that's really exciting, but I'm still trying to navigate that to see if it's something that can be forever," she explains.

Only time will tell how Hannah's season ends, but one thing's for sure: This experience changed her in ways that she's proud of, and I can't wait to see what comes next. Season 15 of The Bachelorette continues at 8 p.m. ET on Monday, June 17, on ABC.